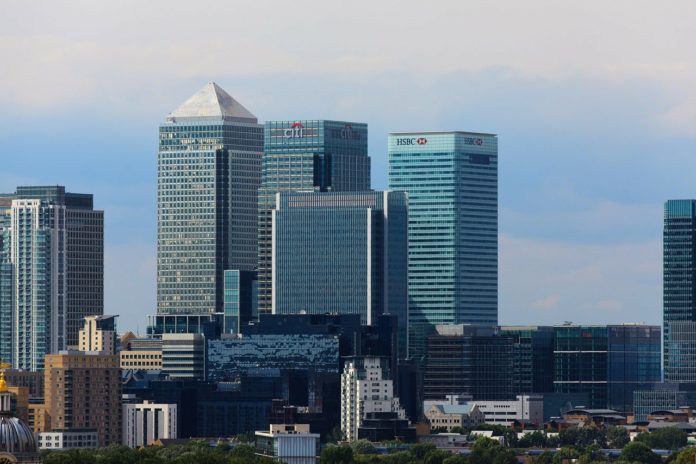 Are you confused about crypto? Does blockchain boggle your brain? Then panic not. Here at CoinCentral, we live and breathe this stuff every single day of the week. So for the benefit of the uninitiated, we’ve put together a summary of how it all works that’s so simple, even your granny will get it. This is our guide to Bitcoin for dummies.

Bitcoin is a peer-to-peer digital currency, where transactions are recorded on a distributed ledger. Don’t get scared by all the term because we’ll break it down a step at a time.

A Step-by-Step Guide to Bitcoin for Dummies

“Fiat” is the name of the currencies we use every day, the ones like US dollars, Mexican pesos, or Japanese yen, issued by central banks. These currencies evolved out of a need to create stored value. Their value derives from the faith we have in central banks to honor that value. So, if Alice gives cash to Bob in the form of say, a dollar bill, it’s dependent on the US government to honor the value of that dollar bill.

Let’s say Alice wants to make an electronic money transfer to Bob. She has to go via a bank or another financial institution to do this. She can’t just email him the money. That would be insane, right? Because as an email attachment, you could copy the money an infinite number of times. Alice could just duplicate all her money and send the same funds over and over again to Charlie, Debbie, Eric, and all the other letters of the alphabet.

They don’t let us just copy our money. So unfair.

The risk of duplication in digital money is what’s known as “the double spend” problem. Solving it is what makes Bitcoin such an ingenious invention. When Alice sends Bob a money transfer via a bank, the banks accounting ledgers update the balances of both accounts to reflect that Alice now has less money and Bob has more.

With Bitcoin, there is one digital ledger of all the Bitcoin transactions that have ever taken place. It means Alice can send bitcoin to Bob directly without ever needing to go through a bank or other third party. When the transfer of bitcoins happens, the Bitcoin ledger updates to show that Alice’s digital wallet now has less bitcoin (or BTC, as it’s also known) and Bob’s has more.

Note: We use a lower-case “b” for bitcoin, the currency, and an upper-case “B” for Bitcoin, the network.

The “digital” part of digital currency means that bitcoins don’t physically exist. They are digital representations of currency. This is a little bit like the numbers that show your bank balance until you spend the money. So, we know the peer-to-peer part, and we know the digital currency part. Next up in Bitcoin for dummies – distributed ledgers.

What’s a Distributed Ledger and Who Updates the Bitcoin Ledger?

A distributed ledger is a log of transactions stored on multiple computers. In Bitcoin, these computers are called nodes. The nodes all work together to update and store the ledger with all the transactions that take place.

Many Bitcoin for dummies guides use the analogy of a Google Doc versus a Microsoft Word document. If many people are working on an MS Word document, you end up needing one person to keep a “master” copy to control who’s updating what. Otherwise, you end up with many copies all with different changes. The role of this person is comparable to the role a bank plays in intermediating money transfers.

With a Google doc, many people can work on the same document. Google updates it in real time, so no “master controller” role is needed.

Under the Hood of a Distributed Ledger

Ok, we know we said “Bitcoin for dummies,” but we need to get a little more detailed now. With a distributed ledger, what happens behind the scenes is more complex than just saving a document into the cloud. In Bitcoin, transactions are grouped in blocks. And, each Bitcoin miner is competing with all the others in a race to mine the next block. To successfully win the race, they have to expend a vast amount of computing power to solve a cryptographic puzzle. In Bitcoin, we call this “proof of work.” This is a miner – they work really hard.

This expenditure of power plays on the principles of game theory. The power expenditure means the miners have some skin in the game. In return, they receive some newly minted bitcoins when they successfully mine the next block.

Once a miner successfully mines the block, all the other computers (nodes) on the network have to agree that it’s valid. While the process of mining a block is complex, the process of verifying it is relatively easy.

Each block has its own cryptographic hash, which is like a kind of unique description of a fixed length. Each new block contains a reference to the unique hash of its immediate predecessor. This creates a chain, which is where the word blockchain comes from.

If you’re still keeping up, then well done. You’re graduating from Bitcoin for dummies to someone who knows a little more than the average Joe.

One further point to note is about the way a hash function works. When you create a hash, you always need to provide exactly the same inputs to get the same hash output. A tiny change in the input will result in a different hash output.

Therefore, if someone tries to change a transaction from the past, they’d have to replicate that change across every subsequent block. This makes tampering with a blockchain computationally unfeasible unless you control a majority of the computing power of the whole network.

Due to their unalterable nature, we call Bitcoin transactions immutable. We call the scenario where someone gains majority control of the computing power a 51% attack because 51% represents a majority.

Thus, mining not only creates new bitcoins, but it also serves as the way that the entire network achieves consensus on the overall state of the ledger. Each player has an incentive to act for the good of the network. They ensure the integrity of transactions, for which they earn bitcoins.

Who Came Up With All This?

That is one of the biggest mysteries in the world of cryptocurrencies. Nobody knows who came up with Bitcoin. We know that it was someone, or multiple people, operating under the pseudonym Satoshi Nakamoto. However, the elusive Satoshi has declined to ever reveal his identity. Whoever he is, he owns a lot of bitcoins, and due to the appreciation in value, he’s now a very wealthy man.

Bitcoin is undoubtedly the work of a genius, creating a financial revolution all by itself. A single bitcoin reached $20k in value at the end of 2017. However, the real genius is in the invention of the blockchain. The technology underpinning Bitcoin is proving its value in areas including supply chain, finance and even helping fight climate change.

While there’s a lot more going on under the hood, this guide to Bitcoin for dummies should give any total newcomers enough necessary information to sound like they know a little of what they’re talking about. And of course, if you want to learn more, then there are more than enough informative articles from the stellar team of crypto writers here on CoinCentral.

The post Confused by Crypto? Here’s a Guide to Bitcoin for Dummies appeared first on CoinCentral.