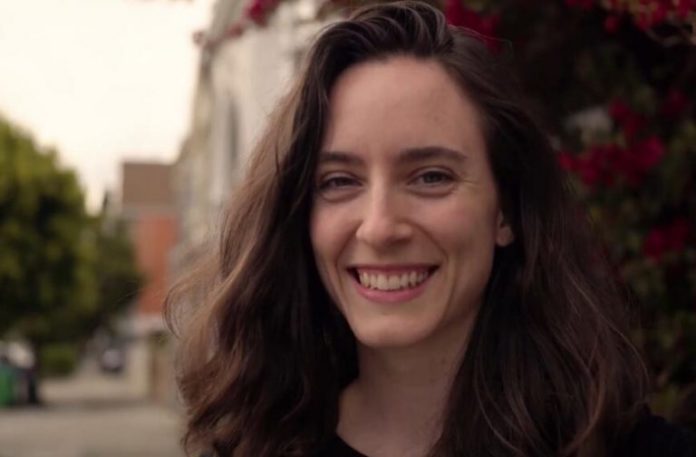 “It’s clear that the political establishment wants to hold back a future where economic freedom is afforded to all.” This excerpt from Congressional hopeful Agatha Bacelar’s campaign donation page echoes what many within the cryptosphere have been saying ever since Satoshi Nakamoto dropped the Bitcoin whitepaper in 2008 – and what many libertarians have been trumpeting for decades.

The fact that Bacelar, who has set her eyes on House Speaker Nancy Pelosi’s seat in the California Congress, seeks to raise $1 million in crypto is significant. Stanford-educated and an engineer by trade, the 27-year-old Brazilian-American understands blockchain technology like few politicos before her, having worked with digital governance platform Democracy Earth. This nonprofit seeks to change the political system by building open-source, censorship-proof democracies, and grew out of what Bacelar describes as a “trojan horse” political party in Argentina. Uniquely, the party used blockchain tech to field candidates who were not so much representatives of the people as, well, the people themselves. Bacelar was recently invited on to the Bitcoin.com podcast and, needless to say, the topic of cryptocurrency came up more than once. “I can see why it’s very scary to introduce cryptocurrency to central banks because it kicks them in the knees,” she said. “But I think for a healthier world we need more public banking, public financing of things rather than having the power consolidated through central banks.”

As for the day-to-day benefits of using cryptocurrency, they are self-evident: “Whenever I want to pay my rent it takes a week for my money to transfer to my landlord’s bank account. We could be having faster global currency that doesn’t take 10% for a middleman.” Many listeners would have been keen to hear the candidate’s thoughts on how distributed ledger technologies could be used to revamp the entire system. Host Matt Aaron beat his guest to the punch, suggesting that publicly auditing the Federal Reserve might be a good place to start. “Yeah, that would,” Bacelar concurred. “Doing more participatory budgeting, letting people have a greater say on how we use our tax dollars.”

“Right now, we lose information every time a transaction happens. Whereas, I would hope with cryptocurrencies, if you buy an iPhone, you would know whether this phone was made at a factory where three people committed suicide, or whether the resources were mined in a place that used human slavery or contributed to pollution in that bio-region.

“You know, those things are not reflected in the cost of things today, but I think in a future world they could be. And that could lead us to a more regenerative, sustainable economy.”

Not Your Average Congressional Candidate

The backstory of Agatha Bacelar is a little different to most would-be politicians – just 3% of House Representatives currently come from a STEM background, for starters. As well as her experience with blockchain, she’s worked for social change organization Emerson Collective and Hope Credit Union, a banking institution that provides financial services to low-income applicants. Bacelar’s father is Herb Stephens, a software entrepreneur who, having worked in the nonprofit sector for a number of years, now acts as her Finance Director.

Trump rode to the White House on a hubristic ticket, with an oft-repeated boast that – unlike the other candidates – he “knew money.” Perhaps Bacelar could also profit from knowing the future of money – cryptocurrency – and having an awareness about how the underlying technology could inform the body politic. “I would like to be a member of Congress that makes decisions informed by how people would vote on an open-source digital platform in real time,” she says, “because right now there isn’t accountability in our politics. There isn’t transparency, and people are writing off politics and or feeling so frustrated with it. But I think people can represent themselves or proxy their vote to people they trust and know in their community.” The Injustice of the Silk Road Trial

At one stage in the discussion, Bacelar segues from addressing the absurdity of criminalizing drugs like marijuana to discussing Silk Road. “Ross Ulbricht is incarcerated right now for two life sentences plus 30 years for nonviolent crime, where he didn’t even do any of the drug transactions on there.”

As an enthusiastic pro-crypto voice, Agatha Bacelar is a breath of fresh air. Whether she has a realistic chance of turfing out Pelosi remains to be seen. Whatever the outcome, you get the sense that Bacelar recognizes the ability of cryptocurrencies – and blockchain technology more generally – to fundamentally reshape society. For public ledgers to introduce greater accountability in corporations and government agencies. For sound access to finance to be available to all. For profit-offshoring, money laundering and tax evasion to be effectively addressed.

The final word goes to Bacelar: “We need to decentralize power and get people to participate in our democracy. A democracy is strongest when most people engage in it.”

What are your thoughts on Agatha Bacelar’s take on Silk Road and the benefits of bitcoin? Let us know in the comments section below.

Ridiculous Crypto Regulations Are an Enemy of Bitcoin

One of the biggest privacy issues in today’s society revolves around the use of overreaching know-your-customer (KYC) and anti-money laundering...