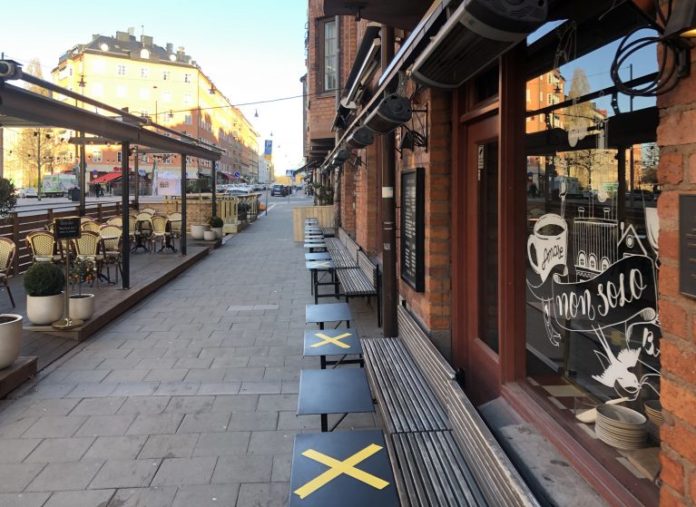 Real estate price reports from March in northern countries like Denmark and Sweden now show negative developments for the first time in over 10 years. If furloughed workers continue into unemployment, the effects on the housing markets will be even more significant, says Claudia Wörmann at SBAB Bank.

Inhabitants of the northern countries of Finland, Sweden, Norway and Denmark have gotten used to very low interest rates and constantly increasing real estate prices. In Sweden, interest rates were dipping into negative territories and in Denmark, famously some homeowners have been offered payments for taking out a mortgage (negative interest rates).

Normally, homeowners in these regions see price increases each spring but this year the trend is broken and prices of apartments, houses and land plots have instead decreased a few percentage points. The change is large compared to the regular price increases. The development is worrying many citizens and has slowed the pace of sales to a virtual halt in April.

In Denmark, prices have decreased in seven out of 10 regions, including in Copenhagen where prices fell around 1.5% in March, according to Birgit Daetz, communications officer at housing watch outlet Boligsiden. She continued:

The real estate season normally starts in March and that means increasing prices. This year that hasn’t happened and due to the health crisis we expect prices in Copenhagen to continue to fall in the coming months.

Swedish Real Estate Statistics Agency Mäklarstatistik concurred with the Danes’ outlook and reported a drop in the number of sales in Sweden. During the last two weeks of March, the number of sales dropped more than 15% and continued on a downward trend into April.

Norway’s stats look almost the same and in Finland, prices fell slightly in most regions. Real Estate Norway reported single-digit decreases in prices last month, with an average decrease of 1.4%.

Banks Must Continue to Provide Financing

Since the start of the coronavirus crisis, the Swedish government and central bank have been starting up the printing presses and made over 100 billion Swedish kronor available to the banks. Government parties are now suggesting printing more than 100 billion kronor ($12 billion) per month. Even with falling prices, the question is if this unprecedented money printing will later result in increased inflation, and possibly a Cantillon effect on housing prices — again leading to higher nominal real estate values while at the same time devaluing currencies like the dollar or the Danish krone due to the increase in money supply.

Experience from the financial crisis shows that a change in the dynamics of buying first and selling afterwards is counterproductive and destructive to the housing market. Although a more restrictive credit policy may seem rational to the individual bank, this collective is irrational.

The capital city of Stockholm saw the biggest price falls by an average of minus 1.7%. Real estate in cities in the Nordic regions lost more on average than in the countryside.

To counteract the slowdown in sales and the falling prices, governments in the region abruptly changed many rules and regulations pertaining to mortgages. From last week, citizens in Sweden can skip their mortgage payments until further notice. Similar actions are either underway or being discussed in neighboring Nordic countries, where politicians hope to boost the price of their real estate holdings.

What do you think? Let us know in the comments section below.

Although the price of Bitcoin seems volatile, the cryptocurrency has been in a period of consolidation over the past two...