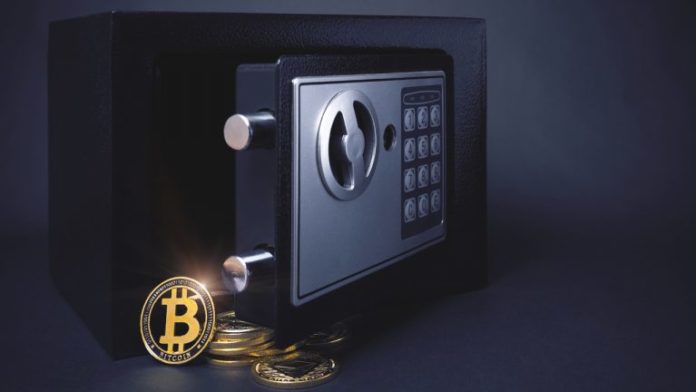 On Monday, Canadian graphics software company, Snappa, revealed that it was holding bitcoin as a reserve asset. Snappa follows the firms Microstrategy and the Canadian restaurant chain Tahini’s by deciding to convert cash reserves into the scarce crypto asset.

The graphics software firm Snappa based in Ottawa has joined the trend of companies converting cash reserves into bitcoin (BTC). The company revealed its decision on Monday, August 24, when the company’s cofounder, Christopher Gimmer, wrote a blog post about the move.

Additionally, Gimmer also spoke with the journalist, Zack Voell, in a private chat and he detailed that Snappa allocated “40% of our cash reserves” into the crypto asset. In the blog post titled “Why We’re Holding Bitcoin as a Reserve Asset,” Gimmer explains why the firm made its decision.

The company realized that this was an important consideration when the firm’s bank “slashed the interest rate on our ‘high interest’ savings account to 0.45% earlier this year.”

This means that the purchasing power of our Canadian and U.S. dollars is actually decreasing after adjusting for inflation. Fortunately, I believe we now have a far superior savings technology available to us. That technology is Bitcoin.

The cofounder of Snappa underlines a number of reasons why the firm decided to allocate bitcoin into the company’s reserves. Much of the reasoning was due to global economic uncertainty, the devaluation of fiat, and Bitcoin’s digital scarcity.

Gimmer also mentioned the controversial stock-to-flow (S2F) theory in the announcement and believes that because Bitcoin is transparent, “we can actually measure Bitcoin’s S2F with 100% certainty at any point in the past and at any point in the future.”

Gimmer said that “many people” believe that quantitative easing (QE) and the government’s manipulation of debt will lead to “asset price inflation and a widening wealth gap.” The cofounder of Snappa thinks this trend of money creation and the devaluing of fiat currencies will continue.

“After pouring over the research myself, I believe that massive amounts of quantitative easing combined with fiscal stimulus will continue to result in currency debasement,” Gimmer concluded. “In addition, I expect governments to keep doing more of the same in attempts to fight the natural deflationary pressures of technology.”

In order to hedge this risk, we’ve chosen to adopt Bitcoin as a primary reserve asset on our balance sheet.

What do you think about Snappa converting 40% of its cash reserves into bitcoin? Let us know what you think in the comments section below.