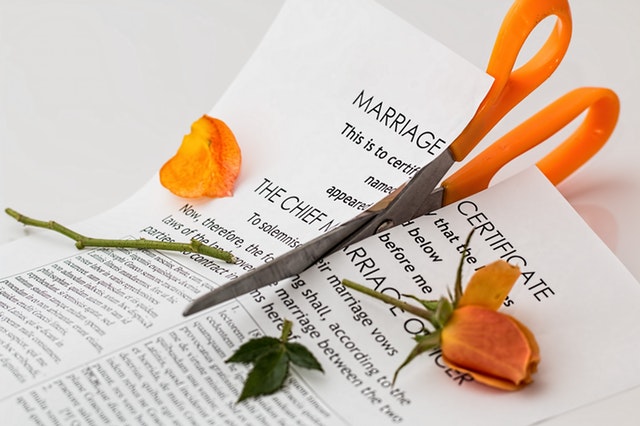 Amazon’s Jeff Bezos has made numerous headlines recently due to his overly-publicized divorce, which shows all signs of being one of the most expensive ones — if not THE most expensive one — in modern history. According to estimates, it might cost him as much as $70 billion, which will make his soon-to-be-ex-wife the richest woman in human history.

However, as the process continues to unfold, many have started wondering if things may have ended up differently for Bezos if he turned to Bitcoin for help.

Bitcoin as a divorce tool?

In the last several years — since Bitcoin and other cryptos hit fame — many have started turning to BTC during their divorce proceedings. In fact, it can even be said that using the largest cryptocurrency in this way has become a new trend. The trend has been gaining so much strength that numerous law companies started including advice on what to do in regards to Bitcoin as part of their websites.

However, while the trend has been picking up in recent years, it is nowhere near as easy as it might seem. For example, if there is even a suspicion of a spouse having undisclosed holdings appears during the divorce process, it might be enough to impact the final decision of the judge. In other words, even if there is a complete lack of evidence, but the suspicion exists — the judge might make a decision by only using investors’ potential crypto holdings.

This may have several outcomes as a result, with the worst one undoubtedly being that the other spouse would be awarded pretty much all of the ‘copper-bottomed’ assets, such as the house, money held in the bank, known investments, pensions, and alike.

Meanwhile, the other spouse, the one that attempted to undisclosed assets held in the form of crypto, might end up without anything except for their Bitcoin holdings.

What does this mean for Bezos?

While the idea of buying cryptocurrencies in order to hide his money may seem like a good idea at first glance — examining this option soon shows that it would not work out even if he did it.

The first issue is that Bezos’ fortune ($140 billion) seems to be bigger than the entire crypto market. Next, even if he tried to hide half of what he has in Bitcoin, the BTC market cap is still lower than the $70 billion that his wife is going to receive.

Finally, even if he could do it, it would not be easy to hide such a colossal amount of funds. Pretty much anyone with a blockchain explorer would be able to detect the transaction, and the funds would be traced even if he split them between thousands of different wallets.

Of course, he could use a privacy coin, but the problem is once again the small size of the coins’ market caps. Bezos can buy the entire crypto market with his wealth, and even if Bitcoin is close to handling half of Bezos’ wealth, no other coin in the world can say the same.

Still, this is an interesting idea, and as mentioned, it continues to grow as a trend. However, it is only possible for those less fortunate than one of the richest people in the world. And, the potential existence of a privacy coin of the right size that could allow investors to hide their assets in crypto is definitely food for thought, as it shows additional use cases for the cryptocurrency.

The post Could Jeff Bezos Turn to Bitcoin to Hide Fortune from Wife? appeared first on Global Coin Report.

How Does it Work: Stablecoin Dai and Ethereum’s Maker DAO

The volatility of cryptocurrencies has been one of the crypto trend’s largest problems, and it is still nowhere near being...