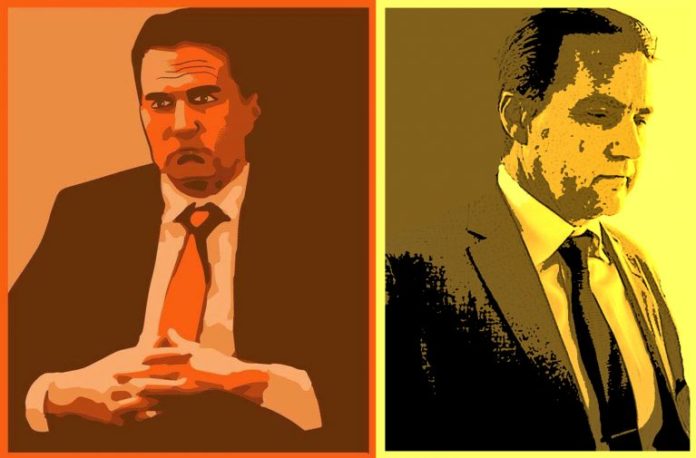 On August 26, the self-proclaimed Bitcoin inventor, Craig Wright, was ordered by Southern District Court of Florida to distribute half of his BTC holdings and intellectual property assets from prior to 2014. According to the Kleiman estate attorney Vel Freedman, the family has waited a long time for the ruling and they believe things are headed in the right direction.

According to multiple sources, the infamous Craig Wright appeared in Florida on Monday to defend himself against the Kleiman family’s lawsuit. The now-deceased David Kleiman was Wright’s business partner for years and the family has accused Wright of manipulating Dave’s inheritance. At the date of filing on February 14, 2018, they said the value of Dave’s assets “far exceed $5,118,266,427.50 USD before punitive or treble damages.” The Kleiman estate and Dave’s brother Ira insisted “Craig perpetrated a scheme against Dave’s estate to seize Dave’s bitcoins and his rights to certain intellectual property associated with the Bitcoin technology.” Fast forward to August 26, 2019, as Florida Magistrate Judge Bruce Reinhart advised the court that the Kleiman estate should get half of the BTC Wright allegedly mined with Kleiman before 2014. Moreover, half the intellectual property owned by Wright before December 31, 2013 should also be handed over to the plaintiffs, Reinhart recommended.

Not too long after Kleiman passed away on April 26, 2013, the plaintiffs said Wright reached out to Dave’s brother Ira and told him he partnered with Dave to “mine bitcoin, and create valuable IP.” The Kleiman estate says that Wright said Dave signed all these property rights away “in exchange for non-controlling share of a non-operational Australian company worth ‘millions.’” The plaintiffs accused Wright of document manipulation, fraud, and outright forgery. “As part of this plan, Craig forged a series of contracts that purported to transfer Dave’s assets to Craig and/or companies controlled by him. Craig backdated these contracts and forged Dave’s signature on them,” the lawsuit’s argument claims. According to reporter Katie Ananina who witnessed the hearing on Monday, the Judge said “Dr. Wright did not impress me as someone telling the truth. All Craig’s testimonies have been rejected on this matter.”

“By this time y’all already know the outcome — 50% of all the patents related to Bitcoin and filed prior Dave’s death going Kleimans — So do 50% of the coins supposedly mined by CSW and Dave,” Ananina tweeted. “CSW pays Kleiman’s legal fees.” Judge Reinhart’s recommendation must be accepted by Judge Beth Bloom, however, who is also presiding over the case. Another reporter who calls himself 22nd Century Crypto witnessed the court proceedings as well and stated that Judge Reinhart implied he doesn’t believe the notorious Tulip Trust exists. “Any coins mined by [Craig Wright] from the time he met [David Kleiman] till the time [David Kleiman] passed is up for debate. As well as any IP that was developed during that time period,” the reporter explained. 22nd Century Crypto added:

Note: The judge does not think a trust exists. I would imagine this will have a large play in the actual trial.

And, yeah, I was right. And Craig Wright just lost, bigly. https://t.co/XXQbekYIJv

Following the statements of the cryptocurrency reporters who attended the hearing, the Kleiman estate’s attorney Vel Freedman commented on Judge Reinhart’s ruling. “The Kleiman family has waited a long time to recover assets that should have been returned to it shortly after Dave’s unfortunate death in 2013,” Freedman tweeted. “Today’s ruling marks an important step in the right direction.”

Judge will not refer to civil or criminal contempt though

After the court proceedings, Craig Wright gave an interview to crypto publication Modern Consensus and told the interviewer that he expects the Kleimans will have to pay billions in taxes. Wright explained that he plans to comply with the courts and stated: “If the court makes an order, I will comply with the order. And the court has made an order. It’s that simple.” The self-styled Satoshi also said that the Judge “won’t rule on whether I’m Satoshi” and that people should be prepared for what lies ahead. Wright insisted:

Everyone might want to start praying, because I complied with courts and that might get scary really, really quickly. The courts ruled that Ira inherited the $5 billion. Now he has to pay estate tax on that if he wants it.

Many litigators and journalists following the story understand that there’s still more to the Kleiman v. Wright case to come and the lawsuit could drag out for a few more months. Wright’s legal counsel can file an objection or try to appeal the process this week. The only thing filed so far is a paperless minute entry for the proceedings with Judge Reinhart, which took about two and a half hours. On social media channels like Twitter and Reddit, the crypto community has shown extreme exuberance in regards to the ruling. Digital asset supporters wonder how Wright will be able to pay the Kleimans as a lot of crypto proponents do not believe Wright even has a trust with hundreds of thousands of BTC.

Anyone telling you otherwise is either insane or a liar.

Cryptocurrency proponents had hoped the ruling might push Wright out of the limelight but that doesn’t seem to be the case so far. Wright doesn’t seem fazed by the ruling, even though he said: “This is not an outcome I would have liked.” Moreover, Bitcoin Satoshi’s Vision (BSV) supporters have used the ruling to prove that Wright is Satoshi. “And Craig is officially proven Satoshi in court… So I guess it’s not that bad after all,” one BSV supporter exclaimed after the hearing.

So Ira Klienman inherits 5 billion $ in Bitcoin from his brother that Craig Wright must hand over. Where Ira is there is a 40% estate tax, so thats 2 billion dollars. Watch out for a big dump of bitcoin into the market unless he has the cash n hand.

In addition to the lawsuit in Florida and the ruling on Monday, the popular crypto Twitter handle @Pons De Serres revealed that Wright published a book two days ago called “Satoshi’s Vision: The Art of Bitcoin.” “”Now, Craig Wright steps forward to explain why he chose to use a pseudonym, why he left, and why he returned,” the book’s forward explains. The cryptocurrency community is already tearing the book to shreds, finding discrepancies and errors. The Kleiman v. Wright case still has to deal with more procedures tied to the discovery process, possible appeals and objections, and Judge Beth Bloom will weigh in on the matter as well.