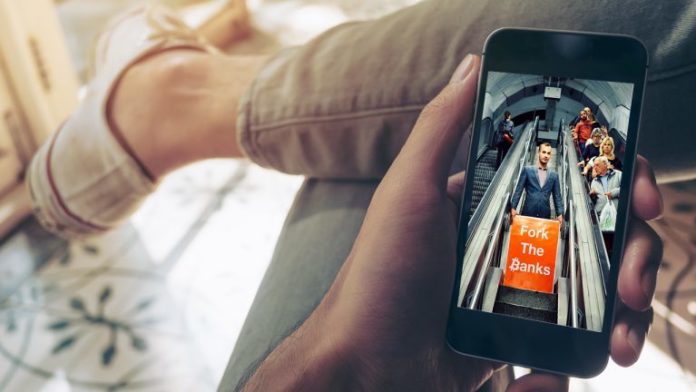 The world’s banking cartel will gather $18 billion in fees for facilitating the settlement of small business Paycheck Protection Program (PPP) relief loans leveraged during the Covid-19 pandemic. The $640 billion in PPP relief loans stem from the CARES Act and allegedly there’s only $130 billion left for Americans looking for funds.

A recent report from the Washington Center for Equitable Growth details that financial institutions will gather close to 3% of the aggregate total of $640 billion in PPP relief loans just for processing the funds. The Washington Center for Equitable Growth’s (WCEG) policy director, Amanda Fischer said that banks stand to make $18 billion from the CARES Act from standard processing fees. “If we did it through a public institution, there would be [more than] $140 billion left,” Fischer stressed on Tuesday.

Fischer said that traditionally banks use the fees to cover the cost of risk provided that some of the loans turn out to be fraudulent. However, PPP loans stem from the government and the possibility of them accepting funky PPP loans is extremely low. “Basically it’s free money,” Fischer highlighted in her interview. Fischer also had shown that the fee processing is a nice lump sum of revenue for certain banks like JP Morgan Chase could acquire $864 million and New Jersey-based Cross River Bank stands to rake in $163 million. The CARES Act: The Perfect Example of the American Government’s Corruption During Times of Crisis

The CARES Act has been controversial even before the bill was signed by Donald Trump when U.S. representative Thomas Massie told the public the stimulus bill bolsters a shroud of secrecy surrounding the Federal Reserve. The stimulus plan has also been under fire for incentivizing hospitals as many hospitals, long term care centers, and nursing homes were facing budget issues well before the Covid-19 outbreak. A number of skeptics have accused hospitals and nursing homes of inflating the coronavirus death numbers.

‘A Failure of Preparedness’

The bitcoiner Andrew D (@bitcoingoup) on Twitter explained the situation quite well on Twitter. “Jeff Bezos is $75 billion dollars richer this year,” Andrew D tweeted. “Your local comic book shop owner just declared bankruptcy and permanently closed his business after 13 years in the community. Neither event was the result of free market activity; both the result of our government’s meddling.” He further added:

We can no longer tolerate an expansionary monetary policy that benefits only the elite and continues to oppress the common man. We need to end the Fed. Enough is enough.

The controversial CARES Act and the $18 billion raked in from fees will bolster cryptocurrencies and transform the “bank business model in the post-Covid-19 world.” Americans and citizens from all around the world are getting fed up with the poor central planning that aims to keep the elite in power. Even the International Monetary Fund (IMF) believes that financial inclusion is being ignored by the traditional banking system and a form of inclusion stemming from digital financial services will be a game-changer.

Amanda Fischer from WCEG noted during the end of her interview, the fact that banks have been allowed to reap $18 billion from relief programs means that central planners have no reliable infrastructure for people looking for quick access to money during times of crisis. “We should have invested in better systems,” Fischer said. “[It is] a failure of preparedness.”

The Small Business Association (SBA) who handles PPP relief programs, has been under fire for a long time for not being willing to change the infrastructure when it comes to accessing disaster relief funds. The banks making revenue off simply processing the PPP settlement are likely not complaining about the lack of changes.

What do you think about banks standing to make $18 billion from processing PPP relief loans? Let us know what you think in the comments section below.

Data now shows that the aggregate market valuation for all the ERC20 tokens in existence has surpassed the market capitalization...