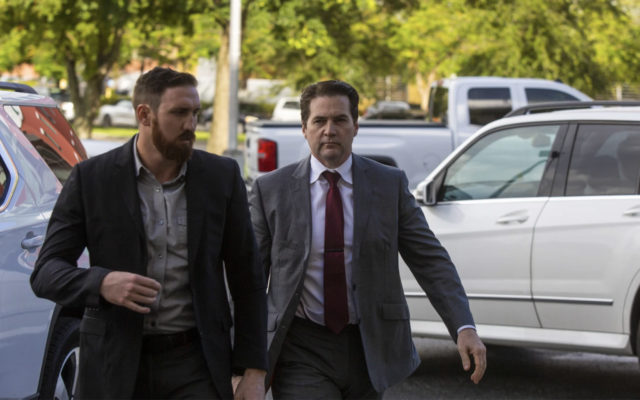 Ira Kleiman’s lawyers have recently replied in support of a motion which could force Craig Wright to produce new evidence on the Tulip Trust. The Plaintiff asserts that exposing the Tulip Trust as another lie is an essential component of the lawsuit.

PLAINTIFF INSISTS WRIGHT’S ARGUMENTS ARE INVALID
The trust in question is believed to hold 1.1 million Bitcoins, and was allegedly set up by Craig Wright after his partner, David Kleiman, died. His brother, Ira Kleiman, asserts that half of those coins belong to him. The estate contends that the trust is, in fact, a fraud and points to contradictory statements that Wright has made about them over the course of these legal proceedings.
The plaintiff’s motion states:
the trusts — the inherently contradictory stories Dr. Wright has told about the trusts — are intimately connected to the theft of bitcoin that belonged to Dave Kleiman and/or the partnership. Exposing the fraudulent nature of the trusts is therefore highly relevant to Plaintiffs claims as it goes toward proving the theft they were designed to cover up.
In other words, the estate asserts that Wright is lying about the nature of these trusts, and that the documents sought by the court will prove it.
Wright has stonewalled every order to produce documents related to these trusts. He has come up with one odd excuse after another as to why he cannot do so, and has changed his story on relevant facts related to their creation and purpose. His latest evasive manoeuvre has been to claim that the bonded courier with the information is an attorney, and thus attorney client privilege shields the needed information.
Adding to the saga, Wright has given confusing statements as to the whereabouts of the Bitcoins. At one point he indicated that Ira himself sold them. In December, when a court ordered him to turn over the Bitcoin keys, he instead produced thousands of addresses which he claimed held the cryptocurrency. Many of these addresses did not in fact belong to Craig Wright. The actual owner of one of the addresses listed even went as far as to sign a message using the private key that said, “Address 16cou7Ht6WjTzuFyDBnht9hmvXytg6XdVT does not belong to Satoshi or to Craig Wright. Craig is a liar and a fraud.”
CRAIG WRIGHT IS BECOMING INCREASINGLY ISOLATED
Wright has become a highly controversial figure among crypto advocates, largely due to his claim of being Satoshi Nakamoto. He used this claim to justify the legitimacy of Bitcoin SV, which he asserts represents the true vision of the blockchain asset. Few believe Wright’s claim to be Satoshi, and he has been unable, or unwilling, to produce any supporting evidence.
This lawsuit is connected to his claim. Dave Kleiman and Wright worked together during Bitcoin nascent stages. The estate thus claims ownership of half of the 1.1. million Bitcoins held in wallets known to be connected to Bitcoin’s creator.
Wright’s credibility is increasingly dissolving as his behavior becomes more and more outlandish. Many documents presented by him in the lawsuit have proven to be forged.

It is unlikely that this new filing by the Kleiman estate will result in Wright’s compliance. More confusion, drama, and legal obfuscation is all but certain.
Do you think Ira Kleiman will succeed in forcing Craig Wright to produce another discovery? Add your thoughts below!

PlanB, creator of the Bitcoin stock-to-flow (S2F) model, says the Bitcoin price is unlikely to dip below $8,200 even as...