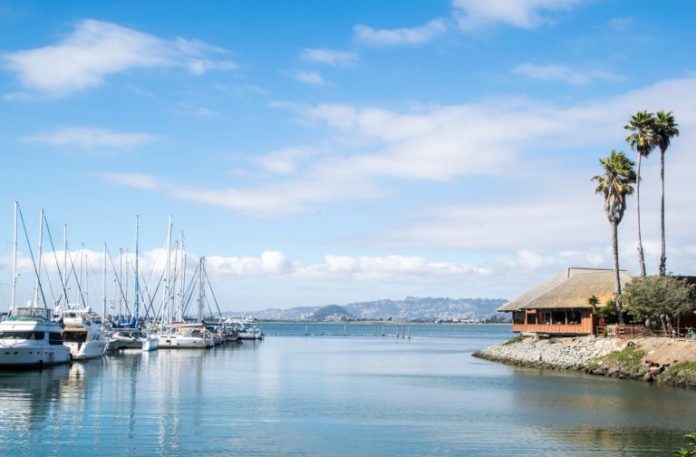 Also Read: Video: Will Bitcoin Crash or Double in Price After the Halving? Miners Have Their Say

The Universal Protocol Alliance (UPA) and Cred have held a private event at the Ohana Cannabis Dispensary in Emeryville, California, on Wednesday, October 30 to celebrate San Francisco Blockchain Week.

Dan Schatt, Cred CEO and co-founder, unveiled during the event the new Cred Merchant Solutions, a point-of-sale handheld terminal that supports the unbanked, underbanked and poorly banked around the world. The Android-based terminal will be deployed to businesses at cost and help them quickly pay taxes, dramatically lower transaction fees and reinvest money back into the business.

Cred Merchant Solutions converts a customer’s payment in crypto that is then loaned out to businesses around the world, while merchants instantly get the cash sales equivalent and governments get their share of the taxes, Schatt explained to an audience of about 100 attendees at the event. The new system is said to be faster than Square, fairer than Visa and friendlier than Chase. With it, customers are able to pay the way they want, merchants can use it to earn, borrow and save, and local governments will receive real-time tax revenue.

Based in the San Francisco Bay Area, Cred is a decentralized banking platform serving customers in 179 countries with over $300 million in lending capital. It offers interest rates on more than 30 crypto and fiat currencies through its partner network. Cred was founded by former Paypal veterans with the mission of allowing everyone to benefit from low-cost credit products.

The Universal Protocol Alliance is a group of like-minded cryptocurrency companies and blockchain organizations that want to connect different digital assets in a single network. The alliance members include Bittrex, Brave, Certik, Omisego, Blockchain at Berkeley, Uphold, and Cred. The group has issued the Universal Dollar (UPUSD), the first stablecoin to be listed on Uphold. Every UPUSD is backed by the U.S. dollar and coins are minted on-chain with every transaction written to Ethereum.

California to Lead US in Crypto Payments

U.S. federal banking regulations currently deem cannabis sales as illegal activities, which causes dispensaries to lack access to traditional banking and leaves them exposed to extra security risks. Despite this, the industry has continued to grow steadily and local companies need dependable access to financial services. In fact, sales in California represented about 34% of legal sales in the United States last year.

Cannabis stores in California sold about $2.5 billion worth of products in 2018 alone. This is compared to just $1.5 billion in Colorado’s cannabis market, $1 billion in Washington, and $0.6 billion in Oregon. The authorities have enjoyed the growth in the sector too as the first quarter of 2018 brought in $60.9 million of tax revenues, the second $80.2 million, the third $100.8, and the fourth $111.9 million. This tax revenue is only expected to increase as the cannabis market in California is projected to jump to $7.7 billion by 2022 due to the opening of the recreational market.

Berkeley’s Bartlett also announced that he’s sponsoring a city plan to let businesses deploy Cred Merchant Solutions for tax collections and that he will work to enact similar legislation statewide so that California serves as a harbinger for others on tackling the problem of cash-intensive businesses. “What’s missing is money. When 70% of these operators are unbanked, we’re missing the money,” Bartlett said. “One way we can ease the burden amongst these companies is to alleviate their burden, achieve safety, and receive tax revenue for the city.”

California is home to innovative startups, technology companies and many entrepreneurs in Silicon Valley and beyond. As such it should not be surprising that it will lead the adoption of cryptocurrency payments in the U.S. In September we reported that Bartlett became the first elected official to purchase cannabis using a digital asset. He utilized bitcoin cash (BCH) and Cred’s LBA token to facilitate the transaction at the Ohana Cannabis dispensary in Emeryville.

What do you think about using crypto to pay for legal cannabis in California? Share your thoughts in the comments section below.

Alameda Research, FTX’s parent company has called out the $150 million lawsuit slapped on it for manipulating markets as utter...