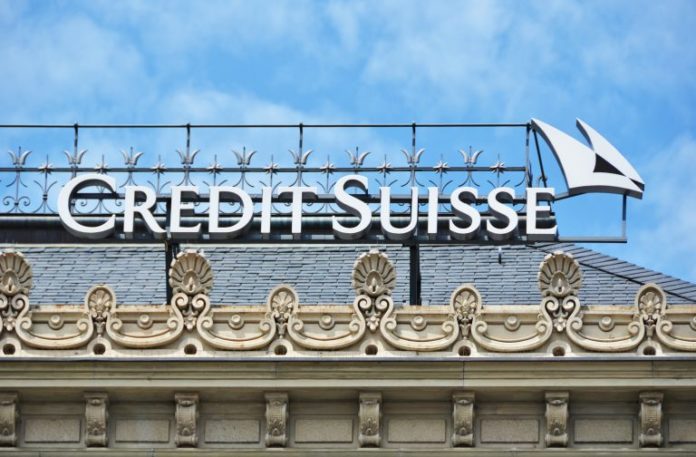 In a normal world savers are expected to receive compensation for giving their money to the bank. Instead, due to negative interest rates, we are now seeing more financial institutions actually charging their clients for fiat cash deposits, with Credit Suisse the latest big bank to join in on this practice.

Zürich-headquartered multinational investment bank Credit Suisse has recently announced that it will soon begin offering negative interest rates on Swiss franc accounts above a certain threshold, effectively charging big savers for holding their fiat cash at the bank. Clients with balances of over 2 million CHF ($2.02 million) will be charged at a rate of -0.75%, and those with balances of more than 10 million CHF will have to pay a higher rate of -0.85%. These changes will be implemented November 15 for business clients and January 1, 2020 for individuals. The rationale for making such a move, which normally companies will try to avoid as much as possible as to attract big clients, is that the bank itself is disincentivized from holding CHF deposits. This is because the Swiss central bank has already charged financial companies negative interest for deposits for several years now, which already forced UBS, Julius Baer and others to decide to pass on the costs to their clients.

Commercial banks in various developed markets around the world have been suffering from the effects of persistently negative interest rates on their business. It is one of the leading causes identified by economists as being behind the current contraction in the global banking sector. Despite this, the practice seems to be spreading as central banks are left with few options to combat economic issues, as rates are already historically low in places such as Germany, Japan and Denmark. Negative rates might make it to the U.S. eventually as well, as the San Francisco Fed recently featured the practice as an important policy tool for fighting economic downturns. While negative interest rates on fiat cash is hurting banks’ traditional business of holding and lending money, it presents an opportunity for cryptocurrency ventures to take their place. In fact, 2019 has seen a takeoff in services that offer earning interest on crypto assets. For example, thanks to a partnership between Bitcoin.com and Cred, you can now earn up to 10% on your BCH and BTC holdings.

What do you think about big banks like Credit Suisse charging clients for fiat cash deposits? Share your thoughts in the comments section below.