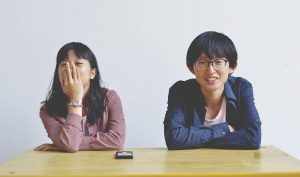 The Chinese government has opted to block direct access to all cryptocurrency exchange websites as part of its crackdown on digital assets. The likes of Coinbase, Binance and Bitfinex have all been blocked, preventing crypto investors from trading leading crypto coins such as Bitcoin, Ethereum and many of the emerging altcoins. The government published a press release on its official website stating that the “banning and disposal of domestic and foreign virtual currency exchange” platforms was necessary to guard against “financial risks” and ensure stability for the people of China.

However, despite their best attempts, a recent report suggests that cryptocurrency traders in the People’s Republic are already managing to circumvent these digital barriers by using virtual private networks (VPNs). The government’s so-called Great Firewall of China has blocked leading sites such as Google, Facebook and Twitter in the past and a host of leading crypto exchanges and brokers were recently added to the list of blocked portals. Nevertheless, the South China Morning Post has published a report which states that numerous retail investors are carrying out online actions as part of their cryptocurrency investments through a VPN to protect their anonymity and avoid the nationwide ban.

The country’s leading newspaper suggests that retail crypto traders are using VPNs to access unregulated crypto exchanges and convert their fiat currency into stablecoin, Tether. They also log in to VPNs to transfer digital assets between cryptocurrency wallets directly. Sources close to the cryptocurrency industry have intimated to the South China Morning Post that the Chinese cryptocurrency market remains somewhat vibrant despite the punitive restrictions placed upon the country’s crypto exchanges and brokers. The SCMP’s report indicates that even the exchanges themselves are getting creative in order to retain the majority of their market liquidity. This includes the creation and registering of new domain names outside of China, moving their exchange servers beyond Chinese borders and registering the exchanges outside of China too.

Although the People’s Bank of China (PBOC) has previously declared that China’s cryptocurrency industry has been effectively shut down because of its actions, these latest revelations suggest that couldn’t be further from the truth. At the time of writing, there are no specific laws prohibiting the use of VPNs throughout China, so until the government decides to close that loophole, crypto investors will continue to use these networks as regulators get tougher. On a consumer note, some of China’s leading online platforms and service providers have stopped accepting crypto payments, including Baidu, WeChat and AliPay. However, the major players within the cryptocurrency space remain confident that providing digital transactions remain decentralized and peer-to-peer (P2P) Chinese regulators will not be able to restrict their access 100%.

Some 124 offshore crypto exchanges were banned by the government earlier this month, but if China’s crypto traders can use a VPN to pretend they are accessing an exchange from Singapore or Malaysia, prohibition seems almost pointless. Singapore’s crypto scene is almost certainly home to thousands of crypto investment funds from Chinese nationals; especially as it costs just over $1,000 to set up and a matter of days to finalize. Bizarrely, despite the People’s Republic’s punitive stance to cryptocurrency, China is at the forefront of research and development (R&D) in blockchain-based technology which underpins many of the leading digital assets.

Which crypto coin is most popular in China?

Interestingly, earlier this summer, the China Center for Information Industry Development (CCID) unveiled its ratings index on the most popular, innovative and intuitive cryptocurrencies. Somewhat surprisingly, Bitcoin ranked only 13th on the index, with Ethereum (ETH) ranked first. Eric Zhao, engineer at the Chinese Academy of Sciences, believes Ethereum’s number-one ranking is a “sign that the officials are starting to treat crypto projects more like a neutral endeavour towards better technology and innovations” as opposed to a head-on collision course with the “authority” of world-leading banks and governments. Ethereum is certainly a popular platform with decentralized application (dApp) developers due to its flexible and dynamic open-source nature. However, there are concerns regarding its long-term future, with TechCrunch journalist Jeremy Rubin publishing a damning assessment of its lack of scalability and inability to implement the newest security practices to protect its users.

The Ethereum network is also beginning to look over its collective shoulder at the burgeoning EOS cryptocurrency. This month, the EOS blockchain has attempted to end Ethereum’s dominance in the dApp marketplace by announcing lower fees for early adopter developers of the EOS blockchain. Those with new EOS accounts have also been rewarded with 1,400 bytes of RAM for free. New accounts are vital for the lifeblood of the EOS blockchain, particularly with Ethereum’s network congestion costing them dear of late. EOS’ founders hope that by tapping up dApp developers they can hit Ethereum where it hurts and forge ahead with its bid to become the most scalable, low-latency blockchain platform in the entire crypto space.

Companies and projects wishing to attract the best and brightest young talent need to offer bitcoin salaries. A recent survey...