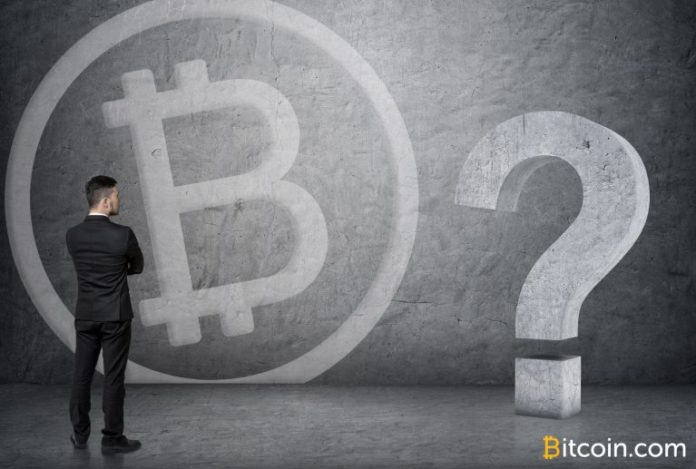 Whether cryptocurrency enthusiasts believe the stablecoin controversy is worrisome or mere FUD, the news surrounding the $850 million of Bitfinex funds locked up has shaken the markets. Now, digital asset traders are closely monitoring the large premium on Bitfinex, where the price of BTC is trading for $300 more than on most spot markets. The publicly known Bitfinex cold storage wallet is also being monitored as large sums of BTC have left the address since the announcement last week.

On April 25, the New York Attorney General’s (NYAG) office issued a press release concerning court documents that accuse the cryptocurrency exchange Bitfinex of losing $850 million and using the stablecoin operation Tether to cover it up. Bitfinex claims the NYAG court filings are “riddled with false assertions” and the chief financial officer, Giancarlo Devasini, recently told a Bitfinex shareholder the trading platform “needs a few weeks and the funds will be unfrozen.” Since then, however, the U.S. Attorney General’s Office charged two individuals for allegedly providing shadow banking services to cryptocurrency exchanges including Bitfinex. Additionally, it’s been revealed that the tether stablecoin (USDT) is only backed by 74% of collateralized USD reserves. All of this news initially shook cryptocurrency markets, but most digital assets have since recovered much of what they lost.

While the community debated the subject heavily on crypto Twitter, millions of dollars worth of BTC left the exchange’s publicly known cold storage address. Armchair sleuths first noticed $89 million worth of BTC moved from the Bitfinex cold wallet to the platform’s hot wallet. Then another $67 million in BTC was moved from the cold storage address. On April 24, the cold wallet had around 120,000 BTC but the address dipped under 90K by the 29th, and today the address holds just 89,404 BTC. Anyone following the tweets from Whale Alert over the last few days will have noticed large amounts of BTC departing from Bitfinex to unknown wallets. Additionally, large amounts of ethereum and other coins have been exiting Bitfinex to unknown wallets.

The ‘Risk Premium’ Returns Once Again

In addition to the large amounts of coins leaving Bitfinex, the exchange has had a significant premium on the trading platform. Today, the price of BTC is $300 higher on Bitfinex than most spot exchanges like Coinbase, Gemini, and Bitstamp. The premium is also higher than other exchanges like Binance, a popular trading platform that also uses a vast amount of USDT. Charlie Humberstone from the data and analytics website Crypto Compare explained on April 30 how the Bitfinex premium hit a high of $346 more than most exchanges or 6.7% higher than the global spot rate. During our last markets update, news.Bitcoin.com also reported on USDT dropping below its $1 peg after the announcement, but it popped above the $1 region on April 27. Humberstone’s recent analysis also notes that this isn’t the first time Bitfinex has seen high premiums, as the price was 8% higher than most global spot exchanges back in March 2017. At the time, Bitfinex had banking problems with the financial institution Wells Fargo.

“What’s unusual, however, is that these dramatic events last year — despite a growing list of rival stablecoins — seemed not to put much of a dent in Tether’s usage,” Humberstone remarked. Overall cryptocurrency markets endured a loss of around $10 billion last Thursday but digital asset prices have regained around half of those losses so far. There’s still uncertainty lingering in the air concerning the Bitfinex and Tether issue, while crypto enthusiasts wonder if there will be more negative news to come in the near future.

The company named in the recent indictment, Global Trading Solutions LLC, and the two individuals accused of shadow banking indicates that this story isn’t over yet. Additionally, according to Bitfinex shareholder Dong Zhao on the social media platform Weibo, the exchange may issue a native token.

Desipite all the negativity and market hesitancy in the air, Fundstrat Global Advisors founder Tom Lee believes things could have been worse. “If this tether USDT story broke in mid- to late-2018, the crypto market would probably have seen panic liquidations across the board,” Lee insisted.

Have you seen our Bitcoin Cash (BCH) tips generator? Anyone can create tips in order to give BCH by email or printable tickets. Recipients easily redeem tips by visiting a web page with instructions, and if the funds are not redeemed you get the money back. Check it out today!

In Canada, individual provinces are responsible for energy issues, and their interest in Bitcoin mining is growing as several provincial...