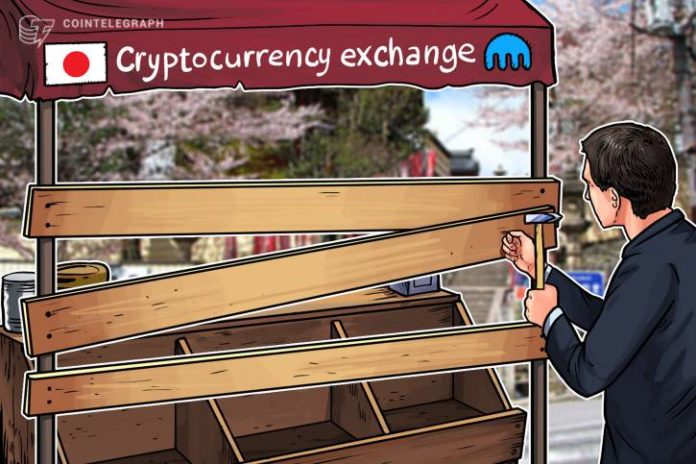 Crypto exchange Kraken will end its services in Japan, according to an emailed statement, Bloomberg reports today, April 17.

Kraken, which it has been operating in Japan since October 2014, said in the statement that its decision to shut down services in the country is based on the rising costs of doing business there. The crypto exchange is currently ranked number ten on the top crypto exchanges by 24 trading volume on CoinMarketCap, with around $188 mln in trades on the day to press time.

According to the exchange’s statement, Kraken will close trading in Japan around the end of June, 2018. However, given its reason for leaving the country, the exchange did not rule out re-entering the market in the future:

“Suspending services for Japan residents will allow us to better focus on our resources to improve in other geographical areas […] This is a localized suspension of service that only affects residents of Japan and does not impact services for Japanese citizens or businesses domiciled outside of Japan.”

Japan’s Financial Services Agency (FSA) began on-site inspections of the country’s 15 as-of-yet unregistered crypto exchanges earlier this year, after Japanese crypto exchange Coincheck was hacked and lost around $534 mln in NEM that was reportedly stored on a hot wallet.

As a result of these inspections, the FSA issued business improvement notices to a total of eight exchanges, and temporarily suspended operations at three more.

Two Bitcoin (BTC) exchanges in Japan chose to shut down instead of work with regulators for compliance, and crypto exchange Binance, ranked number one on CoinMarketCap for 24 hour volume, decided to open an office in Malta after receiving a notice from the FSA for not being registered.