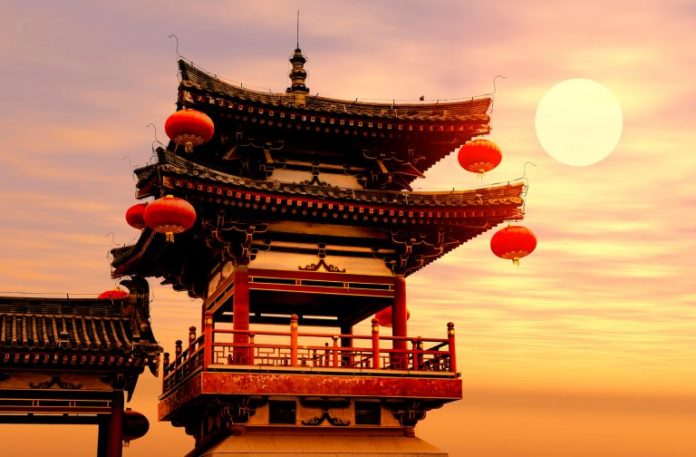 Crypto is not illegal in China, but it is illegal for banks and financial institutions to deal in crypto. It’s also illegal to send or receive over $50,000 in fiat money without government permission. Restrictive banking regulations, international trade wars, and a surveillance state in the midst of political unrest mean that transferring money can be difficult. In spite of bitcoin’s somewhat precarious legal standing within the nation, Chinese are nonetheless finding a ready avenue of non-draconian, free market exchange in all things cryptocurrency, using these channels to prosper even in the face of economic oppression.

The State of Crypto in China

Since a series of government bans in 2017, there’s been a lot of debate and misunderstanding as to the actual nature of crypto regulation in China. The long and short of it is that crypto is not illegal, per se, but is viewed as property under Chinese law. ICOs, non-OTC exchange of crypto, and brokerage services involving cryptocurrencies are all illegal. Basically, any transaction directly connecting government fiat like the yuan, and cryptocurrencies, is off-limits. Banks may not deal with bitcoin, and exchanges cannot facilitate the purchase or selling thereof. As for mining, a proposal to ban the activity was made in April, but hard action in this area has not been taken.

In spite of all this, the legal gray area of OTC trading is still alive and well, facilitated largely via offshore exchanges, VPNs, and stablecoins like Tether’s USDT. Some large, since-relocated exchanges like Huobi, continue to make trading possible by functioning as OTC fronts, with messaging and payment apps like Wechat being used to facilitate settlement after traders are connected via the Huobi platform. As China continues to crackdown on secure, decentralized digital assets, the state is also preparing to launch its own centralized asset, a kind of digital yuan, very soon. Not only are crypto transactions heavily regulated in the economic powerhouse, Communist nation, but fiat transactions as well. Chinese nationals are prohibited from international transfers of over $50,000 per day without special permission. Some have found a way around this by simply making numerous smaller transfers with several different parties assisting in the process. Unofficial brokerage firms also employ this method. Expats living in China have no such monetary amount limitations technically, but must prove that their income is legal before making transfers, which can be a cumbersome and sometimes impossible task. According to Josh Summers at travelchinacheaper.com:

For those who want to transfer money out of China, there are quite a few more regulatory hoops you’ll need to jump through … Even if you’ve paid all the necessary taxes, it’s common for people to run into roadblocks at the bank.

The sea of murky, potentially prison-sentence inducing regulations still isn’t enough to deter users of crypto and advocates of economic freedom. Bitcoin is just too convenient where nation states are sluggish and incompetent. Overseas exchanges can still be accessed using VPNs, and though the Chinese government is cracking down in this area as well, use continues. In fact, the use of VPNs must be allowed for major corporations to do business in the restrictive cyber atmosphere of China’s “Great Firewall.” Even the iron-fisted People’s Bank of China (PBOC) knows this, and won’t starve the economy with such impositions. According to one local source:

Whether or not it is legal or illegal to use a VPN in China is a very grey area, and the government deliberately make it so … many businesses in China need VPN.

Chinese residents can also use a VPN to access peer-to-peer, OTC trading sites like Local.Bitcoin.com and exercise economic autonomy freely, buying and selling BCH and fiat currencies via a large array of diverse payment channels. Trade volume on sites like localbitcoins.com remains steady as well, proving that regardless of government restriction, crypto, like nature, will find a way. Stablecoin Tether (USDT), with a market cap that just recently surpassed $4 billion, is the dominant crypto tool utilized these days by major Chinese traders. Tether Holdings has also launched a Chinese yuan stablecoin called the CNHT. While some question the wisdom of competing with the Communist giant in the field of currency issuance, others are supportive of the effort, thanks to the liquidity and relative stability the USDT stablecoin is already providing. Of course, still others are more concerned that pegging anything to a tanking world reserve USD, which has been steadily devaluing for well over a century, is not a good idea.

This notwithstanding, USDT is still a superhighway currently for getting around restrictive government regulations. Crypto network data provider Coin Metrics reported that in July USDT accounted for 40% and 80% of transactions on Binance and Huobi, respectively, according to reports. Should the dollar finally meet its demise in the face of expanding negative interest rate policy worldwide, and unremitting irresponsible fiscal policy, however, it will be the true free market, decentralized options that remain. For those who call the vast country of China home, and who appreciate its diverse beauty and culture outside of the foul taste of government meddling, leaving the country to pursue financial freedom may not be a desirable option. Thankfully, technological innovation has made much of the antiquated and force-based practices of legacy finance obsolete. Utilizing tools like VPNs, chat apps, legal gray areas, and emergent crypto transfer protocols, even as governments continue to restrict freedoms, crypto finance expands and affords users natural solutions. The momentous deluge of a powerful river can’t be stopped by an ad hoc network of sticks, or a sign reading “no water.” In this same way, crypto continues to flow above, under, and around unnatural barriers, worldwide.

What are your thoughts on the financial climate in China? Let us know in the comments section below.

Local.Bitcoin.com Gathers 56K Accounts and $200M Worth of Trades Initiated

Three months ago, Bitcoin.com launched its over-the-counter BCH marketplace on June 4. Since then, Local.Bitcoin.com has aggregated more than 56,000...