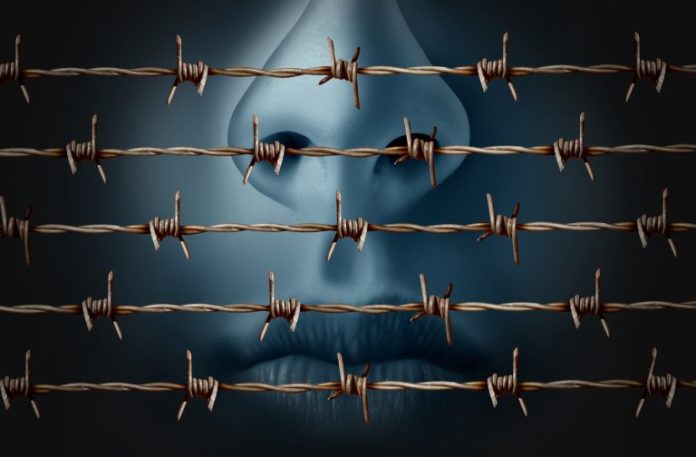 On July 23, U.S. Attorney General William Barr gave a speech demanding big players in the tech industry work with government agencies in providing backdoor entry points for encrypted devices and software. Per his reasoning, certain devices and messaging services pose a safety threat by providing a secure, third-party-inaccessible area where crime can rapidly proliferate. He didn’t note that this “warrant-proof encryption” also protects journalists, researchers, and individuals in areas of political unrest living under corrupt governments. Secure encryption also protects and verifies the financial assets and transactions of cryptocurrency holders everywhere. If strings of code — ideas, in essence — are now being made illegal, it would appear that a brand new battle for humanity’s free expression is just beginning.

Article 19 of the UN’s Universal Declaration of Human Rights states: “Everyone has the right to freedom of opinion and expression; this right includes freedom to hold opinions without interference and to seek, receive and impart information and ideas through any media and regardless of frontiers.”

Of course, governments worldwide, and the UN itself, do not abide by this proclamation, but that last point is still of critical importance. The reception, transmission, and search for information via any media “regardless of frontiers” is part of free speech. Crypto is a technology. An idea. And it’s not limited by geographical constraints or “frontiers.” It’s a means by which to impart, receive, and seek information. After all, a bitcoin transaction or encrypted message is, in essence, an expression of information. The Hypocritical Outlawing of Ideas

At the end of the day, the encryption Barr is speaking out against is simply code. There is nothing nefarious about a private, secure means of communication in and of itself, as these technologies are simply tools. Much like the stupefying irony of U.S. leaders maintaining that bitcoin gets its value from “thin air” while simultaneously demanding taxes on it, Barr sounds equally absurd for his hypocrisy.

The police and government agencies he refers to depend on virtually impenetrable privacy and encryption themselves to maintain their own security. His government, whose leaders warn against “Swiss bank accounts” in the pockets of crypto holders, is still busy recklessly devaluing the national currency and letting drug trafficking banks off the hook without prosecution. While this guy who redacted the Mueller report drones on about the need for transparency, Edward Snowden is still viewed as an enemy of the state, and everyday individuals are being viewed as suspected criminals before having committed any crime.

Australia and the Five Eyes Dragnet

In his address, Barr cited Australia, which has already begun its experiment in legislation for installing backdoor entry points to encrypted communications services:

Many of our international partners such as the UK and Australia are already moving on statutory frameworks.

Having no federal bill of rights, Australia is an ideal place for world powers to begin their dystopian assault on cryptographic communication. If information requests are funneled through Australian channels, other Five Eyes (FVEY) alliance nations (Canada, New Zealand, U.K. and U.S.) can garner signals intelligence info unavailable due to domestic restrictions. There have already been multiple court rulings regarding the illegal outsourcing of intelligence between FVEY countries, and accusations of selling data as well.

What This Means for Bitcoin

Should the current state of crypto continue unchallenged down under, it’s not hard to imagine similar legislation increasing in scope in Australia, and also coming to other FVEY nations soon. As such, many are concerned about the safety of their crypto holdings as well as their communications.

How all of this is going to affect cryptocurrencies and their related decentralized applications (dapps) largely remains to be seen. The ill-defined requirements for demanding cooperation from tech providers in Australia depend on the government’s view that “the request is reasonable and proportionate,” among other vague criteria.

Should non-custodial wallets and similar services eventually be targeted, the whole feasibility of a secure and thriving trustless payment network could be called into question. If backdoors are demanded on a service, there’s little meaning in holding crypto with that service. VPNs and domain fronting might help where secure options are made illegal or unavailable in certain regions, but as the worldwide dragnet expands, users could be forced to use only centrally managed, state regulated platforms and apps — a fate much worse than cold, hard cash, as far as privacy goes. At that point, one other option would be to continue with secure money by any means possible, even if it means becoming an outlaw.

Edward Snowden is considered an “enemy of the state” for holding the state accountable, exposing evidence of criminal spying to the disinfectant light of day. His is a high profile example, but it is not so different, in essence, from anyone choosing to express themselves freely when there is information they wish to share — be it a strong conviction about something, a funny message to a friend or loved one, or a secure string of hashed information to provide financial relief to someone across the globe, without worrying about fees or interference from a third party.

As Snowden confirmed, the NSA was using phony services promising anonymity to trap bitcoin users. Australia has made secure communications privacy outright illegal. The U.S. now wants to follow suit. In light of these realities, one cannot be too careful about staying safe and secure. Without fully open source, secure and private systems of expression — financial, linguistic, journalistic or otherwise — there is ultimately nothing to be had but the colorless, muted silence of a terrorized world afraid to say or express anything, before too long.

What do you think about Barr’s comments and the Australian legislation? Let us know in the comments section below.

The post Crypto Is Part of Free Speech, and Free Speech Is Everything appeared first on Bitcoin News.