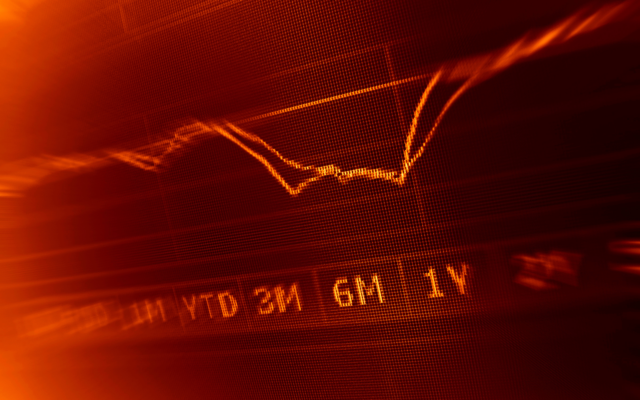 The longer Bitcoin price remained stuck at resistance around $8,000, the more likely it was to correct. Just yesterday analysts were talking of a big run up over $9k but that has all changed during Asian trading this morning as a pullback has initiated, dropping over $10 billion from crypto markets.

A few hours ago Bitcoin plunged 6.7 percent from an intraday high of $8,040 to $7,500 according to Tradingview.com. Since then it has recovered marginally to trade at $7,640 but the long-awaited pullback appears to have finally begun.

Checking the charts shows a clear double top formation, which BTC is now pulling back from. Since breaking the $8k barrier on May 13, Bitcoin price 00 topped out at just over $8,300 three times but failed to break through. Analysts are now eyeing support zones to see how low Bitcoin will go. 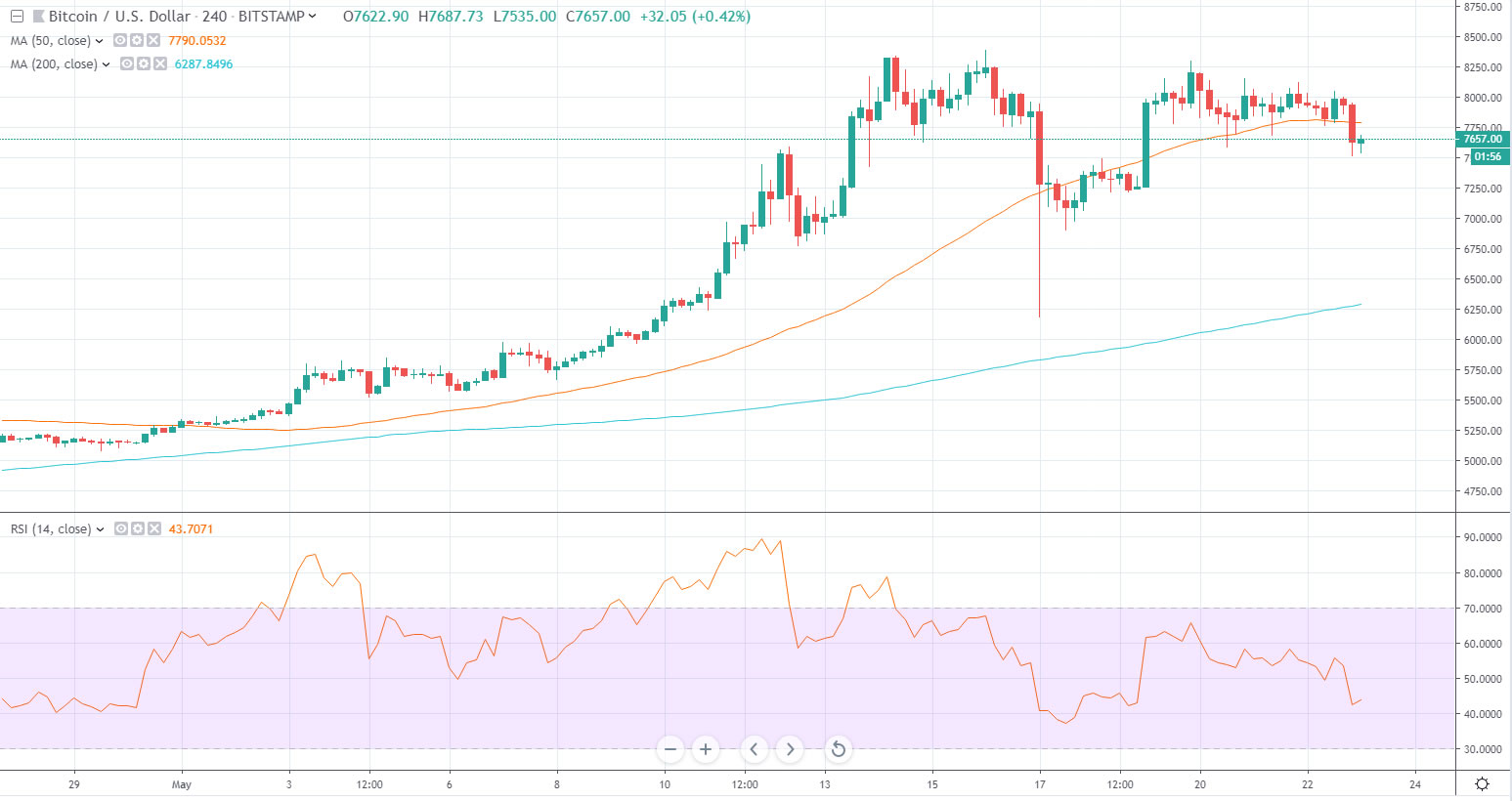 Yesterday there was talk of a surge over $9k but there was also the notion that Bitcoin has yet to have a 30% correction during the current rally which started in February. A pullback of this magnitude would send Bitcoin back to the $5,800 area.

According to crypto trader ‘The Cryptomist,’ who forewarned about this drop, there are two levels of support to look out for;

.Forewarned this drop earlier, and secured most of this month’s profits. I expect us to drop further and test support upon 7.4k region. 1D Rsi still needs to drop. If this support breaks, 6.8k is next regional support.

Trader Josh Rager, however, is not concerned as he sees the current pattern holding horizontal supports;

$BTC still in this condensing formation and held by horizontal supports. Not a lot has changed which shows that you don’t have to stare at charts all day – waiting for that next massive candle.

$BTC still in this condensing formation and held by horizontal supports

I’m out for the night – have a great evening/day pic.twitter.com/Y3i8DndpgB

Either way, over $10 billion has been dumped from total crypto market capitalization which was at $250 billion this time yesterday. At the time of writing it had dropped below $239 billion and was still falling. As usual the altcoins have been hit harder with several suffering double-digit losses.

Ethereum has lost over 5 percent and is heading back towards $240. Stellar and Cardano are both losing around 8 percent while XRP and Bitcoin Cash are not far behind with 6 percent slides. In even more pain is Bitcoin SV, Cosmos and NEM dumping 11 percent apiece. There are very few altcoins escaping the red tide today as Bitcoin heads for lower levels in a move that many had anticipated and even welcomed.

Will crypto markets correct further? Share your prediction below!

On May 21, 2019, a press release was sent to a variety of publications that said Craig Wright was granted...