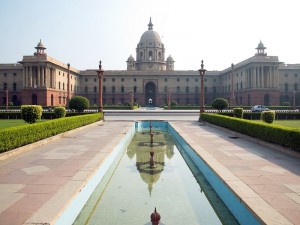 Blockchain advocates have hailed the recent Indian Supreme Court’s pro-crypto ruling as a landmark for adoption and development. Now, new forces are emerging that seek to put the brakes on India’s rapid embrace of cryptocurrency.

COURT RULING DOES NOT FULLY RESOLVE THE ISSUE
The Economic Times of India has published an article outlining the details behind the court ruling, which overturned a Royal Bank of India (RBI) circular prohibiting banks from dealing with crypto exchanges. The author points out that the court did not expressly endorse cryptocurrency. Rather, it concluded that the RBI overstepped its authority, as there is no explicit law against crypto activity. Thus, should the government pass such a law, crypto could once again be restricted.
It is just such a law that the Times now calls for. Specifically, the Times advocates for a law that bans banks from dealing with cryptocurrency for five years. Thus, although some may consider this matter closed, the legal status of cryptocurrency in India remains far from settled. Late last year a draft bill was introduced in the Parliament that would have completely banned blockchain assets, yet it died early. Similar bills will almost certainly come up again.
Now that India’s high court has opened the door to crypto use, the crypto industry will need to make its case to the nation’s lawmakers. Given the hostility lawmakers around the globe tend to have toward this new asset class, the task will not be easy.
CRYPTO MUST BE ADDRESSED BY REGULATORS
India is only one example of nations around the world that are struggling to develop proper guidelines for blockchain assets. Global leaders are finding it increasingly difficult to ignore crypto adoption, and are now realizing that if they remain silent the courts will step in.
Although there is no shortage of disdain for cryptocurrency among lawmakers, banning it will be next to impossible. In fact, anti-crypto laws are likely to not only experience hostility from courts, but also from the  legacy financial space. This sector has now come to recognize its remarkable potential, and are slowly embracing it. In India, for example, the RBI ban earned the ire of banks because it also prohibited them from using blockchain for cross border fiat transfers.
Thus, as the blockchain revolution moves forward, regulators will have no choice but to accept the legitimacy of cryptocurrency as an asset class. Attempting to block its use through legislation will ultimately fail, and likely set back any nation that chooses this path.
Do you think crypto will ever be legal in India? Add your thoughts below!

Following the recent partnership between Bitcoin.com and Bravio Technologies Limited, the Bitcoin.com Lottery platform has officially launched. It lets users...