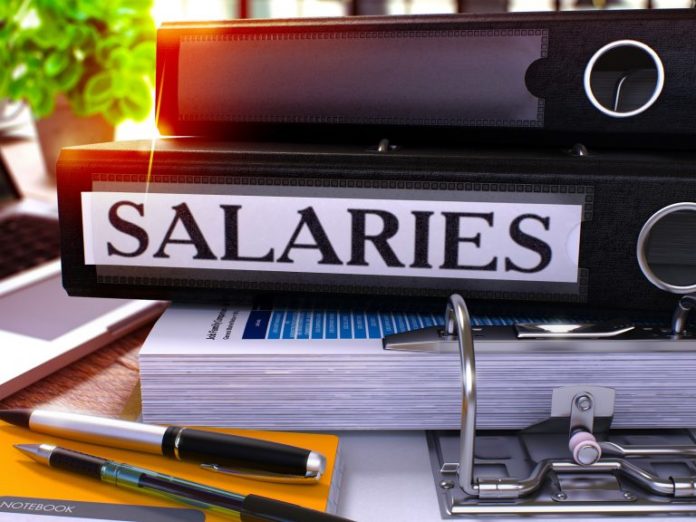 Salaries paid in decentralized digital coins have become a norm across the crypto industry, but there’s really no reason why cryptocurrencies can’t be used for remuneration by businesses in other sectors as well. In many jurisdictions that should be legal even in the absence of dedicated legislation. Switzerland, New Zealand, Japan and Estonia are a few examples. Companies and employees in these countries take advantage of the benefits that come with crypto payments.

Switzerland has already established itself as a crypto-friendly nation and it is a role model in many respects, including the way it treats cryptocurrency remuneration. Many leading companies and projects in the crypto space have already set up offices or are headquartered in the Swiss Crypto Valley, centered in the Canton of Zug. The long list includes names such as Shapeshift, Xapo, Bitmain, the Ethereum Foundation and most recently the Libra Association.

For many decades, the Alpine federation was a good example of geopolitical neutrality and financial privacy. The latter has been somewhat degraded in the past few years under pressure from powerful players such as the U.S. and the EU. However, decentralized digital currencies are offering Switzerland a chance to redeem itself in the eyes of account holders, and the country has embraced the opportunity. Many aspects of dealing with crypto assets have been regulated already by the Swiss authorities and that includes taxation. People who receive cryptocurrency as wage income need to declare it and pay tax, just like with fiat salaries. Crypto gains of investors and traders are treated as tax-exempt capital gains but depending on the canton, you may have to pay wealth tax which is levied on the total amount of digital coins you hold, similar to cash or precious metals.

In a confederation like Switzerland, there are multiple levels of income taxation – federal, cantonal, and municipal. Regulations vary from one administrative unit to another and income tax can be progressive or proportional. Amounts owed also depend on the marital status of the taxpayer. The scope of taxable income covers all funds accruing to a natural person from all sources. That includes remuneration received in various forms, including digital.

Switzerland is undoubtedly a leader in creating favorable conditions for crypto businesses, but other nations have been quickly catching up. Among those where crypto salaries are a working option are Japan, Estonia, and the United States. For example, Japanese internet giant GMO announced some time ago that its almost 5,000 employees will be able to receive part of their salaries in cryptocurrency. And this spring, U.S.-based cryptocurrency exchange Kraken revealed it paid 250 salaries in bitcoin in April.

Crypto companies registered in Estonia, considered to be one of the most advanced digital societies, are often partially compensating or encouraging their employees with cryptocurrencies and tokens. The Baltic nation’s legislation provides for the taxation of such income. But even in jurisdictions where cryptocurrencies are yet to be legalized, crypto salaries are possible. In Russia, for example, half of fintech companies pay their employees with coins. The crypto industry is not restricted by national boundaries. Cryptocurrencies significantly improve the speed and reliability of cross-border payments and the growing gig economy is taking advantage of the benefits of frictionless digital money. According to a study from 2017, freelancers will form a majority of the workforce in the United States within a decade. And a survey on payment preferences conducted in 2018 shows that a third of them would like to be paid partially or entirely in cryptocurrency.

Crypto-paid remote jobs are rapidly spreading in the global economy as well, thanks to the services offered by companies like Bitwage. It’s also getting easier to find a job paid in cryptocurrency with the help of platforms such as Workingforbitcoins.

Generally speaking, crypto salaries don’t really need dedicated legislation or special permissions by authorities to be legal. Many countries allow part of an employee’s compensation to be paid with non-monetary assets like commodities. And in jurisdictions where digital coins are not yet recognized as currencies, they have been granted a commodity status. Thus, cryptocurrencies can still be paid and received as fringe benefits.

Nevertheless, it does look like a step forward when a government agency explicitly mentions crypto wages in its official documents. And that’s what the tax authority in New Zealand recently did, deeming it legal for businesses to pay their employees in bitcoin. Companies will now be able to withhold tax on income payments under the existing pay-as-you-earn schemes like those of regular fiat salaries, as per the country’s current tax legislation.

The clarifications were made in an information bulletin issued earlier this month by New Zealand’s Inland Revenue Department (IRD). The ruling will go into effect on Sept. 1, 2019 and will be valid for the next three years. And while crypto enthusiasts have welcomed the arrangement as one that can encourage crypto adoption, doubters have expressed concerns its only goal is to ensure the collection of more taxes by the government in Wellington. As expected from a regulator, the green light comes with multiple conditions. First of all, only employees working under official agreements can be paid with cryptocurrency. Then, the payments must be for a fixed amount, not exceeding half of the full pay, with the value of the crypto asset pegged to one or more fiat currencies. The crypto wages must be a regular part of the employee’s remuneration and be convertible into government-issued fiat money like the New Zealand Dollar.

The IRD also pointed out that salaries must be paid in a coin that can function as a currency, a substitute to fiat. This requirement aims to protect employees from being paid in an illiquid asset or small altcoin.

The tax agency listed several decentralized cryptocurrencies that meet its criteria. These are bitcoin cash (BCH), bitcoin core (BTC), bitcoin gold (BTG), ethereum (ETH), and litecoin (LTC). The revenue department also thinks stablecoins such as tether (USDT), or any of its alternatives that are easily convertible to fiat, qualify for that role as well.

If you are looking to securely acquire bitcoin cash (BCH) and other leading cryptocurrencies, you can do that at Buy.Bitcoin.com. And if you are earning a salary in bitcoin cash, you can sell or buy BCH privately using our noncustodial, peer-to-peer trading platform. The Local.Bitcoin.com marketplace already has thousands of users from all around the world.

Do you expect more countries to regulate the use of cryptocurrencies for remuneration? Do you think crypto salaries need specific regulations? Share your thoughts on the subject in the comments section below.

Halsey Minor’s VideoCoin is Coming for a $30 Billion Industry

VideoCoin debuted its blockchain-powered video infrastructure platform dubbed the VideoCoin Network this week, along with the listing of the native...