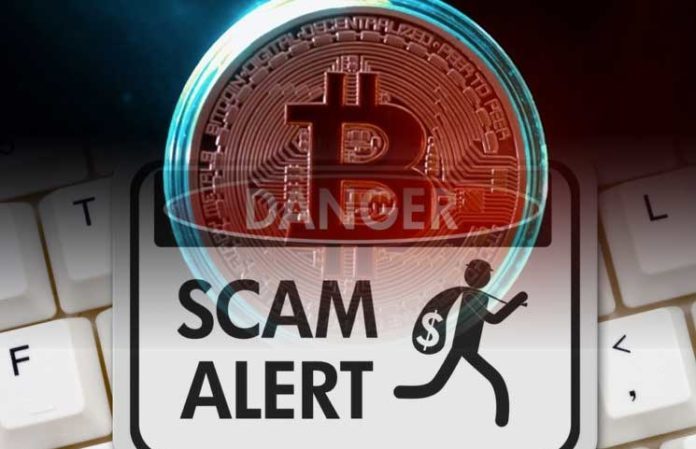 A cryptocurrency scam has been sending emails that falsely claim that they are being sent by the U.K.’s financial regulator, the Financial Conduct Authority.

The fake email was made to look as it was sent by the Financial Conduct Authority, and it promoted a “guaranteed chance to earn” through cryptocurrency investments.

In order to appear legitimate, the email had the FCA and Bank of England logos as well as a photo of physical cryptocurrencies – Bitcoin, Litecoin, and XRP – with the British Union Jack flag serving as the background.

One of the details that gave away the fake FCA mail was that the caption for the proceed button had written on it the misspelled “Click her”.

Dear @TheFCA here is an email I have now had 5 times since Friday. Your name is now being used for a virus of some sort I assume… pic.twitter.com/w0ULRAT434

Dominic Thomas, the founder of the London company Solomon’s Independent Financial Advisers, has alerted the FCA of the potential scam on Twitter, stating that the email had been sent to him several times in the span of a few days.

“Bitcoin is still a long way off its peak price of $20,000, which it reached in 2017, but some cryptocurrency experts believe it could hit an even higher value by 2020.”- read the email.

It is yet unknown if the email contained a virus or a phishing interface, as Thomas was wise enough not to click on the button.

According to FT Advisor, the FCA now knows of the email’s existence.

The irony of the situation is that the FCA’s job is to warn the public of such financial scams, and one just went and slapped the logo on its mail.

The CFTC is another important institution which was also impersonated by a dubious crypto exchange.

The crypto space is full of various scams that either falsely promote themselves using important figures, or use exchange names to propagate phishing scams.