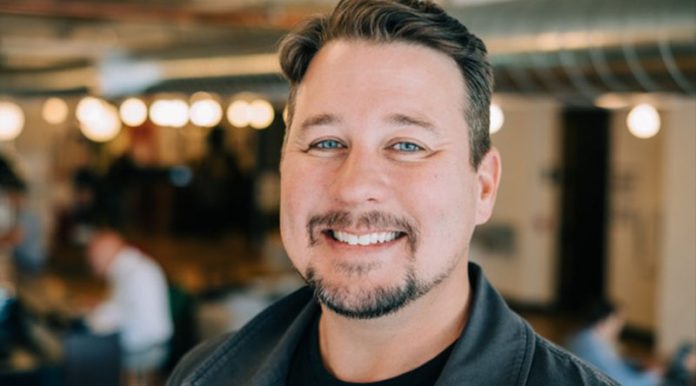 Kin Ecosystem Foundation, the nonprofit governance organization for the Kin cryptocurrency, has announced the appointment of Matthew DiPietro as its chief marketing officer (CMO) today, September 18, 2018. Prior to joining Kin as its CMO, DiPietro was senior vice president of marketing at Twitch, the world’s leading video platform and community for gamers, where he drove mainstream adoption of live streaming.

Messaging app Kik was founded in 2009, and it became known as the first chat app that went viral in 2010, growing from zero to a million users within 15 days. The company also became the first chat app to add its own digital currency when it launched the KIN token early last year.

Kik believes that through its token it can bring together the areas of communications, information and commerce in a new way that will fuel how today’s generation and future ones connect.

The KIN token launched on Ethereum’s blockchain, then switched to Stellar’s, and then in a bid to eliminate transaction fees for its users, it forked Stellar to create the Kin blockchain. The KIN token recently achieved 1.2 million transactions per day.

The Kin Ecosystem Foundation is the nonprofit organization managing the development of the KIN token.

In an interview with Bitcoin Magazine, DiPietro explained why he decided to leave Twitch for the Kin Ecosystem Foundation.

“It reminds me very much of the early days of Twitch. It’s an exciting concept with audacious goals, a talented team, and killer technology,” he commented.

“We have a once-in-a-lifetime opportunity to drive adoption of a transformative technology that can fundamentally change the relationship between consumers and developers. I’m looking forward to creating and executing a marketing strategy that helps make that happen.”

DiPietro joins Kin after spending eight years at Twitch, where he created the company’s brand and led marketing initiatives at all levels, including the creation of TwitchCon in 2015, the company’s annual convention for Twitch creators and their communities.

From being the only marketing employee at Twitch, DiPietro grew the team to over 40 people who worked on the platform’s branding, content, communications and much more. Before Twitch, DiPietro also managed marketing for Socialcam, a social, mobile video application, often called “Instagram for video,” which was later acquired for $60 million.

DiPietro, however, believes the real talent resides in the people making the bets on the companies, not the other way around.

“I think what we’re seeing is the first round of experienced talent coming into [the] space because we can start to see the outlines of what success looks like. There’s now enough information to start making educated bets, whereas previously it was anybody’s guess. I’m betting on Kin.”

In his new role, DiPietro will be driving marketing strategy for the Kin brand, platform and its associated products and services.

“What I hope to be able to do is to bring a level of clarity to the value proposition,” DiPietro said.

“Too many crypto projects can’t identify their customer, the customer problem, and the value proposition, and are unable to tell this story in a clear, compelling way. I want to tell that story for Kin because it’s a good one.”

DiPietro’s appointment comes on the heels of Kin’s accelerated momentum in the crypto industry, including the announcement of the Kin Developer Program and the launch of the Kinit Beta app, the first publicly available app dedicated to Kin.

The Kin Developer Program has committed nearly $3 million for qualified developers who can create relevant use cases using the Kin cryptocurrency in their apps. The program promises to reward individual developers who provide “meaningful experiences in consumer apps” with up to $140,000 in cash and Kin currency.

For Kin’s new CMO, what Twitch did in its early days is similar to what Kin is trying to do for decentralizing messaging services.

According to DiPietro, Twitch stood out for its unwavering focus on the creators. First, it created a category for them and then figured out a way to compensate them for the value they created without burdening the consumer.

“In many ways, what we’re trying to do with Kin is to make that concept scalable across platforms and consumer apps. We are laser focused on the app developer and the consumers they serve. Kin provides a viable path to building a world in which all parts of the ecosystem are compensated appropriately for the value they create,” he concluded.

Metallicus Inc. has announced the launch of its crypto payment app, Metal Pay. The app is now available on the...