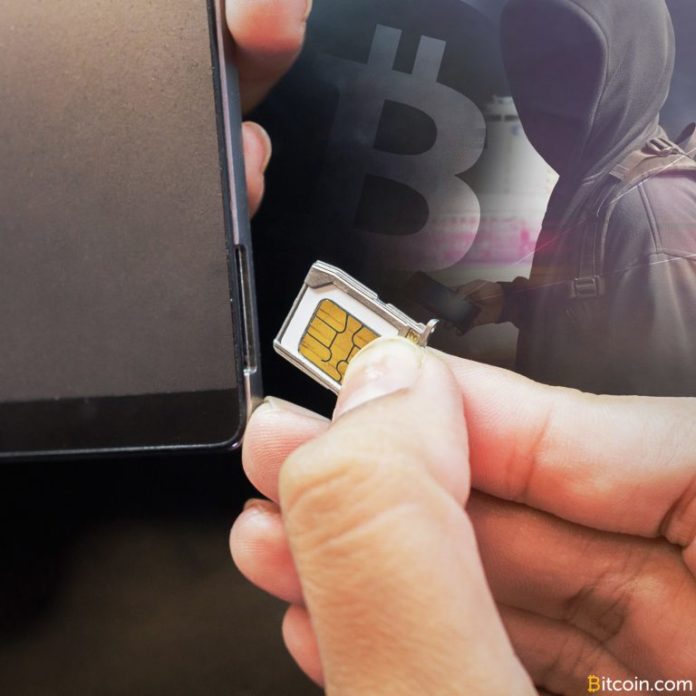 Joel Ortiz, a college student who allegedly stole cryptocurrency worth over $5 million, has pleaded guilty and accepted a 10-year prison sentence. Ortiz was arrested last year and accused of hijacking the phone numbers of around 40 people. He is now the first person to be sentenced for the crime, commonly known as SIM swapping.

The 20-year-old from Boston was detained at Los Angeles International Airport in July 2018 while trying to leave for Europe. He is one of several hackers arrested for SIM swapping last year including Xzavyer Narvaez, Nicholas Truglia and Joseph Harris. All of these individuals have been accused of stealing millions in crypto. The SIM swappers used the hijacked phone numbers to gain access to the victims’ email and social media accounts, as well as their bitcoin wallets.

Joel Ortiz accepted the plea deal last week and will be officially sentenced on March 14, Motherboard reported, quoting the Deputy District Attorney in Santa Clara County, California, Erin West. Authorities believe his case is the first that ends with a conviction for SIM swapping. West commented:

In looking at Joel’s sentence – 10 years – it shows that our community will not tolerate this type of crime. And we will continue to find everyone who’s responsible.

Multiple Other Investigations Under Way

Law enforcement representatives expressed hope the case will also serve as an example for others alleged or suspected of the same crime and send a message to the hackers. The officials did not reveal the number of ongoing investigations but admitted there have been new arrests and search warrants.

According to the publication, the majority of these investigations are led by the Regional Enforcement Allied Computer Team (React). The task force unites the efforts of numerous local police departments in the U.S. state of California.

Samy Tarazi, one of the agents who worked on the Ortiz case, said the unit has received hundreds of reports of SIM swapping attacks from people that have been targeted by hackers. However, he added that their number has now decreased. When Joel Ortiz was arrested at LAX last summer, he was about to fly to Europe with $250,000 in cryptocurrency, Boston Globe reported. Before his attempt to leave the U.S., Ortiz had spent another $150,000 of the misappropriated digital funds.

Ortiz and his accomplices specifically targeted people from the crypto space. It’s believed their victims included attendees of the Consensus conference in New York last May. They managed to steal the crypto assets after tricking wireless phone companies into transferring the target’s phone number to a SIM card in their control.

During his trial, Joel Ortiz was facing 28 charges including multiple counts of hacking, identity theft and grand theft.

What do you think about the outcome of the Ortiz case? Share your thoughts on the subject in the comments section below.

Blockchain startup Blockstack has revealed the company is in the midst of developing a new distributed ledger protocol called Stacks,...