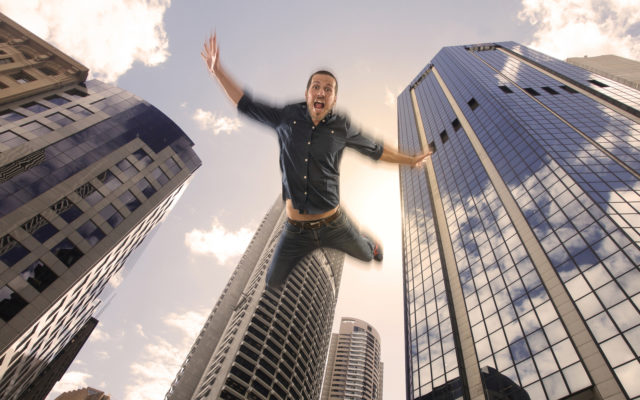 Bitcoin price slid away from $10,000 over the weekend inviting renewed predictions of how low the price could go if the correction continues.

Bitcoin Broke Toward $9,500, Resparking Deep Correction Fears
Bitcoin has started breaking below support levels, most recently crashing below $9,700, as previous price levels once again turn into areas of resistance. The price moves match previous predictions, envisioning a downward move as low as $8,200.

Bitcoin might dump to about $8,200 – $8,500 this week due to Compressed Volatility, Rising Bitcoin Dominance and extreme levels of Open Interest.

The price slide may also materialize rather fast, happening in the next few days. The reversal arrived this weekend, when bitcoin had troubles holding the $10,000 price. The price slid further after Saturday’s 4% crash caused by a single trade on Bitfinex.
Even more dramatic predictions envision bitcoin moving down below $7,000, breaking down significantly as the $10,000 level turned out unsustainable.

Stairs are present
And this is what an elevator down could look like
Maybe not as deep, but why not?
Panic in the disco, first pullback for fresh money, who knows how they’ll react to their first blood https://t.co/wUUBCG5P11 pic.twitter.com/wAeKTw6KmH
— //Bitcoin 𝕵ack (@BTC_JackSparrow) February 16, 2020

New rallies are not excluded, but at this point, BTC sentiment has shifted very fast. From an index of 64 points signalling “greed”, the index is down to 49 points, still in neutral position but closer to negative sentiment.
Halving Predictions Still Hold for Longer Term
Bitcoin started a dramatic slide from $9,611.59 on Monday, accelerating a downward trend. The predictions match previous views that the trek to $10,000 was the end of an investment cycle. The immediate prediction for bitcoin was to retrace to $9,500 at least. This level may be easily reached, as BTC slid to $9,549.08 within an hour.
The halving narrative is still mentioned, with 85 days left until the block reward falls to just 6.25 BTC. At this point, there are still expectations for a long-term rally. But in the short term, analysts anticipate more days in the red.
BTC trades with peak volumes above $47 billion, while the leading stablecoin Tether (USDT) is absorbing the selling pressure. The rapid price move caused USDT activity to spike above $65 billion in the past 24 hours.
The current correction follows two months of rather optimistic price moves. The overall expectation is for a yearly high above $14,000. But the trek to that level may not be immediate, and further steep corrections like this latest episode are more than likely to occur. BTC avoided the drop to $5,000 as predicted by December’s price moves, but the past six months also show the leading coin is not capable of holding above $10,000 for long. For now, this is the top side of its range.
What do you think about the predictions for a deep correction? Share your thoughts in the comments section below!

Over the last few days, Bitcoin Cash proponents have been debating the Infrastructure Funding Plan (IFP) after Bitcoin ABC published...