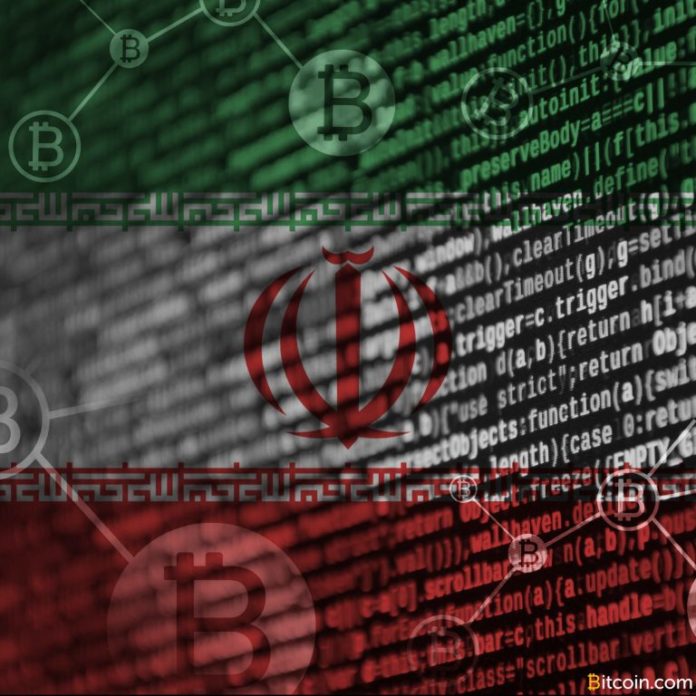 Iran is toying with the idea of lopping zeros off its national currency as inflation goes through the roof. History tells us this is rarely a good idea. Cryptocurrency provides an alternative for those living in countries where the fiat currency is being rendered worthless. Crypto adoption in Iran is growing steadily, with government economic mismanagement credited with being a contributing factor.

Iran, crippled by an economic crisis, is proposing redenominating its currency, according to the country’s local media. “A bill to remove four zeros from the national currency was presented to the government by the central bank yesterday and I hope this matter can be concluded as soon as possible,” Iran’s central bank governor Abdolnaser Hemmati was quoted saying. Many governments across the world have redenominated their currencies in a bid to save the economy. It was done in Brazil during a time when the country’s currency was being devalued by between 30 to 40 percent per month in the 1960s and 70s. Inflation still continued to rise. Zimbabwe, when suffering from hyperinflation, followed suit, though this initiative also proved fruitless. And most recently, Venezuela, now widely regarded as a failed state, last year shaved five zeros off its worthless bolivar. Once again, this doesn’t seem to have made much of a difference.

Iran’s government has toyed with the idea of debasing the rial for some time now. But 2018 was a particularly difficult year, with the national currency losing 60 percent of its value. This is in part to the U.S. reimposing sanctions on the country following the pull-out from the 2015 nuclear deal with Tehran.

As well as U.S. sanctions, years of economic mismanagement by the government has seen the country struggle, with the money supply increased by over 30 percent annually for over a decade, causing inflation to shoot through the roof and its citizens to suffer. The middle class in Iran has been brought down and its people have hit the streets in protest. But history tells us that lopping zeros off a currency doesn’t always do much good. Iranians who spoke to news.Bitcoin.com have said that bitcoin and cryptocurrency adoption, which is already growing in the country, will continue to rise.

Crypto to the Rescue

As the people of Iran have become increasingly angry on account of the financial turmoil, protests continue to rock the streets, causing headlines. Now, with the government proposing to cut zeros from the rial in a bid to save the already damaged economy, it doesn’t look like things are going to get better any time soon.

So far, the country of 80 million has seen a proportion of its people use bitcoin and non-fiat cryptocurrency out of necessity. Foreign students needing to bypass the banking system, which they can no longer access due to sanctions, as well as others wanting to stave off inflation have been using peer-to-peer digital currency.

As the graph above shows, P2P trading website Localbitcoins.com saw record volume in Iran during December 2017, the month when the protests against the government started. Around the time when the U.S. ended the nuclear deal with the Iran, and it was predicted that the country’s economy could fall into a death spiral, bitcoin trading again peaked. Volume on Localbitcoins.com has since been at its highest since the United Against Nuclear Iran summit in September 2018, which saw a number of countries push for regime change in the Islamic republic.

Proponents of cryptocurrencies have long said that rampant fiat inflation is the perfect demonstration of the value of digital assets that can’t be devalued in by central banks. Venezuela, which now has the world’s highest inflation rate, also has one of the fastest growing markets for cryptocurrencies. It is believed that Iran may be going the same way.

Computer network and security administrator Abed Pariazar said the use of cryptocurrencies is increasing as getting hold of U.S. dollars is becoming increasingly difficult. He said:

“Use of cryptocurrency will increase this year. Our currency will lose its value as inflation is an endless road.

Pariazar added: “My income is based on rial and if I keep it I will lose it all in the near future. I can’t change to [the U.S.] dollar easily so for this reason I prefer to change my income to cryptocurrency. More and more people are doing this.”

Maintenance technician Milad Boroumand explained: “In my country, most of the people change their money from rial to United States dollars or the euro, but at the current time we have a few sources of bitcoin to invest in.” He added that the number of people using cryptocurrency will more than likely double or triple soon as internet usage grows. Iran’s 2009 protests were dubbed the first “Twitter revolution” and since then technology has grown to play an even larger role in their lives. Though small, there is a cryptocurrency movement growing in Iran. Should its government press ahead with redenominating its currency and U.S. sanctions continue to cause chaos, greater bitcoin adoption seems inevitable.

Do you think cryptocurrency adoption will grow in Iran as a pushback against U.S. sanctions? Tell us in the comments section below.