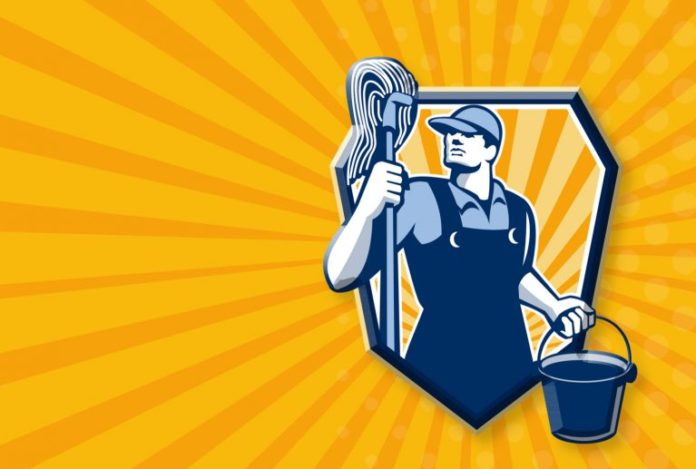 Ask a dozen crypto traders for the reason behind the recent rally and you’ll get a dozen different theories. Bakkt futures, Microsoft building on Bitcoin and Whole Foods accepting crypto have all been cited as fueling the bull market that’s broken out. While these factors have certainly helped, there’s a less documented reason why the crypto market has renewed confidence: exchanges have cleaned up their act, turning what was once a hostile battleground into an arena that’s fit for purpose.

Also read: How to Send Bitcoin Cash via Text Messages to Anyone With a Mobile Phone

“Tier one” is a designation that’s traditionally been applied to the largest and most desirable exchanges for token listing. It’s a category where the likes of Binance, Coinbase, Bitfinex, and Bitstamp reside. But this year, tier one exchanges are defined less by their exorbitant listing fees, which in many cases have since been waived, but rather by their commitment to espousing the three T’s: transparency, trust, and true volume.

The first of these can be seen in the measures being taken by platforms such as Binance, and to a lesser extent Bittrex, to provide advance warning of large cold wallet movements to avoid spooking users. This is accompanied by frequent and detailed communication, particularly when things go wrong, such as in Binance’s $40M hack a fortnight ago. Although hacks are still as commonplace today as ever, at least now the crypto community is kept fully informed, rather than being left in the dark. Trading platforms such as Kraken and Poloniex have taken to publishing quarterly reports, much like those issued by publicly listed companies. Whether performed out of genuine care or a cynical attempt to ride the latest trend, this new culture of transparency has been welcomed by traders seasoned enough to recall Mt. Gox, Vircurex, and Btc-e.

Trust Through Proof of Solvency

Of the three T’s, trust is the hardest for an exchange to acquire, since it must be built up over time, and can be eradicated via a single misstep. While Binance has earned credit for its response to the recent hack, it’s safe to say Changpeng Zhao won’t be caught boasting about its impregnable security record again. Trust encompasses every facet of running an exchange, but is synonymous with instilling confidence in users that the platform can cover its liabilities. The Quadriga collapse is still a sore point for Canadians who lost funds when the exchange collapsed under the weight of its own insolvency. The recent revelation that Bitfinex has essentially been operating a fractional reserve, due to $850M of frozen assets, has added further weight to the movement for trust through proof of solvency.

A number of solutions have been proposed by which exchanges can show that customer deposits are fully covered, without disclosing sensitive data pertaining to account balances, or even needing to reveal the total value of its crypto assets. One such method, being pioneered by private computation network ARPA, can be used to calculate the average solvency level of exchanges without having to disclosing any sensitive data whatsoever.

“With ARPA network, data can be integrated, computed, and analyzed without being exposed,” explains co-founder Yemu Xu. “Computation will be done on encrypted data, on a distributed manner, and only the result will be viewable to the interest party.” He adds:

This technology is called secure Multiparty Computation (MPC). In the case of exchanges, exchanges can jointly compute an average for their solvency level without ever giving away their own solvency data.

Turn up the True Volume

Whereas wash trading was once de rigueur in crypto, it’s now frowned upon and penalized. Credit for cracking down on fake volume must go to the market data sites that have championed honest reporting, over Coinmarketcap’s more gameable system. “Honest” volume is fast becoming the norm rather than the exception, with Asian exchanges that doggedly insist on wash trading being shunned by a tranche of the market.

Streamex is a crypto trading platform where beginners can entrust expert traders to act on their behalf via community trading pools. It’s currently in beta, as it gears up for its full launch on July 1, heralded by a $1M trading competition. CEO Vedran Sisak told news.Bitcoin.com that cleaning up the reputation of cryptocurrency exchanges is crucial to onboarding new traders. “Beginners don’t want to be told they’re entering a rigged game, where wash trading and other deceptive behaviors are deployed to feign liquidity,” he explained. “They want to know that they can enter and exit trades with minimal slippage, and trade on reputable exchanges that are solvent and attentive to security and good customer service.”

Projects whose tokens have yet to reach exchanges are also now prioritizing platforms that champion honest reporting, over those that cook the books. Andy Yuen, CEO of fitness token Mhealthcoin, said: “The widespread availability of tools for discerning true volume makes it much easier to determine which exchanges are worth partnering with. We’ve spoken to a few crypto exchanges regarding listing Mhealthcoin, and have been drawn to those whose reputation for honest reporting lends them credibility. Being listed on an exchange where there’s rampant wash trading reflects badly on a project.”

Some of those tools for checking up on exchange volume include Messari’s Real 10 index, which recordes the trading volume of 10 platforms known for their accurate reporting, as well as The Tie’s new data transparency portal. As Joshua Frank of The Tie explained to news.Bitcoin.com: “Our team analyzed twenty factors across over thirty of the largest cryptocurrency exchanges to develop a comprehensive methodology for evaluating exchanges’ transparency, trustworthiness, and compliance. Among the factors that we analyzed were if these exchanges used any market surveillance tools like Nasdaq SMARTS, if they had formal market manipulation policies, and what data they made publicly available through their API such as historical trade level data and live order books.”

In addition to the efforts being undertaken by The Tie, Messari, and Nomics, which ranks exchanges using a transparency score, a group led by Mike Novogratz’s Galaxy Digital and DRW’s Cumberland is pushing for a white list to bring the same standards to the OTC market for BTC.

Despite the progress that has been made in improving the reputation of cryptocurrency exchanges, the majority of platforms have yet to clean up their act. Exchanges still shamelessly wash trade to game CMC’s ranking system, Bitfinex still catches flak for its opacity, and, according to The Tie, less than 50% of crypto exchanges have any policies whatsoever against market manipulation such as wash trading and order book spoofing. Nevertheless, the tide is slowly turning. Where once it was profitable to engage in such behavior, now there is greater capital to be made from advocating transparency, building trust, and reporting true volume.

Do you think cryptocurrency exchanges are improving and becoming more accountable? Let us know in the comments section below.

The post Cryptocurrency Exchanges Are Cleaning up Their Act appeared first on Bitcoin News.

Blockchain security company BitGo is launching a new service for institutional clients: a clearing and settlements system that operates off-chain.BitGo...