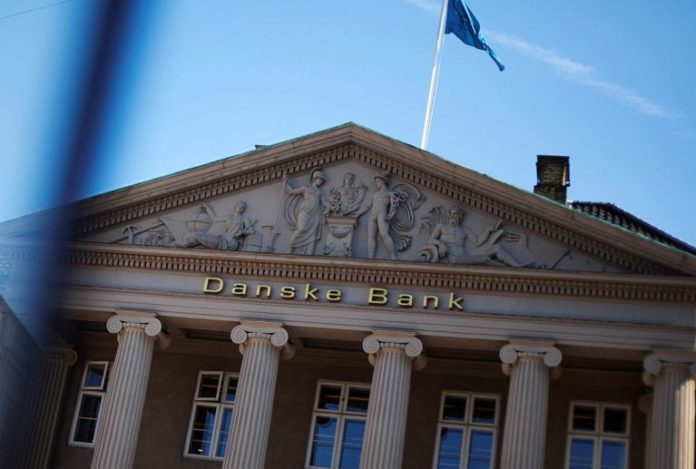 The Danish financial institution Danske Bank has been embroiled in a massive money-laundering scandal associated with an Estonian branch that allegedly laundered $223 billion in an eight-year period. According to documents uncovered this week stemming from 2012, Danske Bank’s Estonian branch let a select group of clients from Russia convert their money into gold bullion in order to help hide funds.

Danske Bank has been involved in a money-laundering conspiracy for quite some time as a branch from Estonia has been accused of funneling billions of funds to offshore clients. The bank, headquartered in Copenhagen, is the largest financial institution in Denmark and the company’s retail banks cover 5 million customers. Investigators detail that between 2007 through 2015 the Estonian Danske Bank branch sent $223 billion suspicious payments.

The large-scale money laundering scandal continues to show the public that financial incumbents use all types of methods to hide their activities. This week’s report disclosed that Denmark’s biggest lender let certain customers, mostly from Russia, hide their wealth using gold bars. The bank’s Estonian branch let the clients “convert their money into gold bars and coins, according to the documents, which date back to the middle of 2012,” the journalists Irina Reznik, Ott Ummelas, and Frances Schwartzkopff wrote. The amount of gold the Estonian Danske Bank branch managed to transfer is unknown, but internal documents say that “local private banking clients” used the service alongside other selected customers. The research notes that if the customer bought 250 grams of gold or more, they could obtain the gold without certificates. Moreover, if a customer from the now-defunct Estonian branch said they would keep the precious metal in “long term storage,” they didn’t have to comply with any AML guidelines. Investigative journalists emphasized that some of the information they had seen showed gold promoting documents “signed by Howard Wilkinson.” Wilkinson, a former head of trading for Danske Bank in Estonia, Latvia, and Lithuania is well known for being the whistleblower who first revealed the $200 billion dollar scandal to the public. Depending on quantity, Danske’s Estonian branch used two different gold dealers to handle orders. The investigative report written by Reznik, Ummelas, and Schwartzkopff states:

One partner handled orders that exceeded 300,000 euros, equivalent to 6 kilograms at the time, and bought the gold from the Austrian mint; the other was used for smaller orders, according to the presentation, which didn’t name the suppliers. Danske charged a fee of 0.5% on larger orders, while smaller orders had a commission of as much as 4%. With Trillions Laundered, Jail Time Is Avoided if Bankers Pay a Petty Fine

The Danske Bank money laundering scandal has been called the “largest scandal ever in Europe” as laundered funds from Estonia flowed from Russia, Latvia, Cyprus, U.K., China, Switzerland, and Turkey. The Estonian Financial Supervision Authority detailed that the bank managed funds for Vladimir Putin, his cousin Igor Putin, and the Russian security service (FSB) as well. Then on September 25, 2019, Aivar Rehe, a former executive of the Estonian branch between 2007 and 2015, allegedly committed suicide. Danske Bank shares also fell by half in 2018 and speculators believe the stock’s downturn was due to the scandal. Despite laundering $200 billion, the Danish financial institution paid only 1.5 billion kroner ($225 million) to select charities.

The Danske Bank scandal shows that while governments and tax agencies are cracking down on the measly amounts of money digital currency users may be laundering, the most well known banks in the world are also the biggest money launderers. The world’s leading banks help launder more than $2 trillion a year and get fined a tiny fraction of what they got away with. Bankers are not being jailed and banks and politicians are allowed to invade normal people’s everyday financial activities. Financial incumbents are the ones using unique tactics like hiding funds with gold, mirror trading, shell companies, smurfing, and legitimate money mixing techniques. The revelations deriving from the Danske Bank scandal show the world’s justice system is very corrupt and manipulated to the core. This is because while politicians are laser-focused on banning cash and claiming cryptocurrency’s main form of use is money laundering, the banking cartel and bureaucracy steal and hide trillions every year.

The U.S. Internal Revenue Service (IRS) has revealed the agency is cracking down on “dozens” of cryptocurrency users evading taxes....