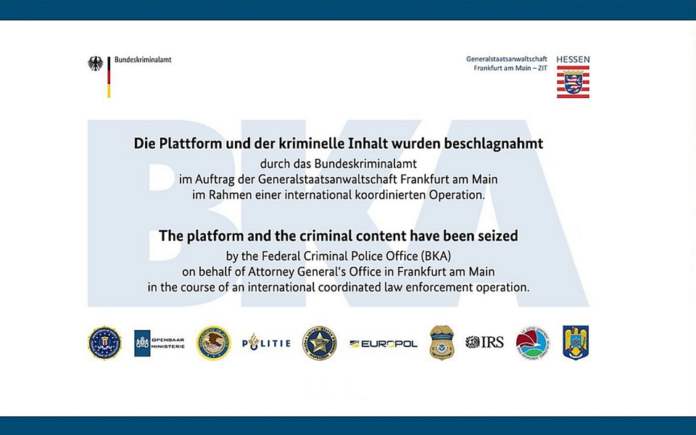 Authorities in Germany have arrested the principal operators of one of the largest dark web marketplaces in the world dubbed the Wall Street Market. Three men, Tibo Lousee, Jonathan Kalla and Klaus-Martin Frost, aged between 22 and 31 were apprehended following investigations by authorities in both the United States and Europe.

According to a statement released by Germany’s Federal Criminal Police (BKA), the suspects were arrested during crackdowns in the states of Baden-Württemberg and North Rhine-Westphalia. Inter-agency coordination involving the country’s ZIT unit which specializes in cybercrimes, Europol and the FBI helped bring down the operation.

A Brazilian national, Marcos Paulo De Oliveira-Annibale, 29, was also implicated in the illegal enterprise and is currently in custody. He has been charged by a Californian court for his role as a moderator. Annibale reportedly also acted as a public relations officer for the platform and regularly promoted it on social media sites such as Reddit. The suspect apparently operated under the alias “MED3LIN” among others.

The Wall Street Market’s mode of operation was similar to that of the infamous Silk Road. Authorities estimate that the platform was at least the second biggest of its kind in the world before it went down.

The network’s server infrastructure which consisted of nodes in the Netherlands, Germany, and Romania was seized during the raids. A gun, about €500,000 ($560,000) in cash, as well as hundreds of thousands worth of cryptocurrencies were also found.

According to Georg Ungefuk, a spokesperson for the ZIT and Frankfurt’s prosecutor’s office, the dark web platform was only accessible via the encrypted Tor network. He disclosed that the suspects had attempted to pull off an exit scam just before the authorities closed in.

They put the network under maintenance mode and transferred funds from clients’ escrow accounts to those under their control. The operation is believed to have netted them over $30 million in illicit proceeds.

One Wall Street Market user told the Deepdotweb that the administrators had tried to blackmail him by threatening to reveal sensitive information about him to the FBI if he did not pay a certain amount of money in cryptocurrency as ransom.

The cybercriminals were apparently planning to ditch the operation and go into hiding when the authorities swooped in. Access to the site is currently prohibited. The following banner is up as indicated by Germany’s BKA agency.

Access to the site is currently prohibited. (Image Credit: BKA)

Sellers on the website mainly dealt in illegal paraphernalia that included drugs, hacking tools, forged documents, and stolen financial information. The network apparently took a commission of between two and six percent on sales. Many transactions were conducted using privacy-centered cryptocurrencies, a process that made it harder for the authorities to track down the masterminds and users on the network.

Bitcoin and Monero were the main cryptocurrencies used to fulfill trades. The Wall Street Market had over 5,000 merchants dealing in illicit items and more than a million clients. Over 50,000 items were listed for sale on the marketplace.

The three German suspects currently face charges in both the United States and Germany. Germany’s prosecutor’s office has, however, clarified that a successful prosecution in the country means they won’t have to face trial in the United States. They face a jail time of between one and 15-years if convicted.

The authorities are currently following up on other leads stemming from the investigation. According to DEA Special Agent-in-Charge, Chris Nielsen, “The case sends a clear message to those breaking the law and attempting to hide behind the illusion of anonymity.”

Last month, another dark web marketplace called “Sinmed” which operated under a bigger dark net network called “Dream Market” was shut down after authorities carried out a sting operation targeting its administrators.

Three men Chester Anderson, 44, Jarrette Codd, 41, and Ronald MacCarty, 51 were arrested and charged in the United States. A raid on their base yielded one of the largest drug seizures in New Jersey’s history. Illegal drugs found included counterfeit Xanax, methamphetamine, and heroin. Like the Wall Street Market investigation, both the FBI and Europol were involved.