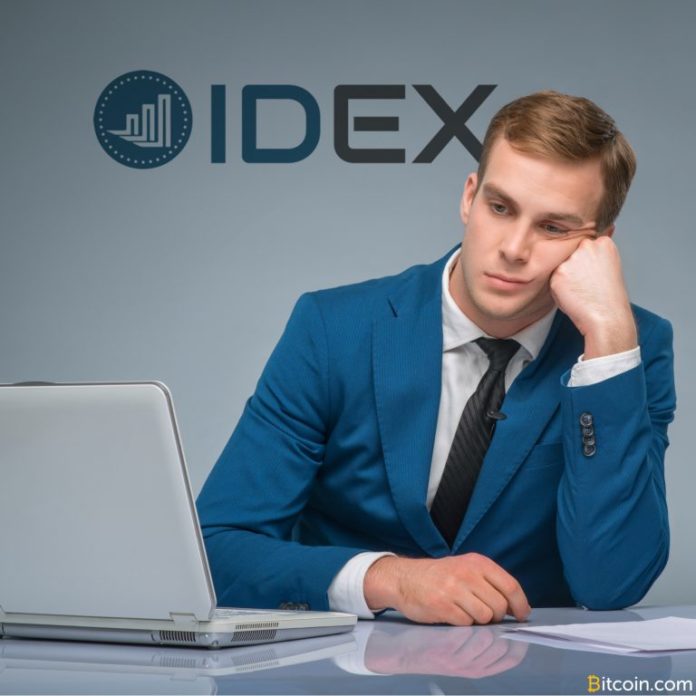 IDEX, the world’s most popular decentralized exchange, is to transition to a full verification model. The move comes days after the platform began excluding residents of New York State as part of its compliance efforts. Its latest measure, described by IDEX as “pragmatic decentralization” has drawn ire from a segment of the cryptocurrency community.

A cryptocurrency exchange introducing know your customer (KYC) requirements is not generally headline news. When the platform in question is a decentralized exchange (DEX), however, typically one of the last outposts of privacy, it’s a major talking point. IDEX’s decision will be monitored closely by the cryptocurrency community to see whether it is an isolated incident or the shape of things to come. IDEX’s dominant position within the DEX market, capturing around 7x the trading volume of its nearest competitor, means it exerts significant influence.

Explaining its transition to a full KYC model, IDEX wrote: “Decentralization exists on a spectrum, and unless your system or application lacks any centralized parts it can be subject to regulation. Aurora is working to create a fully-decentralized financial system, but the path to getting there requires significantly more control and centralization than the end state. In addition to IP blocking, IDEX will be implementing KYC/AML policies in order to comply with sanctions and money laundering laws.”

Traders tend to use decentralized exchanges for three reasons: custody (they retain control of their funds at all times, mitigating the likelihood of theft), privacy (no KYC means not having to disclose your activities to the authorities, or risk having your identity stolen) and finally to gain access to desirable tokens before they make it into a major exchange. With the privacy element removed from the equation, all that’s left is the marginal benefit of greater security and the equally slender benefit of accessing newly unlocked tokens.

Profiting from trading IDEX tokens is extremely difficult in the current market climate, and the added inconvenience of needing to register for the privilege may be the last straw for many traders. Trading volume and the number of active users have both dropped sharply since IDEX announced its new KYC policy a day ago, though it is too early to conclusively link the two events. In the coming weeks, a clearer picture should emerge of the effect that IDEX’s new policy has had on the platform’s trading activity.

In the closing remarks to its lengthy blogpost on “pragmatic decentralization,” IDEX referenced Shapeshift, the cryptocurrency-changing service which was also forced to go full KYC recently, under pressure from U.S. regulators. It concluded:

Over the next few months IDEX will begin instituting KYC procedures for all users to comply with both AML and sanctions laws. Like other exchanges, IDEX will have tiers which correlate with the amount of funds users are able to move through the service. Those trading a small amount of funds will be required to provide a minimal amount of information, while those who wish to trade larger amounts will need to undergo additional KYC steps.

There is an emerging trend for cryptocurrency exchanges that are accessible from the U.S. to kowtow to regulatory pressure out of fear or threat of being shut down. For now, there remain other decentralized platforms and protocols where cryptocurrency users can ply their trade. The question is for how long.

What are your thoughts on IDEX introducing KYC? Let us know in the comments section below.

Images courtesy of Shutterstock and Dappradar.

The user-activated hard fork on the Bitcoin Cash’ network is looming around the corner and the debate over the correct...