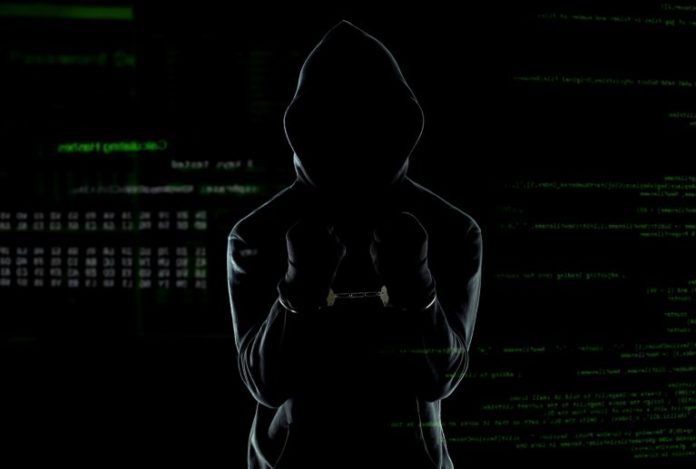 Federal indictments unsealed on May 8 have revealed further details of the case against Deepdotweb’s operators. Tal Prihar, 37, an Israeli citizen residing in Brazil, and Michael Phan, 34, an Israeli in Tel Aviv, have technically been charged with money laundering. The feds have made it very clear, however, what they believe the real crime to be: sharing ref links to darknet markets (DNMs). The day after the indictment was published, another darknet news site pulled the plug, fearing the same fate.

In a 13-page indictment unsealed in the Western District of Pennsylvania, prosecutors have laid bare their case against Deepdotweb’s operators. The pair are accused of making $15.5M from sharing referral links to DNMs, netting them over 8,000 BTC. As a consequence, they’ve been slapped with money laundering charges, and feds are seeking to confiscate assets tied to the duo, including BTC held with Okcoin, Kraken, Bitpay, Paypal, and various bank accounts, in a bid to claw back the $15.5M in full.

Law enforcement has emphasized that the criminality it perceives lies in Deepdotweb’s linking to darknet markets and profiting from the commission. The indictment, together with press releases from Europol and other agencies, complete with graphics of how the scheme worked, make this very clear. What isn’t clear at this time, however, is whether Prihar and Phan have committed any crime in sharing links to publicly accessible sites. The case is believed to mark the first time feds have gone after anyone for such as crime, if it can even be called such. Regardless of the legality of certain wares sold on the DNMs that Deepdotweb linked to, there are numerous legal wares for sale on these sites, and there is no way of proving what shoppers bought after Deepdotweb directed them there.

There is only one case in recent history that has parallels with the takedown of Deepdotweb. In 2015, Barrett Brown, a journalist and unofficial spokesperson affiliated with the hacktivist group Anonymous, was jailed for five years in connection with the hack of intelligence firm Stratfor. As Wired reports, Feds initially charged him with “identity theft and trafficking in stolen data for simply posting a link in a chat room … The data included company emails as well as credit card numbers belonging to subscribers of Stratfor’s service. The charges against Brown caused a stir when they were first revealed, because Brown hadn’t stolen the data himself, but had simply copied the hyperlink from one public chatroom and posted it to another.”

While Deepdotweb Pair Wait to Learn Their Fate, Another Site Shuts Down

In breaking this story two days ago, news.Bitcoin.com listed a number of alternatives to Deepdotweb where links to DNMs can be found. One of those, Darkwebnews.com, has now gone, believed to have been voluntarily shut down by its operators, fearing impending legal action. This will have been exactly what law enforcement wanted, having elected to make an example of Deepdotweb in a bid to push the darknet drugs trade further underground.

Other sites, including Darknetlive.com, won’t be bowing so easily, however, be it out of dogged conviction that information should be free, or for less ideological concerns: the $15.5M Deepdotweb made over the years from linking to DNMs has not gone unnoticed. There is a lucrative business to be had for anyone with the balls to create the next DDW, but the shrewdness to keep their identity concealed. Prihar and Phan will have known they were operating in a grey area of the law, but will have been surprised by the intensity of the operation that led to their arrest, and the severity of the charges they face. It is conceivable that further charges could also be forthcoming against the pair as the investigation progresses.

No Scruples in This Dirty War

Feds, as is their wont, were extremely sneaky about the manner in which they arrested the site’s alleged operators. Because Brazil won’t extradite citizens to the U.S. for money laundering charges, agents waited till Prihar landed in France, for a connecting flight between Israel and Brazil, before swooping. “This is the single most significant law enforcement disruption of the Darknet to date,” said U.S. attorney Scott Brady. “While there have been successful prosecutions of various Darknet marketplaces, this prosecution is the first to attack the infrastructure supporting the Darknet itself.”

It remains to be seen whether there is a legal case for prosecuting the darknet’s supporting “infrastructure,” of which DDW was a major component. If the feds can make a case against the site’s operators, who else could they conceivably charge? Does linking to a DNM without including a ref link constitute a crime, for instance? Could providing a ref link to Amazon where someone purchases a knife which is later used in a murder also constitute a crime? Lawyers for the Deepdotweb duo will be scrutinizing case law closely for any precedent that might give cause for the charges against their clients to be dropped or reduced. In the case of Barrett Brown, they might have found their best shot at redemption, for as Wired notes:

The trial was poised to become an important First Amendment test case until those [link-sharing] charges were dropped in 2013, leaving Brown to face just two charges for accessory after the fact and for obstructing the execution of a search warrant.

Despite the picture painted in the DDW indictment of a pair of conniving and callous criminals, the reality is far different. Deepdotweb served as a valuable news source for many, supporting dozens of writers, publishing research papers on Tor security, and giving useful feedback to academic authors. As one individual working for a drugs awareness organization wrote, “DDW have been extremely supportive and collaborative spreading our Harm Reduction work for free.” Future Deepdotweb imitators may not be so benevolent.

What are your thoughts on the shutdown of Deepdotweb? Have feds overstepped the mark? Let us know in the comments section below.

The Mother of Fake News – Facebook relaxes advertising ban on cryptocurrencies but nobody there know it!

The social network Facebook continues to weaken its 2018 pronounced ban on cryptocurrency advertising. Advertisements regarding "blockchain technology, news from...