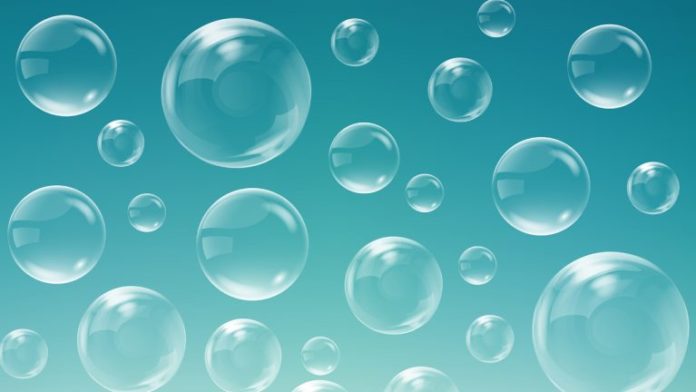 The decentralized finance (defi) space is headed for an implosion unless the divided community leaders step forward with solutions. This is discernible from September 13 Sunday morning tweets by some influential players in the defi space wherein they attack each other. Waves blockchain creator Sasha Ivanov kicked things after depicting current defi ecosystem as Ponzi 2.0 and not the much talked about finance 2.0.

Sam Bankman-Fried (SBF), the current leader of Sushiswap, expresses fears that yield farming food tokens are in fact propagating the decentralized finance (defi) bubble, while the Yearn Finance creator, Andre Cronje believes liquidity fragmentation to be one of the contributing factors to challenges facing defi.

The sentiments reflect the general acknowledgement and concern about the growth as well as the fate of defi. Still, the defi community— which Cronje once labelled toxic— seems to be dominated by individuals fixated with personal agendas This was on display on when Ivanov attacked the idea of the automated market maker (AMM), which some argue to be a great solution.

In his tweets, Ivanov, who insists that Finance 2.0 “will still come anyway”, also suggests AMM is not the solution. The Waves creator explains:

“AMM is not so groundbreaking as working pool mechanics. Pools are awesome. AMM IMO not so much. No matter how high the volume is now.” AMMs are entities tasked with creating price action on an exchange that would otherwise be illiquid without trading activity.

Before the apparent critique on AMMs, an “optimistic” Ivanov tweeted favourably of “Aave, Curve, and a couple of other projects” which he termed “really groundbreaking.” Ivanov’s remarks, which omitted YFI, did not go unnoticed. Perhaps in an indirect response to Invanov’s comments, Cronje, who is credited with helping to build the defi space into a billion industry, tweeted a few hours later stating why AMM is needed. In his tweet, Cronje argues:

“Liquidity is becoming incredibly fragmented. LPs have to choose between pairing assets. The more fragmented, the more expensive (slippage+gas). What we need now is an AMM that can scale 1..n with pooled liquidity, single asset exposure, and cheap swaps.” Still, despite the differences, both Ivanov and Cronje still share a common view that the defi space is being overrun by bad actors. In an earlier tweet, Cronje complained that the Sushiswap controversy had made “defi a joke again.” This was after Chef Nomi, the anonymous creator of Sushiswap said he had returned funds that he seized in the previous week.

The tweet by Cronje may have prompted Bankman-Fried, the current leader of Sushiswap, to post his own thread in which he criticizes yield farming food coins. In his thread, Bankman-Fried starts by posing questions; “Is yield farming sustainable? Is it stupid? Is it revolutionary?”

Bankman-Fried tries to make a case for certain coins that he claims to “have obvious utility.” And just like Ivanov, the Sushiswap co-founder gives his list of “important products that people use even ignoring (yield) farming.” These include Compound Finance, Aave and Balancer. Predictably, the Sushiswap cofounder tears into YFI’s value, which is he says is “a weird case.” He argues that “right now (YFI) mostly just about farming, but it’s also the king of farming, the meta-farming coin, and so it kinda makes sense that it should get a decent piece of that pie.” At the time of writing, YFI was trading at $39,500.

Meanwhile, as influential players engaged in this battle, Twitter users have weighed into the controversial debate. Responding to Bankman-Fried’s thread, user LTTG said.

Any unregulated markets will attract bad actors that try to game the system through perceived legitimacy. Only time will tell which separates the projects that provide real value or the fake ones that only exist to scam money from the public.

Ryan Selkis, a founder at Messari, also added his voice to those worried about defi by drawing parallels with events during the 2017 initial coin offering (ICO) bubble. In a tweet he said:

“ICOs boomed for a while because everyone (laughably) thought there would be a coordinating utility token for every industry. Defi is just one big pool of capital sloshing around a small group of insiders and mercenaries who will soon run out of victims to fleece.”

What are your thoughts about the challenges facing Defi? Tell us what you think in the comments section below.

Buyers have stepped back into the crypto market and are holding Bitcoin above $10K. Each time the cryptocurrency has dropped...