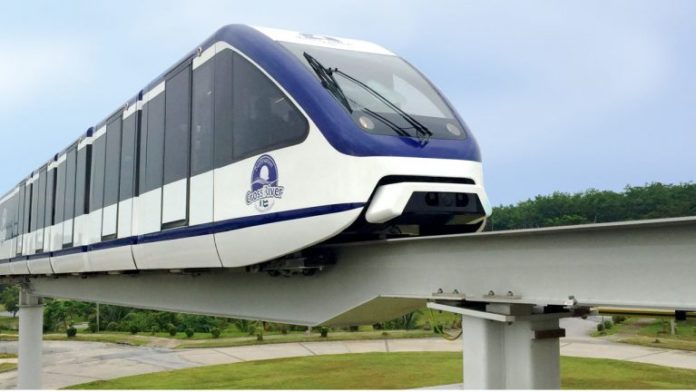 For quite some time now, a number of libertarians, bitcoin evangelists, and blockchain entrepreneurs have been promoting the idea of charter cities and seasteading concepts. One such project, Pronomos Capital, has raised $9 million from heavyweight investors like venture capitalist Peter Thiel. Pronomos was incorporated in August by Patri Friedman, as the project is attempting to start sovereign charter cities in developing countries.

In April 2019, the seasteaders and bitcoin entrepreneurs Chad Elwartowski and Supranee Thepdet, had their floating two-story home removed by the Thai navy. The floating seastead off the coast of Phuket lasted for some time but eventually, Elwartowski and Thepdet were coerced and threatened for living out at sea near the Thai borders. The concept of seasteading is similar to homesteading except the permanent dwellings exist at seas and outside a government territory. Another sect of seasteading and homesteading is the formation of Charter Cities.

Charter cities have existed for quite some time in the U.S., the U.K., and other regions around the world. The characterization of a charter city is defined by a charter document and the city’s rules are not necessarily defined by general law. A project called Pronomos Capital aims to take this concept to a more enlightened level by creating charter cities that leverage voluntary governance. The Pronomos project comes from the mind of Patri Friedman, the well known libertarian and Seasteading Institute founder. Patri Friedman is also the grandchild of Nobel Prize-winning economist Milton Friedman.

Essentially, Pronomos is starting charter cities on vacant land parcels in a number of developing countries. Sources say Pronomos Capital is seeking out regions in Panama, Ghana, Nigeria, the Marshall Islands, and Honduras. The project will allow international firms to set up shop in the semi-autonomous zones and the project is maintained much like a venture fund. So far Pronomos has raised $9 million in venture capital and a large chunk of the investment stemmed from Peter Theil. Other investors include Bitcoin.com’s Roger Ver, venture capitalist Marc Andreessen, and the entrepreneur Balaji Srinivasan.

Pronomos Capital has a very impressive team of Silicon Valley entrepreneurs who have made names for themselves through various ventures. In addition to Friedman the project is fueled by Ryan Rzepecki who recently sold his electric scooter startup to Uber for $200 million, and the cofounder of Flutterwave, Iyinoluwa Aboyeji. Pronomos also has a number of well known advisors like the former vice president of the Theil Foundation, Michael Gibson, angel investor Balaji Srinivasan, Naval Ravikant the founder of Angellist, the executive chairman at Thumbtack Jonathan Swanson, Prime Movers Lab founder Dakin Sloss, Proudengineers CEO Taavi Kotka, and the academic director of the Institute for Competitive Governance Tom W. Bell.

The coronavirus outbreak and economic calamity worldwide, has caused a lot of demand for defunding existing corrupt systems, seasteading concepts, and charter city ideas like Pronomos Capital. During the last month, Friedman told the media that there is “a lot of interest” from people emailing him about charter cities and how to get started. “People in tech hubs like Silicon Valley are looking at other places to live that are cheaper, safer and handled better,” Friedman stressed on June 15, 2020. “Whether that is a single-family seastead, or moving to one of the tax-friendly countries and working on building charter cities for founders around the world,” the founder of the Seasteading Institute and Pronomos project added.

During times of massive cultural change, the creation of new cities paved the way for exponential economic and social growth. The Hanseatic league connected over 200 city states who used their political independence to improve on governance.https://t.co/TkfwGkvWQe

Iyinoluwa Aboyeji and his team members from Pronomos have dedicated their efforts to a place called “Talent City” in Calabar, Nigeria. The organization aims to leverage the country’s free trade zones so it can “unlock Africa’s digital economy.” Just recently on June 1, Aboyeji discussed Talent City on the Charter Cities Podcast episode 5. By July, Aboyeji hopes that they will have an online showroom that will give people an idea of what life would look like if they lived in Talent City.

“The idea is to build anticipation and then you admit a bunch of people at the same time,” Aboyeji highlighted. “A minimum number is about 100 people and we would post all these things that make provisions for them and then selectively start to add newer and newer and newer groups of people as we go along.” As far as the first residents moving to Talent City, Aboyeji hopes it will be around November “before the carnival season” in Nigeria.

Aboyeji thinks there’s a large role for a technology hub and manufacturing in the city, as the team has put a lot of effort into a gas power plant. “We spent considerable amount of money building a gas power plant,” the cofounder of Flutterwave said. “We know how to do it and we can power the area. I’m more confident about manufacturing and all that also coming into the zone, given its natural advantages, including the fact that it has a port right next to it.”

The bitcoin entrepreneurs Elwartowski and Thepdet have left the Thailand region and are now located near Linton Bay, Panama near an uninhabited island. Elwartowski details that he and Thepdet “never wanted to ‘create a nation’ as Thailand accused us of.” For now, they are simply building a region of collective seasteading pods they call “Seabnbs.” Elwartowski explained on Monday that he and Thepdet are planning to create 30 seapods and sell them on the open market.

What do you think about all the libertarians and bitcoin evangelists creating seasteads and charter city concepts? Let us know in the comment section below.

In a new report, Deutsche Bank ominously says there’s a strong likelihood of a disaster far worse than the recent...