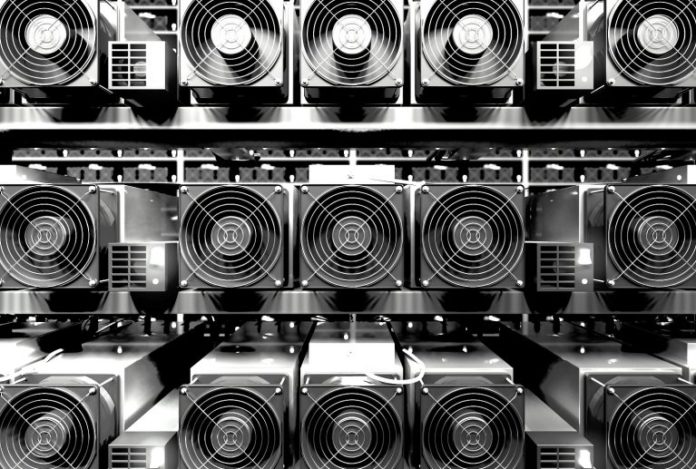 Since BTC prices slid below the $8K price range, mining operations have been making less revenue. On Sunday, December 1, only 13 mining rigs with an average electricity cost of $0.12 per kWh are profiting at current prices. Of course, miners from China and other regions pay far less per kWh but older mining rigs currently struggle for profits.

High-Powered Mining Rigs Are Still Profitable at Current Prices, Older Devices Not So Much

Mining the SHA256 algorithm is still profitable, no matter which coin you mine, whether it be BTC or BCH. For instance, on Sunday it’s between 0.4-3% more profitable to mine on the Bitcoin Cash blockchain according to Coin Dance statistics. During the last three hours, the BCH hashrate has been around 4.14 exahash per second (EH/s), while the BTC chain has had around 98.03 EH/s. In the last seven days, BTC has averaged around 87.34 EH/s and BCH has seen 2.60 EH/s.

At current prices, BTC and BCH miners paying only $0.05 per kWh can choose between a variety of 70 profitable devices. At $0.05 per kWh, any mining rig that can process more than 11 TH/s with decent power efficiency can still make money. Much larger profits between $5-10 per day come from high-powered mining rigs that can process more than 40 TH/s with power outputs between 1500W to 6000W off the wall. With electrical costs at $0.05 per kWh or under, the top mining rigs stem from manufacturers like Bitmain, Microbt, Strongu, Innosilicon, and Bitfury. Machines making below $5 per day are manufactured by firms such as Canaan, Ebang, Holic, and average around 20-38 TH/s.

In addition to the top machines that process the SHA256 algorithm, Bitmain’s Antminer S17+ (73 TH/s) will be shipping in December. The 73 TH/s Antminer has a power consumption of 2920W according to specifications. Moreover, regional reports from China reveal that a new Microbt Whatsminer is on the way that processes higher hashrates than the 73 TH/s S17+ model. The company’s current Whatsminer M20S (68 TH/s) can make a touch over $7 per day if electrical costs are at $0.05 per kWh or below. However, a shareholder of Microbt named Wu Gang says that the firm is releasing a M30S model. The shareholder said the new machine will “deliver 81 TH/s” with a “power consumption at 38 watts per terahash.”

Wu also told the Wechat community that the M30S will be supported by Samsung 8nm chips but reports explain that the Japan-South Korea Trade War has put a strain on these efforts. Microbt was founded in 2016 by former Bitmain employee Yang Zuoxing. He was purportedly the processor design director and helped developed Bitmain’s popular S7 and S9 models. After leaving Bitmain, Microbt was sued for allegedly infringing upon Bitmain’s patent for mining rig technology. Moreover, last month, Yang Zuoxing was purportedly held in custody by Chinese police in regards to Bitmain’s intellectual property (IP). Microbt shareholder Wu Gang did not disclose when the Shenzhen-based mining chip manufacturer will release the M30S.