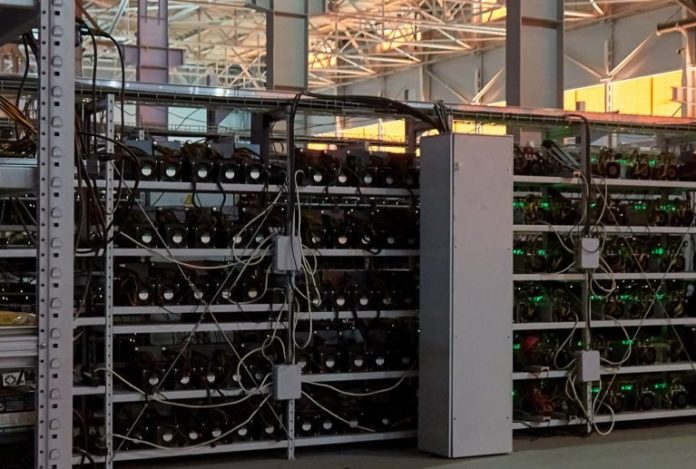 People watching cryptocurrency markets have been patiently waiting for prices to rise and the overall sentiment to change. However, one thing that’s been extremely bullish these days is how BTC’s hashrate has doubled in the last three months. Even with today’s sluggish crypto prices, the SHA-256 hashrate has remained unscathed and continues to show persistent growth.

The SHA-256 hashrate, which helps secure both the BTC and BCH blockchain has seen steady progression this year. At the time of writing, while markets have seen 15-30% losses this week, both BCH and BTC’s hashrates have continued to chug along unfazed. According to current data, BTC’s hashpower is around 95 exahash per second (EH/s) and the BCH chain has roughly 2.25 EH/s. Most miners have continued to process BTC blocks without slowing down, but on September 23 the BTC hashrate quickly dropped to 57 EH/s.

The processing power has recovered almost all of its lost strength, and speculators believe the rising hashrate is a positive sign of things to come. The top-performing mining device as of September 25, is Bitmain’s Antminer S17 Pro which processes the SHA-256 algorithm at 53 terahash per second (TH/s). The S17 Pro is followed by the standard Antminer S17 (50 TH/s), Innosilicon’s Terminator 3 (52 TH/s), Strongu’s STU-U8 Pro (60 TH/s), and Microbt’s Whatsminer M20S (69 TH/s). All of these machines are profiting if they mine at an average of $0.12 kWh and the most densely populated mining zones get much cheaper electricity rates than the global average. Despite the lower bitcoin cash (BCH) prices, BCH miners have steadily held over 2 EH/s consistently over the last few months. According to coin.dance data statistics, it is currently 2.10% more profitable to mine BCH than BTC at 2:30 p.m. EDT on September 25.

The cofounder of Canaan, Kong Jianping, believes the computing power of the SHA-256 hashrate will climb 200% by 2020 according to local reports. Canaan is a powerful Chinese mining rig manufacturer that distributes the Avalonminer series. Kong discussed his belief at the New Era Mining Summit and claimed that his firm would help bolster the push. The cofounder said that Canaan has plans to unleash a “large-scale production” of 7nm chips dedicated to mining coins like BTC and BCH. Kong also remarked the company aims to be a leader in the industry by enhancing the 7nm chip design, alongside upgrading the mining rig supply chain. Local reports have also detailed that Canaan has no plans to file an IPO any time soon. Canaan has unveiled its Avalonminer 1066 that processes 50 TH/s and November batches are still available. However, in order to make an Avalonminer 1066 purchase, visitors must inquire by email.

In another discussion at the New Era Mining Summit, Microbt founder and CEO, Yang Zuoxing announced the firm will have delivered 200,000 M20 series miners by the end of September. The Microbt Whatsminer has been a prevalent mining rig within the industry in the last two years with the M20S and the M21 series. In the last four months, the BTC hashrate has jumped by at least 40 EH/s and Zuoxing claims Microbt miners contributed to at least 10 EH/s of that number.

The Microbt founder thinks the BTC hashrate will rise to 120 EH/s by 2020 and the 200,000 M20 models should add around 10 EH/s to the overall computing power. “Based on the information I have seen and based on our current production capacity, the bitcoin network’s total hashrate is estimated to reach 120 EH/s by the end of this year,” Zuoxing stated at the mining summit hosted by Poolin. Zuoxing also revealed the company was dealing with the chip manufacturer Samsung. Besides Canaan and Microbt, the mining giant Bitmain has also sold a significant amount of next-gen miners and released a slew of new models in 2017. Bitmain, Microbt, and Innosilicon have managed to produce these units while 7nm chips have been hard to come by due to the smartphone market. The New Era Mining Summit saw 1,800 attendees and roughly 400 mining farm operations according to the mining pool Poolin.

Mining the SHA-256 algorithm continues to be a very competitive industry and a great number of miners are located in China. A few reports detail that the local government in China’s Inner Mongolia region has been cracking down on illegal bitcoin mining facilities. An Inner Mongolian regulator stated: “The virtual currency ‘mining’ industry belongs to a pseudo-financial innovation unrelated to the real economy, and should not be supported.” The news hasn’t really amounted to anything just yet except for the threat, which sort of thing has already happened on countless occasions in China over the last few years. However, Chinese miners have been migrating recently and many operations reportedly suffered in mid-August due to the flooding in Sichuan. None of the reported issues and so-called crackdowns in China have affected the overall SHA-256 hashrate so far. Even with crypto markets blood red this week, for miners, its still business as usual.

Could experience with cryptocurrency help you become a better space scientist? NASA seems to think so. The U.S. aeronautics agency...