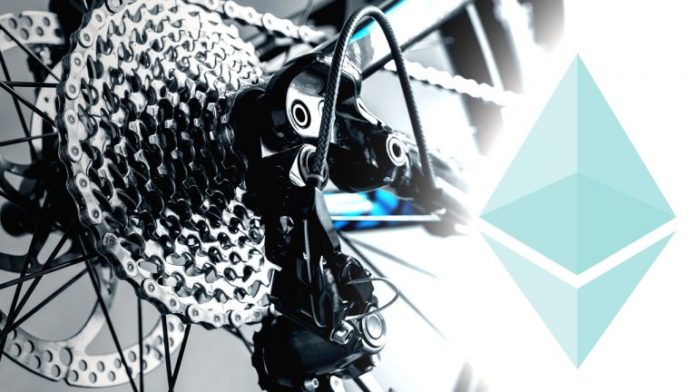 Just recently a number of people on Twitter congratulated the Ethereum network for becoming Bitcoin’s (BTC) largest second layer or unofficial side-chain. This is because the Total Value Locked (TVL) for BTC-pegged ETH tokens has surpassed both Lightning Network and Blockstream’s Liquid platform combined. According to statistics on the web portal Defi Pulse, the Lightning Network (LN) has a TVL of around 925 BTC today. This means the LN reserves hold around 0.01% of all BTC in circulation. The TVL on the LN platform has held around $8 to $9 million since May 7, 2020. Prior to that, the LN had about a million dollars less than the current TVL on April 28, 2020.

The BTC-pegged ETH tokens called Wrapped Bitcoin (WBTC) have seen massive demand lately, and at the moment there is 3.9k BTC held in the WBTC reserves. Using today’s exchange rates there is around $34.7 million worth of BTC held and the demand spiked significantly during the last week and a half. For instance, on May 11, 2020, WBTC’s TVL only held $11 million worth of BTC. After that date, the TVL for the BTC-pegged ETH token jumped significantly and now captures 4X more than the LN platform.

Despite Sidechain Trust Models, Ethereum Is the Largest Bitcoin Sidechain by TVL

In addition to WBTC, the Ethereum network also has a number of other BTC-pegged ETH tokens and the protocol also has more tether (USDT) than the Omni Layer network. Besides tether, a great majority of the crypto economy’s stablecoins like TUSD, USDC, DAI, and PAX all leverage the ETH network as well. Despite, the massive interest in people using ETH for stablecoins and BTC-pegged ETH tokens using the ERC20 standard, Ethereum cofounder has some concerns. On Twitter, someone commented on how there is 2.5X more BTC on Ethereum than Blockstream’s Liquid project. In response, Ethereum cofounder Vitalik Buterin said:

I’m worried about the trust models of some of these tokens. It would be sad if there ends up being $5B of BTC on ethereum and the keys are held by a single institution.

Buterin did not disclose which project he was talking about, but many assume he may have been referring to WBTC. The project WBTC does have a custodian, and reserves are kept secure by the company Bitgo. The company offers a transparent web portal that allows people to verify custodied bitcoin addresses against the TVL within WBTC’s coffers. Besides the LN platform taking a fair share of criticism over the years, Blockstream’s Liquid has been criticized by the community as well. The founder of Blockchair, Nikita Zhavoronkov, recently took issue with Blockstream’s Liquid project on May 24 in a tweet.

“Ziya Sadr asks if an Iranian company may become a Liquid Functionary,” Zhavoronkov tweeted. “[Blockstream CEO Adam Back] tries to dodge the question. While the Terms of Service on their website gives a clear answer: NO.”

The discussion concerning Ethereum holding more BTC than the LN and Liquid combined, has been a trending conversation on social media and cryptocurrency forums. Lots of people debating on the custodial reserves held by Bitgo, but people also dislike the 15 company model that holds custodial powers within the Liquid federation. The community may still have to wait for Paul Sztorc’s drivechain, for a more decentralized BTC sidechain or second layer. Despite the custodial controversy, the Ethereum network, as far as Total Value Locked concerned is currently BTC’s largest sidechain and the ETH chain moves an enormous amount of value every day.

What do you think about the TVL held on Ethereum? Let us know what you think in the comments below.

Remitano, one of the most popular peer-to-peer cryptocurrency marketplaces in Nigeria, has added a fiat wallet for Naira (NGN). This...