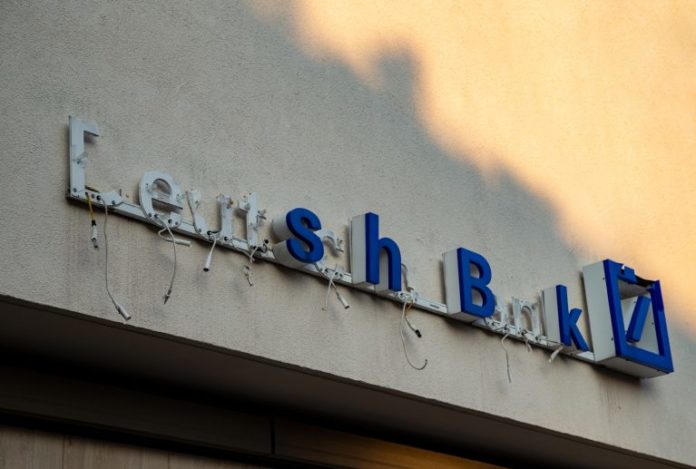 German financial services giant Deutsche Bank AG is one of the largest and most important economic institutions in the world. Mainly due to self-imposed scandals, the bank is now having to taking drastic measures to stay afloat. Investors everywhere should note that if such a critical piece of the too-big-to-fail banking system falters, it could trigger another global financial crisis.

Also Read: Global Crypto War Is Heating up – Iran Next in Line With Its Own Gold-Backed Coin

Deutsche Bank AG, the largest banking services group in Germany with well over a trillion dollars worth of assets under management, has been a major source of concern for international investors, economists and policy makers for more than two years now. In fact, the International Monetary Fund called the bank in 2016 “the most important net contributor to systemic risks” to the global financial system. That same year, various financial publications around the world also started warning that Deutsche might be the “next Lehman Brothers,” referring to the investment bank whose collapse is considered to be a major part of starting the 2008 global financial crisis.

Now the German bank appears to be struggling again, with some commentators fearing it will not be able to survive. Just this month it was announced that Deutsche will undergo a major reorganization in order to stop the bleeding. As was widely reported, the restructuring process of the company will include downsizing about a fifth of its employees around the world, approximately 18,000-20,000 people. Additionally it was revealed that Deutsche will cut its investment in information technology by over a billion dollars per year, a move that will hinder it from catching up with competitors or being able to face new challengers in the fintech domain. Moreover, there are also reports in the market that some institutional investment funds are pulling out their assets from the bank, which might signal a lack of trust in the success of the reorganization efforts.

Costly Scandals and Billions in Fines

Before we ponder how the situation might unfold, let’s review how Deutsche Bank got to its current state. Over the last few years it has been involved in a number of scandals such as facilitating money laundering which cost the bank a fortune in legal expenses, reputational damage and massive fines. Its stock is now trading at a 30-year low, having lost over 70% in value since 2007. The bank also suffered frequent changes at the top because of this, replacing CEOs and other top executives at an alarming rate for a company of its kind in its industry. In November 2018, its headquarters were even raided by law enforcement officers and representatives of the German tax authority. The myriad of legal troubles it’s faced have cost Deutsche Bank an incredible amount of money in the last few years. For example, in April 2015 it had to agree to pay a combined $2.5 billion in fines to American and British authorities for its involvement in the Libor scandal, where several banks were accused of colluding to fix interest rates widely used around the world. And in January 2017, Deutsche reached a $7.2 billion settlement with the U.S. Justice Department over its sale and pooling of toxic mortgage securities. In total, Deutsche Bank has paid more than €12 billion for litigation since 2012.

What Happens When Too-Big-to-Fail Fails?

So what will happen if Deutsche Bank does not succeed with its reorganization efforts and can no longer survive on its own? If it was operating in an economy governed by real free market principles, the bank would just go out of business the same way other companies do all the time. However, it is more than possible that politicians and bureaucrats will feel a need to intervene to prevent that from happening.

Bodies such as the German government and the European Central Bank (ECB) can say that the failure of the largest commercial banking institution in the economic heart of Europe would have disastrous ramifications for the continent and the world as a lack of investor trust will send an economic shockwave from Germany outward. For this reason they may claim to have no choice but to rescue Deutsche Bank with other people’s money. This can be done by several ways, including forcing other banks to buy out Deutsche (there were attempts to merge it with Commerzbank AG in the past), printing more fiat money and giving it away to Deutsche or even outright nationalizing the bank. Whatever the case may be, it will have lasting implications on the global economy. Besides the knock-on effect on other financial institutions, a collapse of Deutsche Bank, as well as a rescue of it with European citizens’ money, could create serious political fallback. As we have seen with the last global crisis financial, disillusioned voters might feel that those in power are sacrificing their savings in order to help rich bankers from too-big-to-fail institutions, fueling a drift to populism in extreme right and left parties, further destabilizing the established order.

A new financial crisis triggered by a collapse of Deutsche Bank can also drive more people to discover cryptocurrency as an alternative to fiat, as the faults of the old system become obvious to understand. A costly and unfair rescue of the failing system will also have such an effect, evoking the Times headline “Chancellor on brink of second bailout for banks” from January 3, 2009, enshrined by Satoshi Nakamoto in the Bitcoin genesis block for a reason.

What do you think about the current state of Deutsche Bank and the likelihood of its possible collapse to crash the global financial markets again? Share your thoughts in the comments section below.