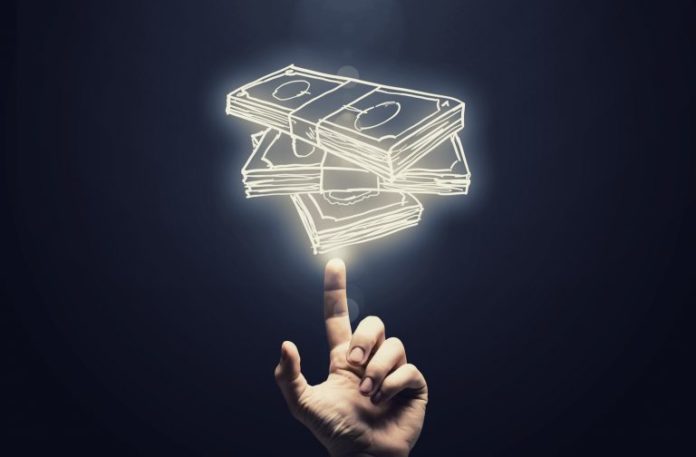 A new report from Deutsche Bank Research, Digital Currencies: the Ultimate Hard Power Tool, predicts that cash payments will remain for decades, but the emergence of digital payments “will lead to the death of the plastic card.” The report, which is the third installment in a series on payments by the group, points to economies like China in their rapid digitization and heavy reliance on online payment systems. Should the newly developed digital yuan come to prevalence, the report maintains, it could seriously challenge USD hegemony.

End of Plastic, Survival of Cash

Unlike many prominent prognosticators of finance, the authors are perhaps unique in that they see cash as surviving for decades to come, despite rapid developments in digitization of payments. The report boldly proclaims:

When people discuss the future of payments they tend to predict the end of cash. Our view is different. Not only do we think cash will be around for a long time, we see the transition to digital payments as having the potential to do no less than rebalance global economic power. The global shift does come with one casualty, however, and that’s plastic cards, says the group. “While cash will stay, the coming decade will see digital payments grow at light speed. That will lead to the death of the plastic card.” The paper notes: “Over the next five years, we expect mobile payments to comprise two-fifths of in-store purchases in the US, quadruple the current level.” As for developing countries, Deutsche Bank Research maintains that “Many customers in these countries are transitioning directly from cash to mobile payments without ever owning a plastic card.”

Crypto Adoption Mirrors Internet Adoption, But There Are Still Many Barriers to Mainstream Use

The report goes on to predict a continued mass adoption of crypto, which will closely follow the ever-growing number of internet users in the world. Still, when it comes to cryptos, Deutsche Bank Research is careful to clarify that “They have not been widely accepted as a means of payments despite their well-known benefits: security, speed, minimal transaction fees, ease of storage, and relevance in the digital era.” However they say that this could change.

“If the Chinese government, along with Google, Amazon, Facebook, or Apple (the so-called GAFA group), or a Chinese company like Tencent can overcome some of the barriers to cryptocurrencies … then cryptocurrencies could become more appealing. This will hasten their adoption and give them the potential to replace cash,” the publication notes. Further, “if the growth in blockchain wallet users continues to mirror that of internet users, then by the end of the decade, they will number 200 million, quadruple the current level.”

As China (and India) develop electronic, crypto, and peer-to-peer strategies, the epicentre of global economic power could shift. China is working on a digital currency backed by its central bank that could be used as a soft- or hard-power tool. In fact, if companies doing business in China are forced to adopt a digital yuan, it will certainly erode the dollar’s primacy in the global financial market.

In other words, should the Chinese government take a hardline stance on forcing commerce to be done in the new CBDC, given their significant economic clout, USD hegemony could be dealt a hefty blow. In the report’s view, the first major CBDC to market will also have a decisive advantage over even the Googles, Amazons, Facebooks, Apples and Microsofts of today. While the politically embattled libra could be huge, for example, it lacks regulatory approval and is weakened considerably by this. “China is gaining a decisive advantage over financial applications that use DLT,” the report details. “This will likely disrupt the GAFAMs, which have prospered with the help of the personal data of customers. Whoever dominates a blockchain will control the trust of users on that platform. Whoever dominates the first major state digital currency will control the banking and e-commerce sector within that nation (at least).”

The report makes clear that USD still dominates global trade by leaps and bounds, but affirms, “The Chinese government has made tremendous efforts to internationalise the renminbi, similar to the US intervention in the early twentieth century. From 2000 to 2015, the RMB share as a settlement currency in China’s trade has increased from zero to 25 percent.”

Sadly for the cryptocurrency enthusiasts clicking on the Deutsche Bank report in hopes of seeing Satoshi’s vision for a peer-to-peer electronic cash system affirmed, the publication mostly praises central banks, heavy regulations, and operates under a bizarre assumption that state actors themselves aren’t subject to similar corruption as other markets. Not to mention an overall theme dismissive of concerns about privacy.

“Our twentieth-century payment system needs to be upgraded and digitised. Governments, particularly those in Western countries need to wake up before it is too late,” the group declares. “That is because a private, loosely regulated digital currency is probably not the best response to the coming financial disruption … [Cryptocurrencies] must become legitimate in the eyes of governments and regulators.”

What are your thoughts on the Deutsche Bank Report? Let us know in the comments section below.

Just a week after the Reserve Bank of India confirmed legal status for crypto currency, a draft national strategy on...