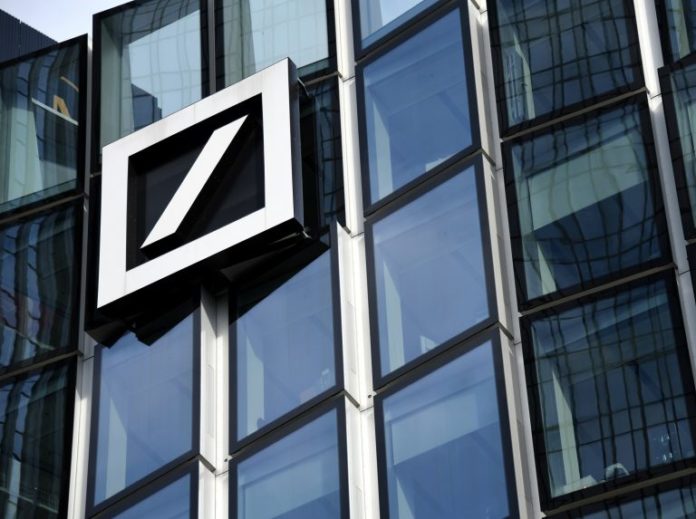 A year of reorganization has left its mark on Germany’s leading financial institution. Deutsche Bank revealed this week it suffered significant losses in the last quarter and all of 2019. The banking giant claims that the damage is “entirely driven by transformation-related effects” such as compensation for sacked employees and devalued assets.

Also read: US Bank Silvergate Sees Growth in Crypto Clients, Despite Decreasing Deposits From the Sector

In a report published Thursday, Deutsche Bank announced a pre-tax loss of €2.6 billion (over $2.85 billion) and explained it had to absorb transformation charges of €1.1 billion, goodwill impairments of €1 billion as well as restructuring and severance expenses of €805 million. The bank’s net loss for 2019 amounts to the staggering €5.3 billion (almost $5.85 billion). The figure includes transformation-related deferred tax asset valuation adjustments of €2.8 billion. In Q4, Deutsche Bank had a pre-tax loss of €1.3 billion, including transformation charges of €608 million and another €473 million in restructuring expenses. The net loss of €1.5 billion incorporates deferred tax asset valuation adjustments of approximately €400 million. According to the report, the transformation-related effects were largely in line with the expectations. Last year, the bank incurred 70% of the total costs to achieve the goals of the reorganization program which was launched in July and will continue through 2022. Deutsche Bank CEO Christian Sewing stated:

Our new strategy is gaining traction. Stabilizing revenues in the second half of 2019 and our consistent cost discipline both contributed to better operating performance than in 2018. Our client business is developing well, right across the bank.

The chief executive insisted the bank has a strong capital position and expressed confidence that it is capable of financing its transformation with own resources and eventually returning to growth. The report details, however, that Deutsche Bank’s revenues are down 2%, with pre-tax profit at €543 million. But if specific revenue items and transformation charges are taken out of the equation, the bank claims an adjusted pre-tax profit of €2.8 billion, or up 7% from the 2018 figure.

The Frankfurt-based financial institution is explaining the losses with the need to deal with the serious problems accumulated through the years. The measures introduced in 2019 included writing down the value of some assets and cutting 4,100 jobs. Last summer, Deutsche Bank announced it’s going to lay off at least 18,000 people by 2022, a fifth of its global workforce that should be reduced to 74,000 as it scales down investment banking and equities sales and trading operations. The bank’s management was also considering to cut up to 20% of its bonus pool and suspend the 2019 and 2020 dividend in order to reduce costs further. In 2018, €1.9 billion were paid in bonuses, despite a 14% cut. The German lender has been dogged by many problems that have left observers concerned about its prospects. Being one of the world’s largest financial institutions, its current state inevitably contributes to the risks for Germany’s economy and the global financial system. Deutsche Bank is not an isolated case in Europe, where many other banks have been struggling to overcome the consequences of the 2008 meltdown.

This week, the European Central Bank published the results of its 2019 Supervisory Review and Evaluation Process. The ECB uses a scoring system to assess financial institutions, taking into account the viability and sustainability of business models, the adequacy of internal governance and risk management, the risks to capital, and the risks to liquidity and funding. With 1 being the best and 4 the worst score, the share of banks receiving an overall score of 3 increased to 43% in 2019 from 38% last year, only 18% achieved a score of 2, and no significant bank scored 1.

The review also indicated that the earnings of Europe’s most important banks are below their cost of capital. Business model risk remains a key area of concern due to low profitability, the ECB remarked in a press release while also emphasizing that internal governance continues to deteriorate. “Findings show that in a significant number of instances management bodies are not effective and internal controls are weak,” ECB concluded in the report.

Do you expect Deutsche Bank to achieve its restructuring goals? Share your thoughts on the subject in the comments section below.

The post Deutsche Bank Reports €5.3 Billion in Net Loss for 2019 as It Counts the Cost of Restructuring appeared first on Bitcoin News.