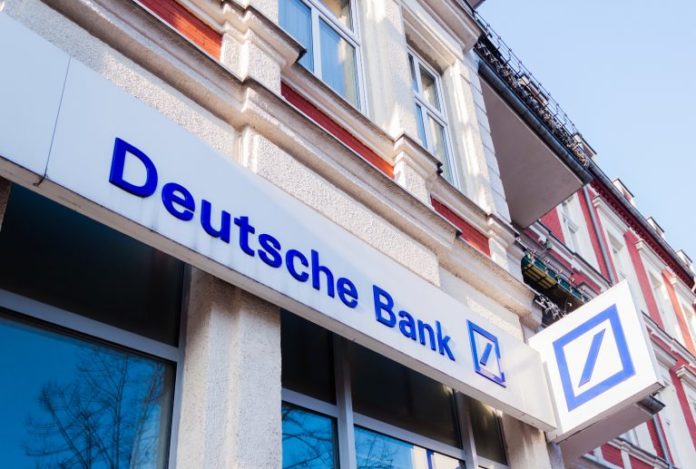 Deutsche Bank analysts have made some predictions regarding the future of cryptocurrency. Strategist Jim Reid explained why cryptocurrencies are inevitable and how the existing fiat money system could crumble over the next decade, leading to soaring demand for cryptocurrencies.

‘The End of Fiat Money?’ – Cryptocurrencies Are Inevitable

Deutsche Bank Research released a special edition of Konzept entitled “Imagine 2030” on Thursday. Konzept is a regularly published research report that addresses the fundamental issues driving the world of economics and finance. In the 84-page special edition, Deutsche Bank analysts discussed contrarian ideas of how the 2020s may evolve.

Jim Reid, Global Head of Fundamental Credit, Strategy and Thematic Research at Deutsche Bank, wrote in the report: “While critics bemoan cryptocurrencies as constrained by regulatory hurdles, we believe the incentives of governments and card providers are such that digital currencies are inevitable.” He authored the section of the report entitled “The end of fiat money?” Reid detailed:

The forces that have held the current fiat system together now look fragile and they could unravel in the 2020s. If so, that will start to lead to a backlash against fiat money and demand for alternative currencies, such as gold or crypto could soar. One of the sections of the report discusses cryptocurrencies as “the 21st century cash.” Marion Laboure authored this section, with contribution from Anthony Chaimowitz, Market Research Lead for the EMEA and APAC regions at the bank. “Until now, cryptocurrencies have been additions, rather than substitutes, to the global inventory of money,” Laboure explained, asserting that “Over the next decade, this may change.” She elaborated:

Overcoming regulatory hurdles will broaden their appeal and raise the potential to eventually replace cash.

Laboure provided a comparison between the adoption rates of cryptocurrencies and the internet by examining the number of Blockchain wallet users and the number of internet users over multiple years. “It is early days but the curves are similar after adjusting for scale,” she claims. “Indeed, if current trends continue, there could be 200m blockchain wallet users in 2030.”

To achieve widespread adoption, Laboure believes that cryptocurrencies must become legitimate in the eyes of governments and regulators. They must also “allow for global reach in the payment market.” Furthermore, “To do this, alliances must be forged with key stakeholders – mobile apps such as Apple Pay, Google Pay, card providers such as Visa and Mastercard, and retailers, such as Amazon and Walmart,” she opined. “If these challenges can be overcome, the eventual future of cash is at risk.” Laboure continued:

As we look to the decade ahead, it would not be surprising if a new and mainstream cryptocurrency were to unexpectedly emerge.

“Cryptocurrencies may constitute the best tool for a digital war,” she added, pointing out that some countries with historically-strong banking industries are already trialing them. “The question is which country will take advantage of being the first to obtain licenses and build alliances. As that occurs, the line between cryptocurrencies, financial institutions, and public and private sectors may become blurred,” she concluded.

What do you think of this Deutsche Bank report and the analysts’ view on cryptocurrency? Do you think crypto will soon replace fiat money? Let us know in the comments section below.