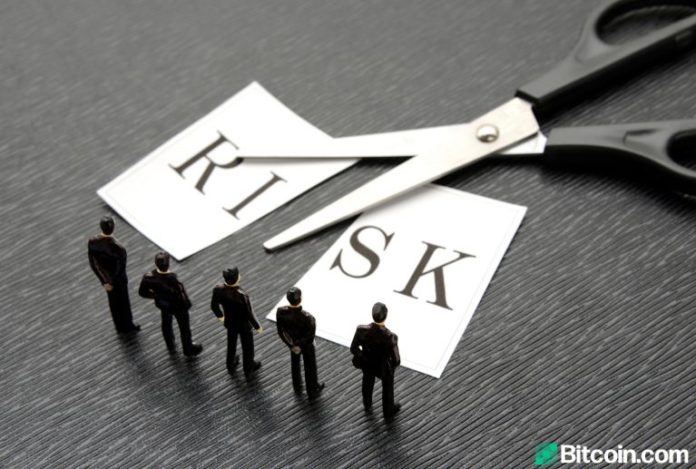 Powswap Where Miners and Holders Can Speculate On Hashrate

Software developer Jeremy Rubin recently announced the launch of a new project he developed called Powswap. It lets people speculate on hashrate to offer “mining derivatives with no trust required.” Essentially, in Rubin’s words, Powswap is a “smart contract/platform for trading Bitcoin hashrate derivatives” with “No middlemen. No oracles. No escrows. Nothing but Bitcoin.” The day Rubin announced the project he explained that it works on Bitcoin Core on mainnet and that no soft forks are required. He also noted that the basic protocol doesn’t require the participation of any other parties and claimed that Powswap is “real [decentralized finance] defi.” Rubin added:

Hashrate derivatives let you trade new strategies: Miners can buy a hedge if they think the difficulty will go up putting them out of business. Miners can hedge if they think their mining operation might ‘blow up’ dropping hash rate and miners can level up new ops. Hodlers can buy insurance against hashrate drops. Hodlers can sell against a large hashrate change in order to generate passive interest and traders can do their thing in between the two to generate profits off of inefficiencies. Powswap has a website that explains the concept in greater detail. According to the site, the project is a noncustodial, trust-free hashrate derivatives platform. Powswap could help miners mitigate against unforeseen changes in the network’s difficulty. Additionally, holders can benefit and market makers can make profits by providing liquidity to the market. At the moment, Powswap’s website says the concept is in its nascent stages and people can sign up to become a Powswap alpha tester.

The project website explains how Rubin’s mining derivatives idea works by utilizing block delta contracts. Basically these contracts can detect changes in hashrate. Powswap also leverages a bulletin board that relays orders of available offers and takes a small commission for relaying these orders. There’s also bonded assurances which means the platform could be used for “an untrusted, bonded facilitator for the execution of high-value contracts where reorg safety is a concern.” Lastly, the platform contracts can be updated without onchain transactions and parties can “renegotiate contracts” as well.

“Powswap works today in Bitcoin, leveraging smart-contracts to automatically detect changes in Bitcoin’s hashrate and pay-out contracts on that basis,” the project’s website highlights. “The Powswap protocol is a flexible basis for exotic hashrate contracts, as well as simple to understand standard-form contracts.”

Rubin and his project Powswap is not the first time someone has combined the idea of bitcoin mining and derivatives products. For instance, in April 2017 CME Group published a patent that creates a derivatives platform for bitcoin miners so they can hedge against operational risks. “The contracts can be used, for example, by virtual currency miners to hedge certain risks associated with mining virtual currency,” CME’s patent notes. In December 2019, Canaan partnered with the market maker GSR and Interhash to create a concept that lets miners hedge their risks. Of course, Rubin’s Powswap concept aims to offer a decentralized version of hashrate derivatives products, unlike CME or Canaan’s centralized ideas.

When the low bitcoin prices from the crypto winter struck miners in 2018, it led to multiple bankruptcies that invoked the idea of using mining derivatives to fix the unpredictability issue. With a derivatives hedge, a mining operation could bet on a more profitable long-term difficulty position keeping them afloat if the difficulty changes drastically or BTC prices drop lower than a certain level. Jeremy Rubin’s concept seems to be a more decentralized attempt to provide the means to speculate on hashrate changes. Powswap hopes to bring defi to the world of SHA256 mining in order for miners and long term coin holders to achieve more stability.

What do you think about Powswap and Jeremy Rubin’s idea to speculate on hashrate and network difficulty changes in the form of mining derivatives? Let us know what you think about this topic in the comments section below.