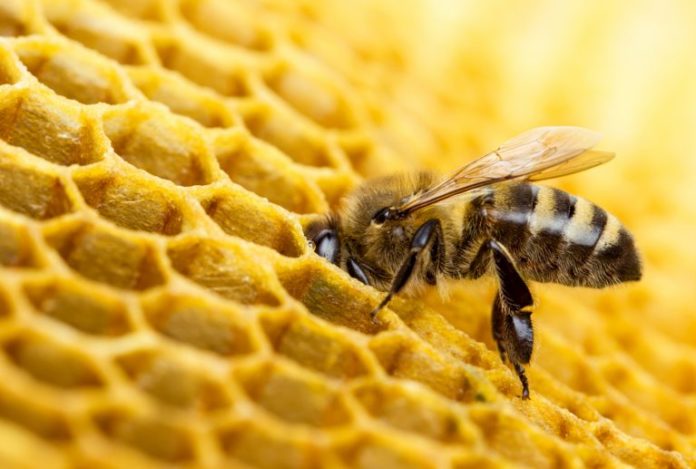 Last week at the Try Swift conference in New York, former Bitcoin.com software engineer Jean-Baptiste Dominguez unveiled a new crypto-based rewards application powered by the Bitcoin Cash (BCH) chain called Honeypoints. The latest SLP project was also designed by Bitcoin.com’s former developer Alfonso Rocha, and both cofounders aim to “make cryptocurrencies available to everyone.” The new application is currently in beta for iOS devices and the Honeypoints team plans to launch worldwide on Sep. 30. Basically, the Honeypoints platform acts as a crypto wallet that allows users to store BCH and Simple Ledger Protocol (SLP) tokens. But the application’s main feature allows anyone to construct a loyalty program that rewards patronage with SLP token rewards. At the Try Swift conference, attendees got their first glimpse of the powerful SLP protocol combined with BCH and Dominguez told the audience how retailers and brands can create Honeypoint reward programs.

“We empower businesses and individuals to retain their customers through a crypto-currency reward token — Coming soon,” the honeypoints.cash website reads.

After creating a custom Honeypoints card system merchants can reward crypto tokens to customers who make purchases in-store or online. Retailers and brands could also reward patrons who share social media posts on Twitter, handle a specified task, and even be rewarded for simply visiting a website. Dominguez and the Honeypoints team hopes to see the SLP token system mature greatly with tokenization bringing the same value to the table as it did with Ethereum. While demonstrating the new platform, Dominguez told the Try Swift attendees that “you don’t need a development team to have your enterprise-grade system for your most loyal customers.” The software engineer added:

We don’t want anybody to be confused or scared by the concept of cryptocurrencies. We just want them to enjoy the benefits of the technology. Everything that we’ve done, from the concept to the app itself, is designed to be useable for everyone instantly.

Using the Honeypoints application is intuitive for anyone who has used a crypto wallet before, but it’s also simple enough for crypto newcomers as well. The wallet side of the app can store send and receive BCH, alongside the ability to store SLP tokens in a noncustodial fashion. Honeypoints uses a four-digit PIN to secure the wallet and a mnemonic seed phrase for backup and restoration purposes. The PIN is needed if you want to access the mnemonic’s 12-words and initiate a wallet restoration process as well. Right now, the beta wallet shows you balances in BCH and SLP tokens and also lets you purchase BCH for gas. If someone randomly sends you a token to your Honeypoints wallet, you can choose if you want to add it to the wallet’s balance or not. On the bottom right there’s a compass icon that says Discovery which shows how people can earn reward tokens by tweeting something from their Twitter account or handling another task. For instance, on the Honeypoints beta version, there’s a “Spice Must Flow” task available and if you share a meme from the Spicefeed on Twitter you get 200 spice.

The beta version also gives you the ability to forge a new SLP token from the wallet interface by pressing the “Create token” tab. You can customize the SLP token’s name, ticker, quantity, number of decimals, tether a document URL, and choose if the minting baton will be active or not. Just like the rest of the SLP applications out in the wild today, a small fraction of BCH (gas) is needed to create tokens and send them as well. The Honeypoints beta release from Apple’s Testflight also allows users to toggle between the BCH livenet and testnet.

‘Bitcoin Cash Development and Awareness Is at an All-Time High’

The SLP ecosystem has become very popular since the summer of 2018 and there’s a whole universe of ideas and token projects in the making. There have been thousands of SLP tokens created onchain and developers have even figured out how to create nonfungible SLP tokens and pay BCH dividend payments to token holders. At the Try Swift event in New York, Dominguez exposed the benefits of SLP tokens fueled by the BCH chain to a global audience.

HoneyPoints is now in public beta. 🐝 Get crypto rewards from your favorite places by downloading the iOS beta from: https://t.co/423Zw42SNQ pic.twitter.com/YWnGWCFznr

The Honeypoints founders believe the demonstration has shown attendees a real-world use case that leverages cryptocurrency solutions. The Honeypoints engineers explained in a press release on Sep. 12 that the team chose BCH because it’s “20X cheaper” than using token systems that stem from Ethereum. “Recent tests of the Bitcoin Cash blockchain also proved that it can handle more transactions than Ethereum while keeping its costs low,” the press release highlights. Moreover, the startup emphasized that a Honeypoints token rewards system is friendlier to the environment than creating paper rewards programs.

Seeing the SLP system mature significantly, and after the Bitcoin Cash City conference in North Queensland, Australia, the Honeypoints creators Dominguez and Rocha believe “Bitcoin Cash development and awareness is at an all time high.” To them, it’s the perfect time to launch the crypto rewards platform and the team is currently onboarding their first retailers and brands via the Honeypoints beta Telegram group. You can follow the Tokyo-based startup’s Twitter page for upcoming announcements on when the application launches at the end of the month. SLP platforms areappearing left and right these days, and the rewards system is another token project built using the BCH chain in a unique manner.

Did you know you can verify any unconfirmed Bitcoin transaction with our Bitcoin Cash Block Explorer tool? Our block explorer can also search the SLP universe of tokens too. Simply complete a Bitcoin Cash or SLP token address to view it on the blockchain. Plus, visit our Bitcoin Charts to see what’s happening in the industry.