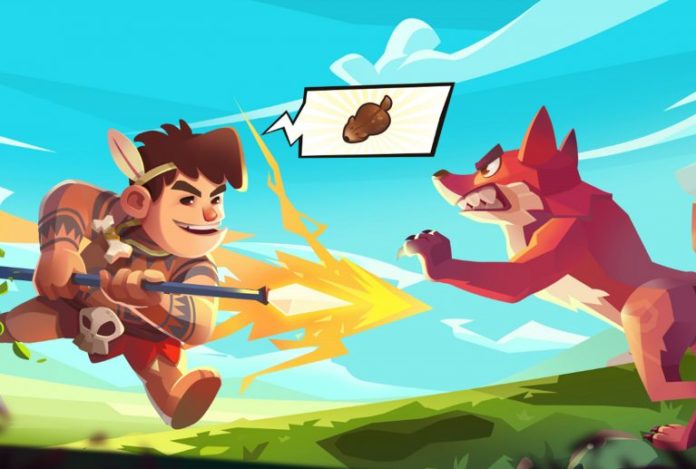 Development and infrastructure surrounding the Bitcoin Cash (BCH) network has grown over the last year and there are all types of platforms individuals can experiment with. On Wednesday, the BCH community was introduced to a new online game called Realmx that relies on the Bitcoin Cash network as the protocol’s backbone. The game is being developed by a team of programmers called Block Hop and it’s an open-world sandbox tournament that aims to “redefine the relationship between developers and gamers.” Realmx begins in a simulation starting out in the stone age with cave dwellers and once a specific amount of productivity is completed the game will progress to a new world.

“Realmx game, players will be able to create items, battle monsters, monetize their content, and finally lead main game development as the game progresses,” Block Hop’s announcement explains. “Instead of using a centralized server, Realmx distinguishes itself from other sandbox games by storing all in-game assets on the blockchain — This means all in-game assets are genuinely owned by players and can be freely traded in a P2P manner.”

The Realmx engineers say when the game launches there will be four different scenes and roughly 40 unique types of monsters. The stone age setting will start with players competing in basic adventures and battles until the game progresses. Block Hop’s documentation reveals players will need “proper equipment and skillsets” to defeat tough enemies and acquire bonus points. The developers want to reward Realmx patrons for creating rare items and weaponry that are unique to each player. “Therefore, in Realmx, every player has chances to create their own recipe for new equipment/weapons — They can decide the design, the ingredients, and the price. Whenever another play is charged to craft the item on the recipe, the owner will receive BCH income,” the Block Hop programmers note.

The creators highlight that the game is free to play but is far more robust when bitcoin cash transactions are applied to extensible in-game creations. For instance, crafting equipment and weapons is an available functionality within the game but there are two different methods of crafting: regular crafting and onchain crafting. Regular crafting allows players to craft items that are free but are for one-time use only. With onchain crafting, Realmx provides crafted items that are charged and can be permanently used throughout the game. Realmx also has alternate missions like “leisure farming” which basically allows players to farm for food and harvest it for reserves. “Farming in the game is quite simple — Sowing seeds in the ground and you can harvest them in a couple of hours. Also, you can breed animals to increase your production, which can be captured during your adventures,” the developers explain.

The Influx of Blockchain Gaming and In-Game Extensibility Continues

According to the website, Realmx started beta testing privately in February and the team hopes to create player development kits and keep improving the gaming experience by Q2-Q4 2019. By 2020, Block Hop aims to start focusing on basic technical support and having players lead main game development progress by Q1 2020. The website shows a video of gameplay and gift packs you can purchase at a later date. The section of the website where it says “Enter game” is out of focus and cannot be accessed right now. When the announcement was posted to the forum r/btc, BCH fans were curious to how the game works with onchain transactions. Unfortunately, there’s no Realmx source code or Github link available and the website does not detail technical information. The individual who posted the news on the forum told the community that the game will work on both desktop and mobile devices. The Realmx representative stressed the game is free to play and BCH deposits are not required. “The game will be released for downloading this month,” the representative highlighted.

Many BCH supporters have wanted a blockchain gaming concept built on top of the BCH chain and think that ideas like NFT1 SLP tokens could help bolster these kinds of games. Blockchain gaming and extensible item creation has been popular for quite some time and really started taking off after the launch of Spells of Genesis (SoG). The SoG game is a mobile tournament that uses blockchain-based trading cards and items to help players explore the online fantasy realm called Askian.

SoG offers true in-game asset ownership while cards and bitcrystals are issued using the Counterparty platform which is tethered to the BTC chain. In December 2018, news.Bitcoin.com reported on another game called Mafia Wars that also uses the Counterparty system. The game is also a collectible card-based tournament and provides online gamers with the ability to become crime bosses from one of five families from the early twenties.

Realmx creators are betting that the BCH-based game will bring a similar fascination toward a blockchain tournament filled with onchain extensible items. If the game grew in popularity, players could bolster the BCH chain with numerous onchain transactions during gameplay. Obviously, like all blockchain projects, games such as Realmx need to gather momentum by building a large group of registered users. This hasn’t been so easy as individuals still flock to centralized platforms and games that only reward the developers. Still, a well built online tournament that uses bitcoin cash as an incentive might entice people to try something different. They may also be tempted by the open gameplay and sandbox style that gives players more creativity toward the in-game development process. If enough people are persuaded by the benefits of games tethered to a distributed ledger, it’s possible that 5-10 years from now we all could be playing blockchain-based games.

Disclaimer: Readers should do their own due diligence before taking any actions related to the mentioned companies, software or any of the affiliates or services. Bitcoin.com or the author is not responsible, directly or indirectly, for any damage or loss caused or alleged to be caused by or in connection with the use of or reliance on any content, goods or services mentioned in this article. This editorial review is for informational purposes only.

Ready to put your luck to the test Satoshi-style? Our online Bitcoin casino lets you play an array of BTC games including BTC slots, BTC poker, and many more. Plus, all of our Bitcoin gambling games are provably fair!

Is Bitcoin Price Rally Running Out of Gas? May be

Mike McGlone believes Bitcoin’s current volatility is unsustainable and as it tapers off BTC price will enter an extended period...