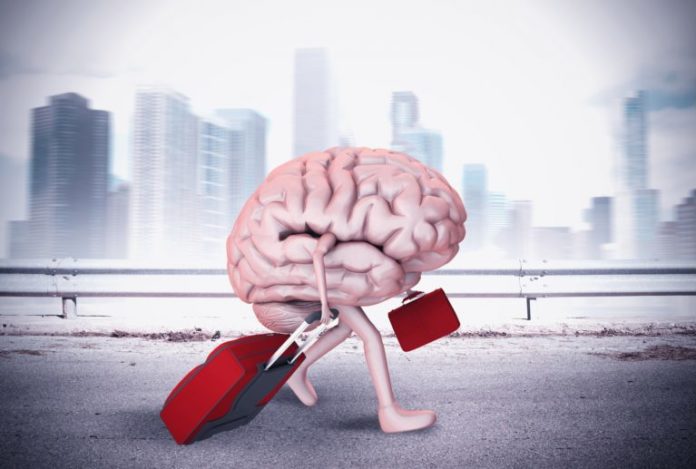 Cryptocurrency companies in the United States aren’t happy. Token issuers, exchanges, and VCs are up in arms about vague and contradictory guidance on crypto asset regulation. Should the U.S. fail to update its archaic securities laws, they warn, there is a risk of top talent making an exodus to friendlier crypto climes.

The US Risks Being Left Behind

America is known for its forward-thinking approach to tech. As a consequence, Silicon Valley startups have been allowed to flourish in a favorable regulatory climate. Because blockchain technology intersects with money, however, innovating in the U.S. hasn’t been so straightforward. A string of regulatory agencies including the SEC and CFTC take a strict view of such matters as unlicensed money transmission and unregistered securities trading. Cryptocurrency issuers, service providers and P2P traders risk falling afoul of confusing state and federal laws, which are often enforced without rhyme nor reason. Figuring out the stance of the SEC and its cohorts is a task that’s kept even the best crypto lawyers guessing.

In a blog post on May 23, Poloniex exchange owners Circle pleaded for U.S. regulators to show sanity. The company warned of conflicting SEC policy “chilling innovation in the U.S. and nudging crypto projects toward jurisdictions with greater regulatory clarity—neither of which is good for U.S. business.” They added:

We’re frustrated by the consequences of the current guidance, and we know those sentiments are shared by the crypto community as a whole … we need … thoughtful and effective policies in the U.S. that enable creativity from technologists the world over and are built for crypto assets released on public blockchains, rather than age-old laws written for securities offered by corporations.

If the penalty for breaching securities laws was only a slap on the wrist, businesses might be more inclined to move fast and break stuff, rather than tread carefully for fear of censure. Instead, cryptocurrency exchanges have been forced to err on the side of the caution, in the knowledge that the slightest slip could see them slapped with a punitive fine or barred from trading altogether.

While America Slumbers, Other Nations Seize the Day

Confusion over what constitutes a security and whether “sufficient decentralization” makes a project’s token a utility have kept U.S. crypto leaders scratching their heads. While exchanges such as Poloniex have delisted coins like DCR and REP, due to uncertainty over their legal status, other countries have capitalized on this policy void and embraced tokenization, within certain bounds.

Jose Maria Macedo is the Head of Advisory at Amazix and a member of the San Marino Scientific Council. There he serves as a token economics expert, helping the crypto-friendly microstate develop its blockchain policy. He told news.Bitcoin.com: “The SEC finds itself in a difficult position in regulating the crypto space. One the one hand, it’s obliged to stamp out the most flagrant securities violations that have been perpetrated by ICOs, while taking a lighter touch towards tokenized projects that are acting in good faith. Unfortunately, a lack of clarity in the U.S. as to what constitutes a security token has led to exchanges self-censoring, and removing crypto assets out of fear that they may fall foul of the SEC.” He added:

If the U.S. doesn’t update its archaic financial laws to reflect the growth and innovation within the cryptoconomy, we could see a ‘brain drain’ in which the smartest token economists and developers flee to territories that have embraced crypto assets and enacted clear guidelines that let companies know ‘We’re open for business’.

In its impassioned blog post, Circle cited the Token Taxonomy Act, a bipartisan bill seeking to exclude digital tokens from security laws. The definition of what constitutes a security, based on the 1946 Howey Test, and supplemented by unofficial comments by regulators over the years, are murky at best. In “A taxonomy of token models and valuation methodologies,” Jose Maria Macedo defines crypto capital as “A token whose ownership provides ongoing access to something of value,” of which security tokens form a subset. Crypto assets, on the other hand, are “tokens whose ownership doesn’t yield an ongoing stream of value.” This interpretation sounds simple enough, but until such reasoning is enshrined in law, U.S. crypto companies are obliged to tread carefully.

Crypto Leaders Take the Fight to the SEC

Fred Wilson, CEO of Union Square Ventures, weighed in on the regulatory debate Circle sparked, criticizing the SEC’s “damaging policy” that will drive liquidity and trading volume to Asia, where the remainder of the crypto sector will follow. “In 5-10 years when we look back and consider why the next big tech sector centered itself in Asia and not in the US, it will be the SEC’s unwillingness to create new rules to regulate new assets that will be the cause,” he concluded. On May 28, Kin founder Ted Livingstone went a step further, launching Defendcrypto.org whose mission statement reads: “The SEC has been shaping the future of crypto behind the scenes with settlements that set a dangerous precedent and stifle innovation. Kin is unwilling to let that happen and is setting aside $5MM with Coinbase to take them on in court. But with the future of crypto on the line, $5MM might not be enough. That’s why we’re calling on others to contribute to the Defend Crypto fund.”

In a follow-up blog post, Fred Wilson chipped in:

It is my hope, and Kin’s hope, that DefendCrypto.org will be an inspiration for the many other important crypto projects that are silently battling with the SEC to come public and raise capital from the crypto sector for their fights. The SEC is regulating by enforcement, not new rulemaking, and worse, they have taken a divide and conquer strategy. It is time for the crypto industry to come together and fight back.

Kin is unlikely to gain much public support in taking their fight to the SEC. This is a company, after all, which raised $100M via an ICO not so long ago. Nevertheless, there is a growing consensus that when it comes to crypto asset regulation, something has got to give. Otherwise, the U.S. risks falling behind to nations that aren’t afraid to embrace digital currencies. Drawing level with them again could take years.

Do you think lack of clarity from the SEC is damaging crypto companies in the US? Let us know in the comments section below.

This Gallery Is Selling Indigenous Australian Art for Bitcoin

Things you can buy with bitcoin: AT&T’s services, airfare, pretty much anything using gift cards through Bitrefill, pizza, drugs (duh)...