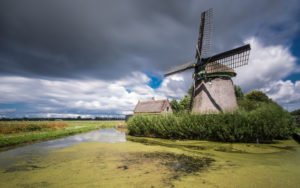 The number of merchants accepting Bitcoin is growing worldwide, but there’s a caveat. The majority of the Bitcoin users don’t want to spend the digital gold, at least not yet.

At 14,518 as of April 2019, the number of merchants accepting BTC payments is on the rise, with a large concentration in Europe and the U.S. Bitcoin ATMs doubled in 2018 as well to well over 4,000. These have to be good indicators for mass adoption.

Although, as it stands right now, there are few people who are interested in buying bitcoins with a 8 percent markup at a Bitcoin ATM, only to then spend it on a sandwich.

While the above heatmap is, at first glance, encouraging, just because merchants accept Bitcoin doesn’t mean people want to pay with it.

While Bitcoin has found a very strong use case in countries with hyperinflation like Venezuela, HODLers in the West appear to be strictly using it for speculating and as a store of value.

OK, so they may buy into the novelty of the ‘Bitcoin City’, but the sweeping majority simply isn’t going to buy a slice of pizza with bitcoin that could end up being the most expensive meal they’ll ever buy.

Crypto-Backed Loans Are a Case in Point

The fact that crypto billionaire Brock Pierce bought a $1.2 million mansion in Amsterdam with a Bitcoin-backed mortgage speaks volumes.

A billionaire could easily spend a measly million dollars on a home. But this is one Bitcoin entreprenuer who doesn’t want to sell his assets. And if he’s not using one single satoshi to buy a home, he certainly won’t use them to buy a coffee.

Arnhem in the Netherlands is self-proclaimed as the world’s most Bitcoin-friendly city with the goal:

To demonstrate there is an alternative for the current financial system by creating a bitcoin economy.

From liquor stores to clothing shops, hotels and restaurants, there are some 114 merchants in Arnhem that accept Bitcoin payments. Pretty cool.

In fact, you can stay in the city nestled in the Netherlands and pay entirely with bitcoin if you feel so inclined. You might wish you hadn’t though.

Since launching in 2014 to much hype, the number of people spending bitcoin over the years has actually declined in recent years as price skyrockets from a few hundred dollars into the thousands.

Since the start of 2019, there have been less than 50 transactions in total. 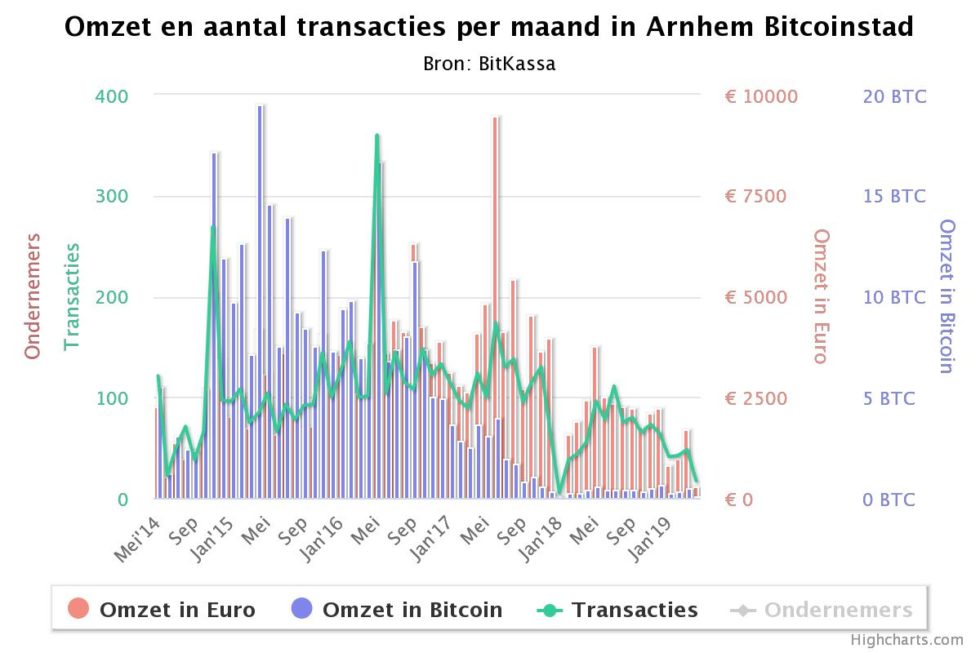 Bitcoinist spoke to one person who preferred to remain anonymous about his experience there. He said:

It isn’t only Arhmen, either. The same source also visited the cosmopolitan capital of Amersterdam on more than one occasion. The first time he went, he got a bike rental shop to accept bitcoin payments by referring the business to a local project there called Bitstraat. It’s now defunct.

When he returned two years later, he asked the cashier how BTC payments were going.

He says she dusted off the BTC terminal and replied:

No one really paid with BTC, maybe one or two people… I wish I had bought some, though, before the price shot up.

While Bitcoinist is encouraged to see the infrastructure increasing around the world, the reality is that most of the community see Bitcoin as digital gold. And you don’t see people making fast food purchases with jewelry–least of all in developed countries like the Netherlands.

Their card system works perfectly. Database-powered payments are cheap and instant. They don’t have hyperinflation or suffer from the whims of unpredictable despots. Bitcoiners in the west are HODLing Brock Pierce style, and that’s OK.

BTC is not proving to be a preferred payment method in developed countries but the merchant count is growing. It’s easy to accept and costs them nothing to do… And it’s nice to have the option just in case.

Do you agree that Bitcoin is serving more as a SoV in developed world? Share your thoughts below!

Volume has been ramping up across the cryptocurrency markets, with April seeing a new all-time high posted for daily global...