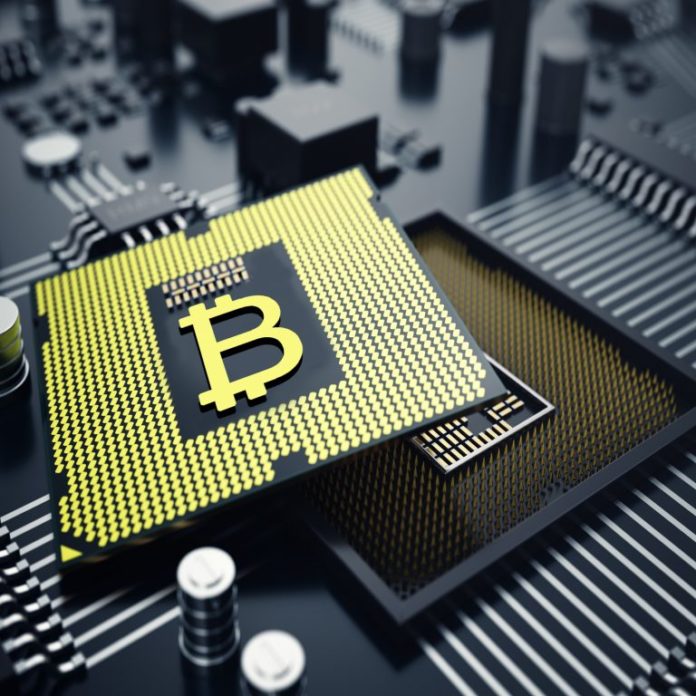 The China-based Ebang Communication, one of the largest ASIC mining chip makers in the region has announced a new series of mining rigs this week at the World Digital Mining Summit in Tbilisi, Georgia. Ebang has revealed three new bitcoin mining rigs for its Ebit Miner E-11 series that claims to boast hashrate speeds between 30-44 trillion hashes per second (TH/s).

Bitcoin miners will have a lot of mining rigs to choose from, as it seems a wide variety of new machines will be entering the market shortly. This week the firm Ebang Communication has announced it will soon be launching three new ASIC mining devices for SHA-256 compatible coins. The firm’s next generation Ebit E-11 series models will utilize 10nm semiconductor technology with efficiencies up to 44J/TH. According to Ebang’s website, the E-11 series miners sales will be “forthcoming.”

The three models were highlighted on the company’s advertisement display published on the Chinese forum and messaging service Wechat. According to the ad, the new Ebit miners will be the E11 (30TH/s), E11+ (37TH/s), and the more powerful E11++ (44TH/s). The news follows Bitmain Technologies announcement at the mining event in Tbilisi, when the company’s CEO told the crowd about the firm’s next-generation ASIC BM1391 7nm Finfet chip design. If Ebang’s claims are true, the E11++ may outperform Bitmain’s new Antminers but only by 2J/TH. Further, if the machines eventually launch publicly, the Ebang Ebit E11 and the new Bitmain Antminer BM1391 will be the most powerful bitcoin mining devices on the planet.

Next Generation Miners: With Specs Like These a Lot More Hashrate Is Coming Soon

Of course, depending on the pricing of all the mining units being manufactured this year, these two will also battle a lower tier of models that still outperform most of today’s machines with speeds up to 33TH/s. For instance, GMOs B3 (33TH/s), Whatsminer M10 (33TH/s), Canaan’s Avalon 9 (30TH/s), and Innosilicon’s T2-Turbo (24TH/s). Most all of these models, including the new Bitmain Antminer and Ebang’s E11++, will be using semiconductors between 10-7nm. All of them use next-generation chips except for the Bitewei Whatsminer M10, as the Shenzhen-based mining chip manufacturer claims the machines still use 16nm architecture.

The general public has yet to see most of these models in real life, but some of the mining rig manufacturers claim to be shipping soon. Some of the models also detail a price but with some of the other announcements no one knows the costs per machine yet or release dates. So until Ebang and Bitmain release these machines the second tier units sold by GMO, Innosilicon, and others will likely gain some lead time. Moreover, the SHA-256 difficulty at the time and price per mining rig and electric costs will come into play when these other machines eventually launch.

Additionally, if all the terahash output variances between all these machines are so different for older generation semiconductor technology like 16-14nm (Bitfury has also just announced its own 14nm ASIC chip), and next-generation 10-7nm chips — One can definitely assume even better machines with even more powerful hashrate outputs can be manufactured.

IBM and members of the U.S. Congressional Blockchain Caucus discussed the use of blockchain for ID systems, payments, and supply...