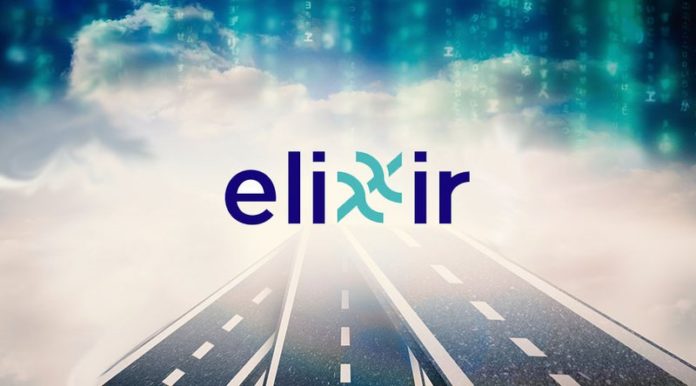 Over 30 years after creating eCash, a predecessor of bitcoin and other cryptocurrencies which spawned the Cypherpunk movement of the 1980s, Dr. David Chaum is back in the public eye with a claim of having invented “the world’s fastest cryptocurrency.”

Chaum is widely regarded as the forefather of cryptocurrencies and the wider world of cryptographic security and online privacy because of his pioneering security research work in the ’80s. His academic paper, “Blind Signatures for Untraceable Payments,” laid the groundwork for modern cryptography used in securing blockchains and cryptocurrencies. The “private key” and “public key” framework he laid out decades ago is still the basis for how cryptocurrencies are kept secured in wallets.

Now he claims to have invented the first blockchain in the world with the capacity to handle all the needs of consumer-scale messaging and payments. The new platform, dubbed “Elixxir,” is reportedly able to process hundreds of thousands of confidential, quantum-resistant transactions every second.

According to Chaum, the Elixxir blockchain offers faster and cheaper messaging and payment solutions than all other existing blockchains, with the ability to scale to levels current blockchains cannot dream of. While Elixxir claims to be able to handle hundreds of thousands of concurrent transactions every second with no problem, Ethereum, by comparison, is only capable of handling about 15 transactions per second.

In correspondence with Bitcoin Magazine, Chaum said the response to Elixxir has been overwhelming.

Building on the background of eCash alongside more recent cryptographic innovations, Chaum claims that Elixxir will give users the benefit of speed and scalability on the level of non-blockchain platforms like PayPal or Visa — something which, if it can deliver, promises to be a game changer for the crypto industry regarding mass adoption.

According to Chaum, Elixxir succeeds at two majors things that other blockchains generally fail at. The first is that it has changed the makeup of the digital signatures used to verify ownership of cryptocurrency tokens. In his view, modern digital signatures are too much of a computational hassle, which in turn prevents blockchain platforms from scaling or achieving anything approaching the speed of non-blockchain networks. Elixxir will use one digital signature per block for each node contributing to that block.

“There’s no way we can get speed and scalability if for every transaction a server has to do a public key operation like making a signature or checking a signature. We can cheat a little bit,” Chaum remarked at the recently concluded Consensus event in Singapore.

Elixxir effectively “cheats” by carrying out public key operations “in advance,” a framework that Chaum claims has not been attempted before, and which delivers speeds that are up to 1,000 times faster than any other blockchain in existence. This, Chaum says, is a breakthrough.

When asked if his blockchain can rival some popular networks such as Lightning, Chaum said, “Elixxir can take blockchain to a new level.

“A consumer messaging and payment app with performance, privacy and capacity that consumers are used to with today’s centralized systems. But at the same time, it can be resistant to attack even at the national adversary level.”

In addition to speed, Elixxir’s cryptography “cheating” effectively future proofs the network against the specter of quantum computer attacks at a time when there is a substantial amount of debate over whether quantum computing poses a threat to blockchains.

For now, the project remains focused on transactions and is still not ready to hit the market anytime soon. Nevertheless, Chaum believes that Elixxir could eventually grow into much more than just a cryptocurrency by becoming a fixture in online security frameworks.

The cryptocurrency markets have produced a significant rally today – with just three of the top fifty crypto markets by...