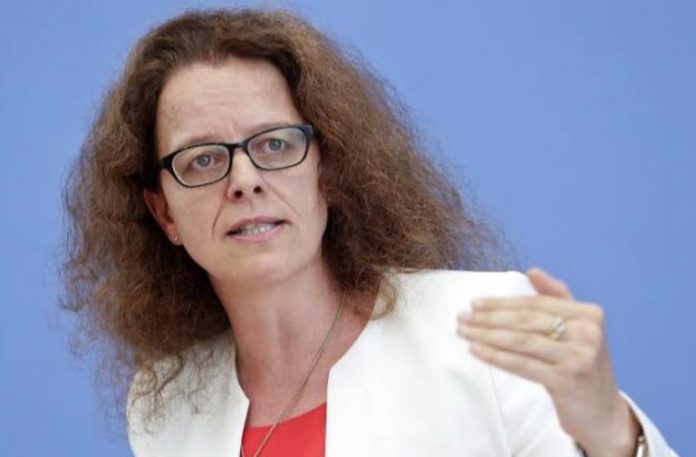 European Central Bank (ECB) executive board nominee and member of the German Council of Economic Experts, Isabel Schnabel, recently remarked at a European Parliament hearing that “This scapegoating [of the ECB] is extremely dangerous: it may damage the trust in the euro.” Schnabel was speaking out in defense of negative deposit rates being employed as a result of ECB policy. The German economist also remarked that “we cannot expect that the general population understands what the ECB is doing.”

Also Read: ECB President: ’We Should Be Happier to Have a Job Than to Have Our Savings Protected’

While some may indeed be unaware of the difference between nominal and real interest rates, the fact that Isabel Schnabel defends unorthodox monetary policy like NIRP by insulting the average European’s intelligence is a little more than troubling. She remarks: “In Germany, and I guess also in other countries, there’s now this debate about deposit rates turning negative. Nominal rates turning negative.” Schnabel goes on:

As economists we know that what really matters are the real rates. But I would say, I don’t know, 90% of the population are probably not aware that there is such a distinction. And therefore we also need an effort to improve financial literacy.

Even using real rates (rates that account for the projected effects of inflation) endless borrowing and debt creation — and the implementation of lower and lower nominal rates — still signal the same reality. An economy being backed against a wall. The ECB’s current record low deposit interest rate of -0.5% is affecting savers and lending institutions throughout Europe. More Out of Touch Admonitions from ECB Officials

Newly installed ECB president Christine Lagarde also echoed this reality in October when she chided in similar condescending fashion that “We should be happier to have a job than to have our savings protected.” Lagarde also attempted to guilt the Dutch and German governments for holding on to their surpluses. While easy for a well-to-do lawyer like herself to proclaim, those Europeans struggling just to make ends meet and put away a little money for the future might not feel the same. Schnabel augments this aloof, disconnected narrative claiming:

The discussion in Germany is worrying me a lot because it has become quite aggressive … The narrative that the ECB is expropriating the German saver is clearly wrong.

This is interesting, as the expropriation would be rather simple to illustrate, as is the steady devaluation of the euro worrying savers. Aggressive attitudes may seem understandable where rhetoric about attractive employment rates, progressive NIRP policy, and the effectiveness of the ECB often fall on the jaded ears of those working multiple part time jobs to barely keep their heads above water, if at all.

In the view of expert economist Schnabel, the whole resistance to negative rates simply stems from a lack of financial literacy. “Therefore if I am confirmed, I would really make this [education] one of my clear priorities,” she remarked at the hearing. If confirmed, Schnabel would replace Sabine Lautenschlaeger on the executive board. Lautenschlaeger, who opposed continued stimulus, resigned in September. A segment of this financially illiterate “90% of the population” not entirely convinced by Schnabel’s arguments, are looking to cryptocurrencies as a means to hedge against potential economic disaster and the fickle whims of ECB policy. Instead of simply taking Isabel Schnabel’s word, some Germans are holding crypto, and trade on non-KYC/AML peer-to-peer platforms like local.bitcoin.com. Also noteworthy is the recent passing of a bill which will allow the country’s banks to deal in crypto starting in 2020. While negative rates could then easily be passed on to holders of bitcoin with established banks, the currency nonetheless is limited in supply (unlike the euro), and can ultimately be withdrawn and used autonomously by the holder, regardless.

What do you think of Schnable’s remarks? Let us know in the comments section below.