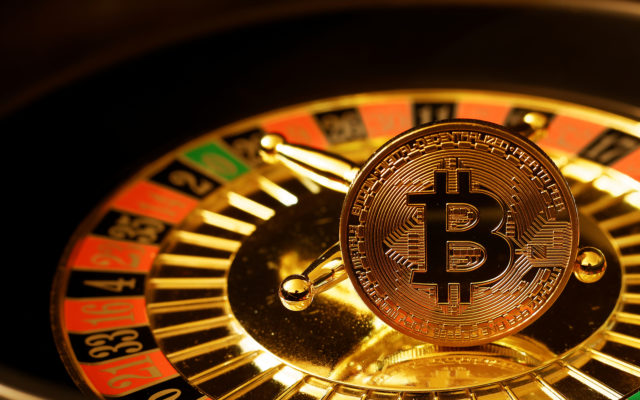 Bitcoin has been tightly correlated with the stock market since the start of 2020. If a warning from a global economist comes true, and the correlation between crypto and stocks remains, a second-leg down could be imminent.
Economist Warns Of Second-Leg Down In Stocks, As Much As A 40% Drop
The current economic contraction is the worst in years. The jobless claims have already surpassed that of the Great Recession. And the Fed has already printed far more money this time around in an effort to keep a larger crash at bay.
Thus far, attempts to stimulus recovery in the economy have worked well. The trillions in stimulus money have helped the stock market form a sharp, V-shaped recovery. Most major stock indices are trading near all-time highs. Single tech stocks set new records this week.
Surprisingly, the stock market appears to have easily shaken off any impact stemming from the pandemic.
But what happens then if the rug is soon pulled, and a 1929-esque “second leg down” happens and puts an end to the recovery. Not only could any recovered losses be erased, but a deeper, more devastating drop could also be next.
RELATED READING | BLOOMBERG RESEARCHERS BULLISH ON BITCOIN, DEMAND POINTS TO $12,000
That’s what A. Gary Shilling warns could be coming, in a recent interview with CNBC.
“Stocks are [behaving] very much like that rebound in 1929 where there is absolute conviction that the virus will be under control and that massive monetary and fiscal stimuli will reinvigorate the economy,” he fears.
In 1929, an initial, V-shaped recovery was short-lived and led to a second leg down eventually.

S&P 500 1929 Monthly Line Chart | Source: TradingView
Shilling says that the pandemic is the “most disruptive financial and social event since World War II” and will have similar, long-lasting effects.
If that’s the case, the market isn’t currently reflecting in sentiment. Some analysts are expecting a new bull market and new highs. Which could make another drop all the more devastating if it takes the world by surprise as Black Thursday did last March.
How Could Bitcoin Respond To A Repeat Of The 1929 S&P 500 Collapse?
Looking back at the second-leg down Shilling warns about, a similar V-shaped recovery formed on the S&P 500. This gave investors hope that the carnage was over, but it had truly only just begun.
Shilling warns of another potential 40% collapse in the stock market. If this happens, it could take the S&P 500 down to around the 2,000 level.

S&P 500 2020 Monthly Line Chart | Source: TradingView
The continued correlation between the stock market and Bitcoin could be disastrous for the cryptocurrency struggling to break out into a bull market.
If the asset experienced a second-leg down lower than Black Thursday’s low of $3,800, it could lead to a greater bear market lower low. Lower than the Black Thursday bottom at $3,800 would make Bitcoin’s 2018 base a logical target.

Bitcoin BTCUSD 2020 Weekly Line Chart | Source: TradingView
Losing that level could cause extreme panic in the crypto market. However, Bitcoin is at an impasse and could be ready to embark on a new bull market.
RELATED READING | GOLD CHART SHOWS WHY BITCOIN IS THE FASTEST HORSE IN RACE AGAINST INFLATION
Although the asset has been following the stock market, it shares more attributes with gold, which is experiencing a strong uptrend currently.
If Bitcoin can breakout from downtrend resistance and break free from the dangerous stock market correlation, any second leg down in stocks could send BTC skyrocketing instead.
Featured image from Shutterstock.
Charts from TradingView.