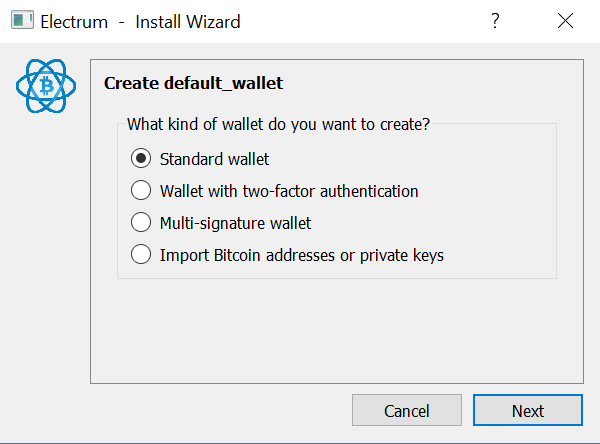 Electrum is one of the founding fathers of cryptocurrency software wallets.  Launched on November 5, 2011, the wallet is a lightweight Bitcoin client, which is to say that it interfaces with Bitcoin’s network without its users having to download the blockchain by running a full node. This Electrum wallet review will walk you through everything you need to know about the Bitcoin client.

From its inception, Electrum was built exclusively for Bitcoin.  A different time and a different market, it was created when Bitcoin had few serious competitors and Ethereum creator Vitalik Buterin was still in high school.

Thankfully, though, the client’s technology is completely open source, so with the help of a community of active developers, clones have surfaced for the likes of Litecoin, Bitcoin Cash, Dash, Verge, Monacoin, Vertcoin, and other currencies.

As its open sourced evolution suggests, Electrum keeps with Bitcoin’s decentralized roots.  This has made it a favorite software wallet for early adopters and series enthusiasts, as it features the following attractive traits:

Electrum offers excellent installation flexibility. If you’re tech illiterate like myself, there’s an easy installation feature, or if you’re tech savvy and plan to develop on Electrum–then well, you probably don’t need this guide to begin with, but there’s a Python source installation for people like you, as well.

The installation is about as easy as they come. When creating a new wallet, the installation wizard will ask you if you want to make a standard wallet, a two factor authentication wallet, a multi-signature wallet, or import an existing wallet. We highly recommend that you consider the two factor or multi-sig option, as it insulates your funds from hacking attempts even further.

No matter which option you choose, though, you’ll come to a window asking about seed phrases (if you do the standard setup, this window is the very next one, but if you choose the two factor or multi-sig setups, you have a few steps before you get to it). This window will ask you if you want to restore a wallet using an existing seed or create a new one with a seed, a master key, or a hardware wallet. For simplicity’s sake, we’re going with create a new seed for this review. After choosing this, it’ll ask you whether you want to use a standard or segwit wallet address–choice is yours–then, a recovery seed will show up. The next window asks you to reproduce this recovery seed, but make sure you write it down as it the only thing that will save your precious Bitcoin from the blockchain’s encrypted labyrinth of hash functions if you lose/delete your  wallet’s software client. Everyone shudders at those horror stories of unawares Bitcoin users losing thousands to careless errors, and wouldn’t it be a shame if little Timmy’s college fund was irretrievably lost in cyber space because you didn’t save your wallet’s seed phrase?

Anyway, after you reproduce the seed, you’ll then be asked to give your wallet a password.  Again, make it a good one and don’t treat this step lightly–do it for Timmy. After setting your password, you’re all set. The first thing you’ll likely notice about the Electrum wallet is that it’s pretty minimalistic. No bells and whistles or a flashy UX like Exodus, for instance. Still, what it lacks in flair, Electrum makes up for with good ole roll-up-your-sleeves-and-get-to-work functionality. It includes an invoicing function, a contacts list, encrypted messaging, and transaction history along with your typical wallet features.  Overall, it has a smooth layout navigable, it’s fast, and it’s easy to use, so if this is your first foray into Bitcoin, it’s a simple place to start.

As we went over in Electrum’s key features, the wallet is replete with some staunch security features. With options to create a two factor authentication or multi-sig address, users can give their wallet an added layer of protection from hackers. These are extra precautions that exist to complement Electrum’s overall decentralized approach to functionality; ultimately, two factor and multi-sig wallet options and the fact that private keys are kept on local devices means that users are truly in control of their funds from the get-go, and all of these features facilitate an overall airtight security system.

With one recently patched exception, that is. I won’t go into too much detail as it’s been explored in detail elsewhere, but basically, Electrum used to have a vulnerability that would allow hackers to steal funds through infected websites. Essentially, if you logged into your Electrum wallet while an internet browser was on a website controlled by hackers, you could have your wallet drained of its coins.

To date, this is the only security vulnerability Electrum has faced, and for what it’s worth, the team has patched it with an updated version.  If you use Electrum, make sure you update your software, as it doesn’t support automatic updates.

Even with the recent hiccup in security, the cryptocurrency community in general holds the Electrum wallet in high regard. It’s one of the oldest and most well known, and this reputation has made it a favorite among veteran enthusiasts, especially those who are more technologically inclined. A number of cryptocurrency information websites consider it to be one of the best options for software wallets, as well.

Overall, Electrum seems to have secured the community’s trust even in the face of its failures. This is largely thanks to the team’s commitment to improvement, especially when security and user control are concerned.

All of this to say, if you have a question, chance are that the Electrum team has it answered for you.

The Electrum wallet is one of the most developed software clients out there. With nearly 9,000 commits on Github, an expansive developer community, and third party plug in support, it’s a sandbox for add-ons and development. Its open source flexibility and developer following have given way to off-shoot clients for popular altcoins.

All in all, Electrum’s esteem in the space as one of the oldest wallet clients, its security features, and its developer’s commitment to building on and improving the software make it a win in our book.  It may not be the prettiest wallet, but you’d be hard pressed to find one that gets the job more efficiently and with its user in mind than Electrum

Qtum has finally announced the date of the long-awaited project, known as Qtum X86 Virtual Machine. QTUM is considered to...