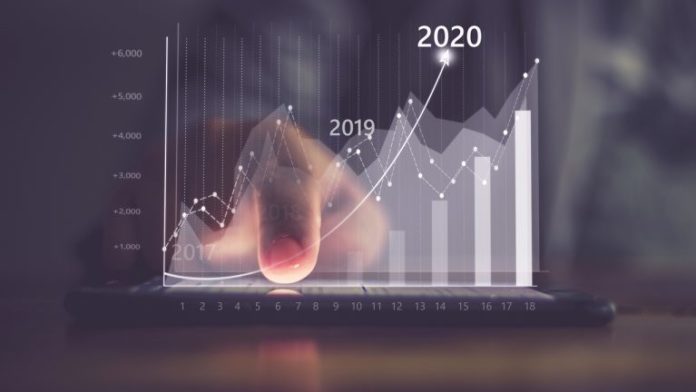 Peer-to-peer (P2P) crypto exchange Paxful reported Tuesday that its bitcoin trading volumes climbed 35% to $1.1 billion during the first six months of 2020 compared to $817 million a year ago.

More than $182 million worth of bitcoin (BTC), on average, was traded on the platform every month between January and June this year, it said. Nigeria, U.S.,Ghana, India, and Kenya led the growth, with emerging markets rising fastest.

To date, Paxful has accumulated 4.5 million users and reached a total $4.6 billion trading volume for BTC since it started operations in 2015. The average amount per trade is currently fluctuating at $102 – more than twice the average five years ago, which was $45.

According to a statement shared with news.Bitcoin.com, Paxful chief executive officer Ray Youssef said the P2P marketplace added, on average, one million users per year over the last four and half years, with 2020 on track for an additional two million sign-ups.

Some 1.1 million new users joined the platform between January and June, compared to 480,000 that registered over the same period in 2019. Youssef attributed the growth in user numbers “to high inflation rates, weak national currencies, inadequate financial infrastructures, and growing economic uncertainty.”

“We built Paxful to help the little guy and create wealth for those who need it most,” said the CEO. “There are people who live with restrictions and limitations we cannot imagine. For true financial inclusion to happen, it requires a free market for money transfers,” he added.

Peer-to-peer exchanges have sometimes been associated with fraudulent activity. Paxful said it has reduced dispute levels to under 1%. The dispute rate for all the countries with a minimum of 1,000 trades averaged 0.025 in 2019 “and it took 56 trades before encountering a dispute,” it said.

What do you think about Paxful’s trading figures? Let us know in the comments section below.

The Bayesian Group is a global digital asset fintech initiative consisting of a collection of strategically aligned businesses with the...