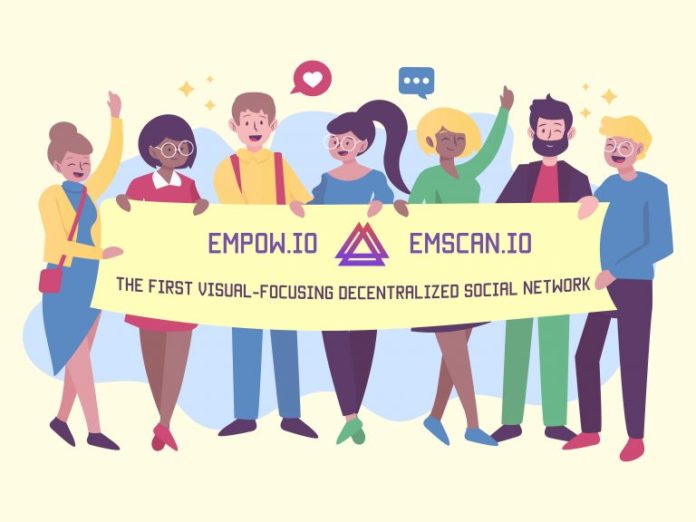 Since Blockchain became well-known to the public back in the bull-run in 2017, many developer teams have started to develop blockchain-based products and applications that can be used not only by crypto users, as before 2017, but also by mass users. From that point on, the question asked frequently in the blockchain developer community is: which product models are fit to be decentralized so that decentralization can help to solve mass users’ current problems?

The outbreak of the Facebook-Cambridge Analytica scandal in 2018 can be the answer to this question. The scandal led to the wide wake of user-data privacy concerns. When users are aware that their personal data can be harvested without permission on social network giants like Facebook or Twitter, it’s time decentralized social networks started to become one of the most in-high-need blockchain-based products.

The shift to visual & interactive contents for decentralized social networks

Now, let’s take a look back at the history of social network platforms. We started to socialize on the Internet space when using blogging platforms or messaging apps. To connect with friends online, Facebook or Twitter are popularly used to find out what our friends are doing or thinking.

However, we didn’t stop there. Humans are attracted by visual elements, especially beauty. Eye-catching images always captivate us and deliver messages better than a thousand words. Moreover, users fall in love more with visual content as it enhances interactions and imagination. The rise of visual & interactive content is the reason why visual-focused platforms like 9GAG or Tiktok have emerged and taken over the social network landscape. Thus, there was a shift from text to visuals on text-content-based social networks, proven by a plethora of images, videos, and GIFs flooding all over the feed of old-time players like Facebook or Twitter.

In the blockchain world, Steemit was the pioneer that applied the decentralized concept to the social network model. However, the contents on Steemit are divided into posts and each post is like an article formed by texts and images. The whole UI of the platform makes Steemit look like an online newspaper. On the other hand, DLive or Antube are purely video-based platforms.

So, it can be said that there is no decentralized social network currently laser-focusing on all types of visual & interactive images, videos, and GIFs, the types of contents that are expected to become very popular in the next few years. Empow hopes to fill in the missing piece here with the 100% focus on eye-catching & interaction-triggering contents.

What is the Empow social network?

Empow is a blockchain-based social platform focusing on all types of visual & interactive images, videos, and GIFs. The Empow website and Empow app are attractive places for content creators in the new generation. With Empow, anyone can create their own page, post images, videos, or GIFs in their style, and react to others’ content.

Most importantly, content creators won’t ever have to contribute to the Empow platform for free. The EM tokens flowing all over the corners of Empow social network fuel and help the network to operate smoothly. Every content that creators make on Empow platform will always be rewarded with the EM tokens. By increasing the total balance of EM, users will have more bandwidth for doing more actions on Empow, for example, running ads on the Empow platform, or simply selling EM tokens on exchanges to get profit. It’s such a motivating mechanism that facilitates a fairer social platform and encourages the content creators community to contribute to Empow.

You can enjoy the playground full of trending visuals & interactive images, videos, and GIFs

Your user database is not owned by any third party but you. You have full ownership of your database and no individual or organization can violate your rights.

Unlike centralized social networks where you don’t get anything from what you contribute, Empow grants you rewards when contributing to the platform. The rewards you receive are not just some kind of money but the right to control the Empow platform (the right to run ads on Empow for example). So, it is clear that Empow is created for users and by users.

Empow learns the way to build a successful decentralized social network from Steemit. Back in the time when Steemit was launched, the team also launched the Steem blockchain. Although the Steem ecosystem has many members now, the blockchain was created first and foremost to serve the operation of the Steemit social network.

The Empow team didn’t choose current blockchains as the infrastructure technology. They have successfully built the new public blockchain named Empow, tailor-made merely for Empow social network (You can check out the explorer site of Empow blockchain here) The Empow blockchain implements the scalable Proof of Believability consensus mechanism. With the most innovative consensus at the moment, the Empow blockchain is truly a high-throughput, high-performance, and low latency decentralized network. Benefiting from that, the Empow social network, without the low-speed and the high-latency, can support millions of actions from users at a time, comparable to giants like Facebook, Youtube or Twitter.

Along with that, Empow blockchain stores all users’ data on the distributed ledger. It is a way to help store users’ data on Empow platform sustainably with safety, no matter how much the user base of Empow grows.

The Empow social network connects directly to the Empow blockchain, so every Empow blockchain ID can become an ID on Empow platform and start to post content & earn money right from their Empow wallet address. No registration process or KYC submitting needed, which helps the database of Empow users to be protected at the highest level. Also, thanks to the instant connection between the 2 types of ID, new users don’t need to pay any extra fee to activate their Empow social network accounts.

Being the new player in the market, Empow is the very first visual & interactive-content-focused decentralized social network in the Blockchain space. Taking a different approach compared to other competitors, Empow focuses only on visual & interactive content. Users of the Empow social network can become creative content creators and earn money for their contribution as EM tokens.

In the infrastructure technology, to guarantee the most effective operation for the Empow social network, the team has built successfully the Empow blockchain with the scalable Proof of Believability consensus mechanism and a system for storing platform databases like images or videos. With this design, the Empow blockchain is an ultra-fast & very efficient decentralized network, helping the Empow social network to be able to serve millions of users without the low-speed or latency.

Here is where you can find out more information about Empow:

Bitcoin Press Release: BOSAGORA, a next generation smart-contracting blockchain which showed impressive results in 2019, has now listed on the...