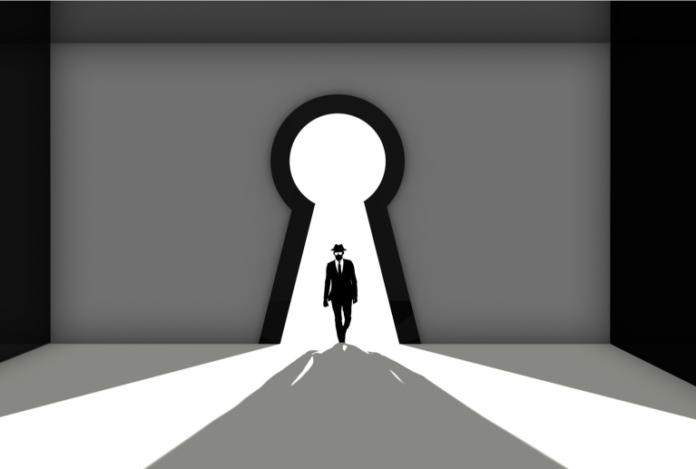 Governments around the world have been trying for some time to bypass encryption and backdoor messaging apps. End-to-end encryption was preventing authorities from stopping terrorist attacks, we were told, and personal privacy had to be sacrificed for the greater good. Now, as the coronavirus spreads through the world, the powers-that-be claim public health is being jeopardized by the oversharing of false or misleading information pertaining to the pandemic. The encryption battle is warming up.

In the age of social media, misinformation travels fast. Enough has been written about the “fake news” that spread like wildfire during the 2016 Brexit and U.S. Presidential elections, but suffice to say misinformation is once again at the forefront of debate four years on. This time Whatsapp – rather than Facebook and Twitter – is in the cross-hairs of legislators due to the rampant sharing of inaccurate coronavirus information on the platform.

As governments and medical bodies scramble to educate the public on the dangers of coronavirus, Whatsappers have apparently been busy sharing medical misinformation and fake cures, leading to calls from politicians to stop trading unverified info on the encrypted platform. Legislators, of course, want to go one step further than making impassioned pleas to share only sound advice: they want to prohibit encryption without a mandatory backdoor for state access and strip away Section 230 protections.

Notice how much people are pushing proposals that depend on indefinite mass surveillance. This stuff is a wet dream for people who dream of a scary excuse to know the movements of every citizen, all the time. https://t.co/kM9JaJE8W8

As Marty’s Bent newsletter lamented on March 20, “Crises are seen as opportunities by sociopaths who want to tighten the grip of their control over you. When the masses are sufficiently scared and fear is palpable in the air the kleptocrats look to pounce,” adding:

In the face of the spread of COVID-19, you better believe the incompetent kleptocrats are licking their lips in anticipation of the Stay Healthy Act they are inevitably going to draft and attempt to force down our throats. They will use “public health and safety” as emotional Trojan Horses to lower your guard and leverage your fear to accept draconian measures that erode your civil liberties.

Because Whatsapp messages are encrypted in a way that allows them to be viewed only by sender and recipient, it is argued that such measures would halt the spread of dangerous medical misinformation. Of course, this overlooks the fact that authorities have been seeking to get around encryption protocols for years now. The covid-19 panic is merely the perfect trojan horse to push through a troubling bill that effectively bans end-to-end encryption and facilitates the scanning of internet communication en masse. In response to criticism, Whatsapp says users can forward viral messages to special fact-checking accounts – but they are hardly likely to abandon encryption and jeopardize users’ security, and the same is true for pro-encryption tech giants like Apple and Facebook. Last month, Facebook spokesman Thomas Richards told the Washington Post the company was committed to encryption that “protects everyone’s safety from hackers and criminals.”

Ultimately, people should be able to parse legitimate and illegitimate information of their own accord; verifying the validity of any piece of information is but a click away. As one Twitter user said in response to Irish Prime Minister Leo Varadkar’s plea for accurate information-sharing, “In a democratic country people are entitled to act in their own best interests, do their own research and question the wisdom of those in authority. This isn’t North Korea.”

These days of uncertainty and chaos, your government will use the opportunity to increase its power. The excuse will be your own protection and they will put in place measures that in any other situation it would be unthinkable. Expect mass surveillance.https://t.co/inDOthfOon

EARN IT Bill Presents a Flagrant Threat to Privacy and Security

The Eliminating Abusive and Rampant Neglect of Interactive Technologies (EARN IT) bill currently progressing through Congress had its first hearing on March 11, and is widely viewed as the biggest threat towards end-to-end encryption. If passed, the act would make encryption providers responsible for “dangerous” or “illegal” user-uploaded content, and grant governments access to encrypted user data. It also places the responsibility for determining “best practices” in the hands of a small, 19-member committee with implicit bias: the committee head is Attorney General William Barr, who has fought tooth and nail to undermine encryption for years.

Before covid-19 supplied a convenient pretext, the bipartisan bill’s advocates claimed it would help to tackle child sexual exploitation. On March 5, Oregon Senator Ron Wyden called the proposal “a transparent and deeply cynical effort by a few well-connected corporations and the Trump administration to use child sexual abuse to their political advantage, the impact to free speech and the security and privacy of every single American be damned.”

It is not just diehard security advocates and activists who should be worried about the potential impact of this draconian act: it’s everyone who values personal liberty, privacy and free speech. If you are uncomfortable with the dystopian vision of governments reviewing all your digital messages and listening to your calls, you should oppose it vigorously. You can sign a petition to reject the Act here.

I know covid and corn kinda dominate the news cycle here, but they are trying to gut encryption in USA. If you live here write your rep, it takes less than 5 minutes https://t.co/HMIbT01jJu

In many ways, EARN IT seeks to replicate the Patriot Act which was hastily pushed through in the wake of 9/11, with coronavirus fears being weaponized to justify the urgent need for greater oversight into people’s movements and activities. It would give ostensibly democratic governments the same obsessive surveillance power as regimes in China and North Korea and stifle independent thought.

Like the coronavirus, the all-out assault on encryption shows no signs of letting up.

Do you think the coronavirus is being exploited to erode civil liberties? Let us know in the comments section below.

In the wake of the coronavirus outbreak and a looming recession, U.S. President Donald Trump and his administration are contemplating...